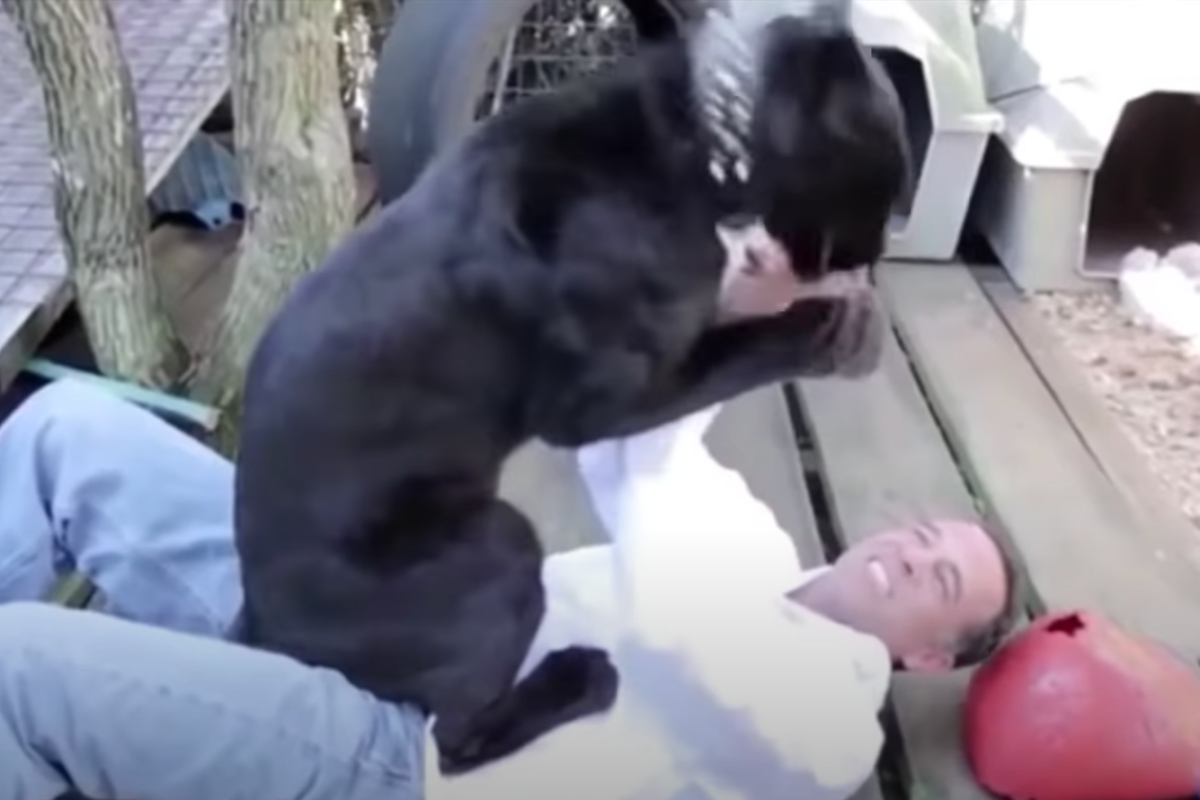 A Florida man who paid to play around with a black leopard was viciously mauled by the big cat after the animal remembered that it’s a violent, dangerous animal.

Florida Man Pays for ‘Full-Contact Experience’ with Leopard, Gets It

Dwight Turner of south Florida paid $150 to play with a leopard. Unfortunately for him, the leopard played back. Detectives from the Florida Fish and Wildlife Conservation Commission say the attack happened in the backyard of a home that purports to be an animal sanctuary run by Michael Poggi.

Poggi’s Facebook page claims that he runs an animal sanctuary for “rare and endangered animals.”

According to the FWC, the leopard attacked Turner as soon as he entered the enclosure. Poggi had told Turner that he would be able to play with the animal, rub its belly like it was a dog, and take pictures with it. Instead, Turner left the enclosure with horrifying injuries. Reports say Turner’s scalp was left hanging from his head and his right ear was ripped in half.

Poggi owns the leopard legally but acknowledged to authorities that allowing people to play with captive wildlife in such unsafe conditions (or at all) was illegal.

The Facebook page for Poggi’s Animal House has been made private since news of the attack broke.

Let this be a lesson to anyone considering paying one hundred and fifty dollars to have a roughhousing session with a wild apex predator being kept in a cage in a random Florida man’s backyard: doing that is not a good idea. That feels like it should have gone without saying but we might as well put a warning label on this just like we do with everything else.