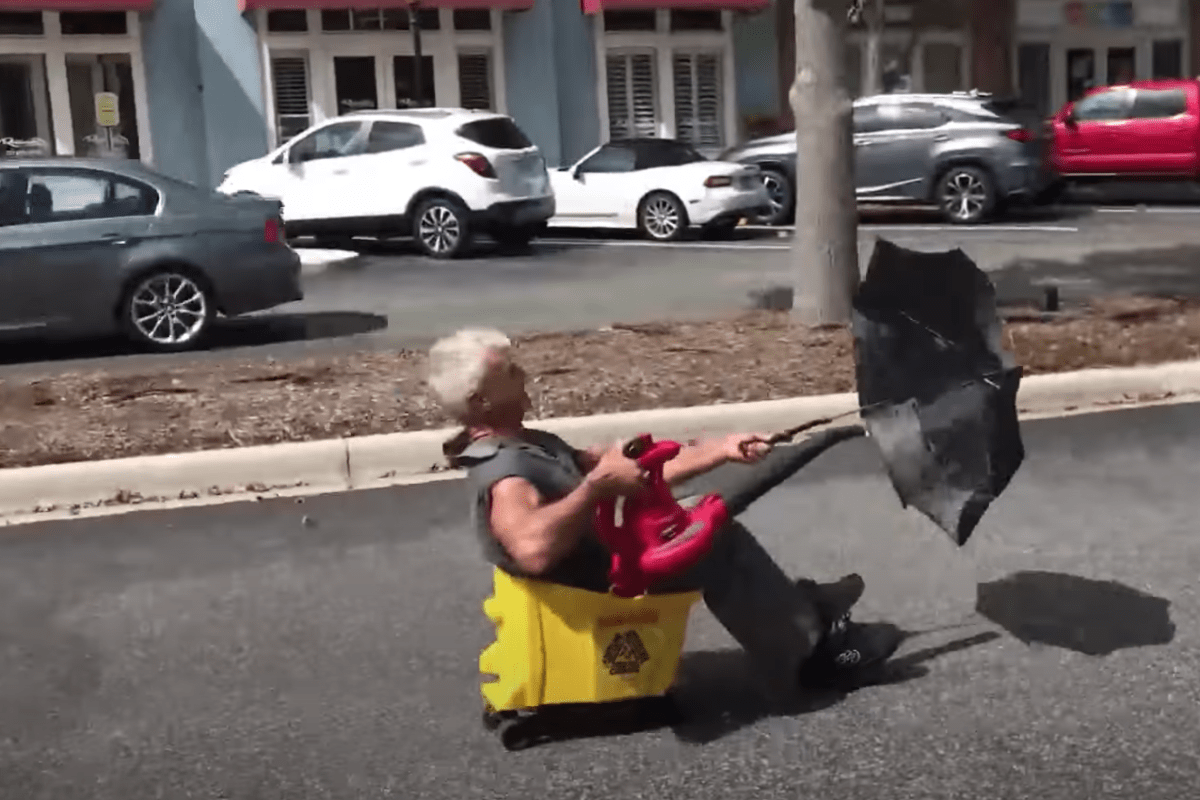 A Florida man has taken redneck innovation to glorious new heights with his leaf blower powered car that he calls a “blue-collar limousine.”

Do you have a mop bucket, an umbrella, and a leaf blower? Then you too basically have an automobile. (Feel free to substitute a skateboard or wheelchair for the mop bucket). Clearwater, Florida janitor Brian Kahrs realized as much the other day and decided to cruise around the town in his newfound, one-man car service.

And people were impressed by how the janitor solved his transportation needs.

CLEAN MACHINE: This janitor combined a mop bucket, a leaf blower and an umbrella to create what he calls his "blue collar limousine."

The New York native turned Floridian was filmed driving around Scientology’s Galactic Capital in his mop bucket motor vehicle and everywhere he went people seemed to appreciate his ingenious invention, even if his blue-collar limo service isn’t exactly suited to transport more than him at this time. (Maybe you need to hook an office chair onto the mop bucket?)

Regardless, everyone from ABC News to USA Today featured the Kahrs’ car and, as expected, people from across the United States are basically saying “lol Florida.”

But no, dammit. This isn’t Florida nonsense. This is American beauty. This is a hot tub in a pickup truck’s bed. It’s a shotgun that shoots blasts of ice-cold Budweiser. It’s an eagle perched on a monstrous pair of fake boobs. It’s a shopping mall with a gun store in it. It’s a fistfight over the strike zone at a little league game. It’s someone dying after winning a chili eating contest. It’s public sex at Disney World.

This man and his invention is a credit to our nation. If Thomas Edison was seen driving around in this 120 years ago people would’ve thought he was a god. As far as I’m concerned Brian Kahrs is an American saint.

Watch: Al Capone is One of the Many Ghosts to Haunt This Chicago Hotel