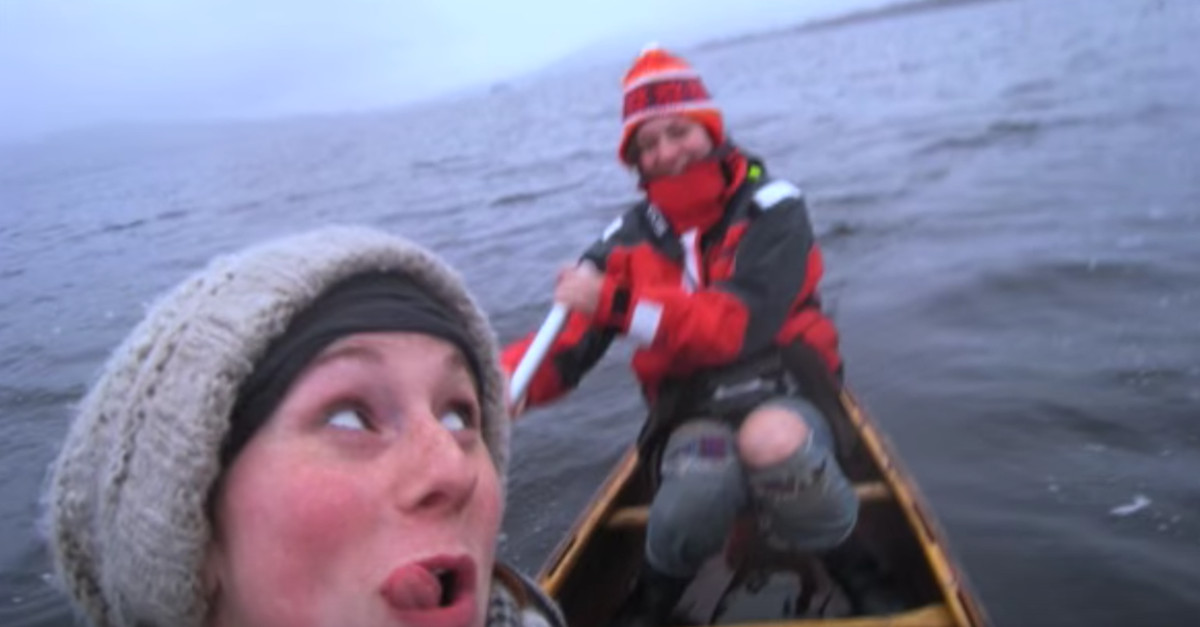 It’s cool to see videos and photos of some of nature’s most surreal moments, but these two women got to see a truly incredible live show: a murmuration of starlings.

They were in a canoe on the River Shannon when all of a sudden they stumbled across this amazing phenomenon.

How many birds do you think there were?

The two women, Liberty Smith and and Sophie Windsor Clive, created the short film that captured one of nature’s most interesting phenomenons.

“To watch the uncanny synchronization of a starling flock in flight is to wonder if the birds aren?t actually a single entity, governed by something beyond the usual rules of biology,” the wrote on their website.

Starling murmurations occur most often at dusk, when the birds gather together for the night. They can consist of a few hundred or tens of thousands of individuals.

How do they make those patterns? How do they all stick together? Scientists say that when one bird changes speed or direction, the seven closest birds respond in kind.

Why do they do it? Scientists think the rapidly changing directions may confuse predators.

And finally, did the young ladies who made this video already know the word murmuration or did they have to look it up?