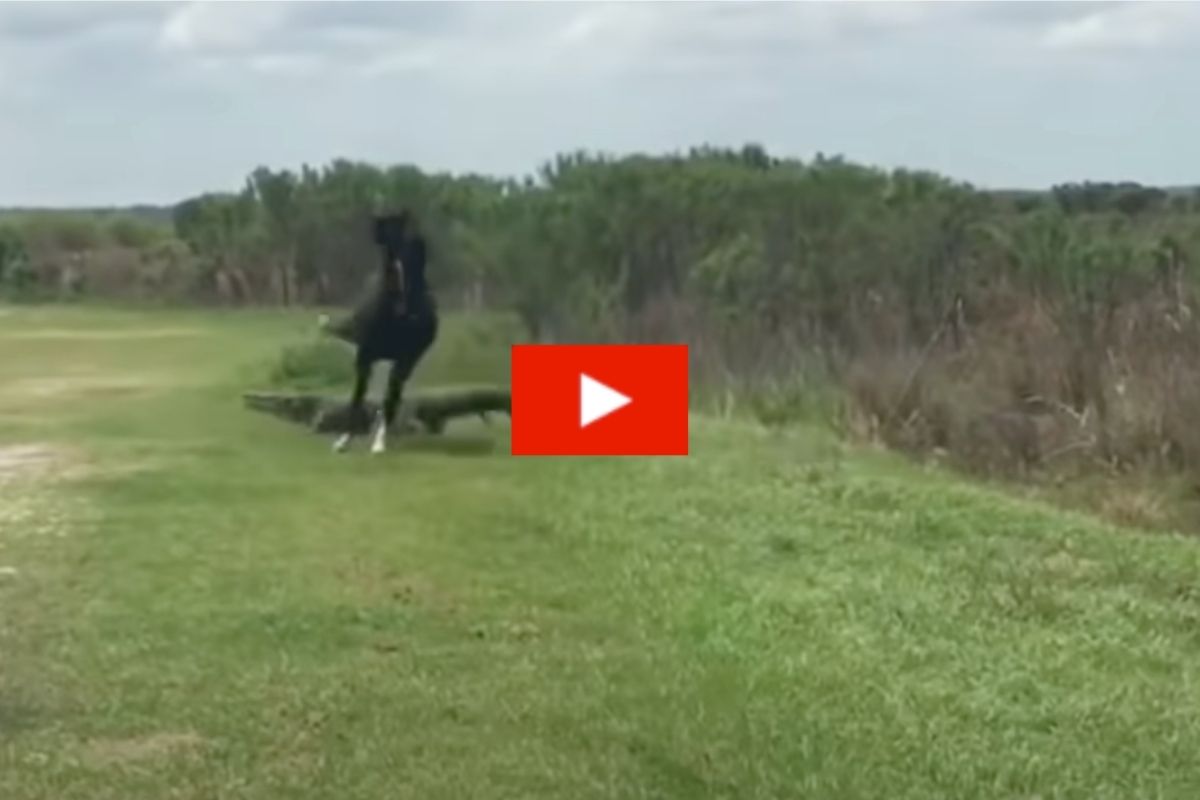 Tourists at a Florida state park expecting a day filled with natural wonders and sunshine instead got a firsthand look at how powerful and scary nature can be when they witnessed a wild horse curb stomp an alligator.

Krystal M. Berry happened to be at the right place at the right time Wednesday to capture the animal confrontation at the Paynes Prairie State Park, which is located just south of Gainesville.

Berry said of the encounter that, “I’m still shaking.”

The video begins with the horse and the rest of its herd grazing near feet from the gator, which appears to be sunning itself. Apparently not one to take any chances, the horse decides to let the gator know that if it tries any funny business, the only thing that’s going to be on the menu is a hoof to the skull. The horse then, rather spryly, delivers a kick to the head of the gator, which in turn tries to jump spin and bite the horse.

The horse then went back for another round, just in case the gator didn’t get the message the first time. The tourists, meanwhile, all looked on, stunned at the display of natural power unfolding before them.

1. What a great reminder that human beings are basically giant infants compared to most of nature. Watching that makes me feel completely helpless. All I can think is, “I wonder which one of those animals could cave in my little grape-like head faster?

How did we ever conquer this planet? Are spears, fire, and teamwork really that great? It feels like maybe the rest of the natural world just choked away an easy victory.

Editor’s note: This article was originally published on May 20, 2020.