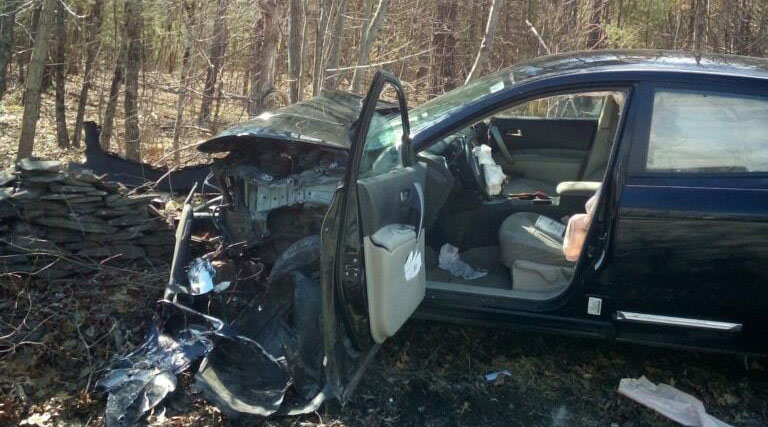 Spiders are, figuratively speaking, evil. They look like God outsourced their design to H.R. Giger, who then drew inspiration from the worst acid trip of his life. They’re eight-legged poisonous vampires with a thousand eyes. They’re higher than humans on the food chain in Australia.

There is a lot not to like about spiders but, if we’re being honest adults here, it’s almost entirely superficial. In reality, spiders almost always pose zero threat to human beings. In reality, spiders save human lives. They eat pests that give us diseases and destroy our food. They’re an incredibly beneficial animal that just, for whatever reason, comes in the least desirable package ever imagined. It’s like if vaccines were administered with syringes that were exact replicas of your grandpa’s penis. The tangible benefits would massively outweigh the aesthetic problems that came with them.

So, needless to say, nearly killing yourself to avoid a harmless but messed up looking thing is insane and stupid. It’s insanely stupid. It’s stupidly insane. Imagine walking into your fourth-floor apartment, seeing a creepy picture on the wall, and then jumping headfirst out the window. That’s what this woman essentially did when she crashed her car while panicking about her newfound spider passenger.

The Cairo, New York woman was driving along Silver Spur Road when she noticed a spider in the driver seat area. She then proceeded to scream and flail wildly — which the spider loved, no doubt — and then she crashed her car into a small wall. The vehicle appears to be totaled and the woman suffered a leg injury. Because there was a spider near her.

In the United States you have a 1 in 50 million chance of dying from a snake bite. And, if a rattlesnake had popped up between the woman’s legs then this car accident would be entirely justified. Spider bite deaths account for about 7 people year. An adorable puppy is more likely to rip your throat out and chew on your limbs as you fade to black than a demon-looking spider is to murder you.

Long story short, try not to endanger yourself and other motorists over dumb stuff.

This story was originally published April 10, 2019.

Watch: When the Weather Gets Extreme in Texas Scorpions Start Invading Homes