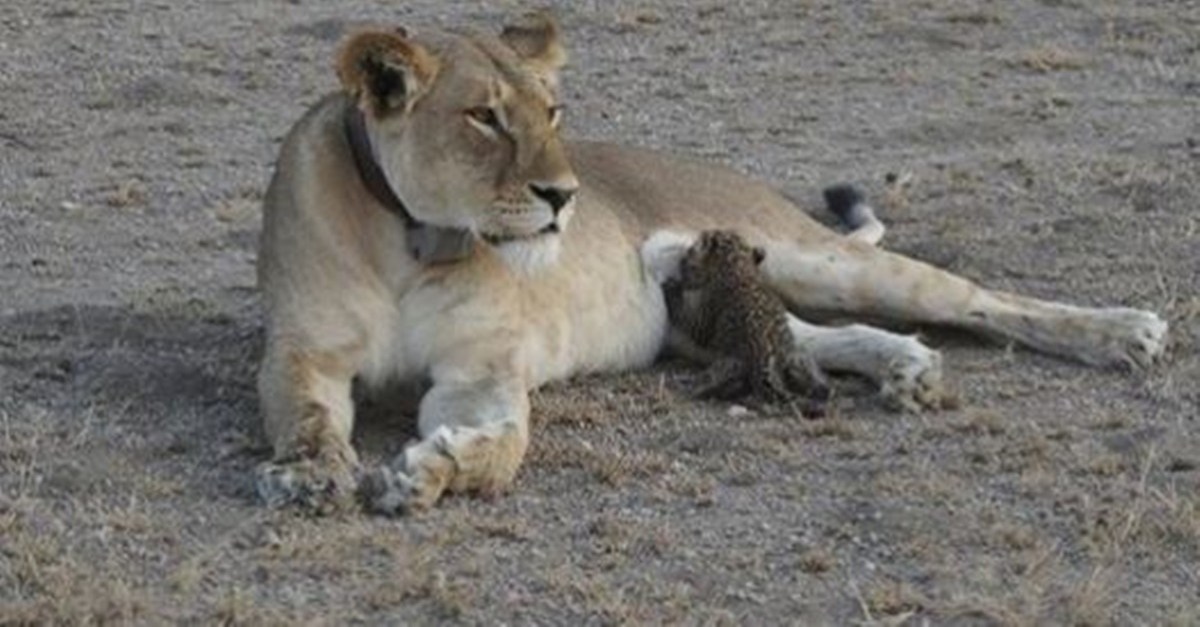 This 5-year-old lion may have lost her cubs.

The baby leopard is probably an orphan.

They somehow found one another in the wilds of Tanzania.

This week, a guest at a lodge in the Ngorongoro Conservation Area, a United Nations World Heritage site, captured the incredibly rare moment when the two animals united and nursed contentedly.

A WORLD FIRST…. Our lovely Nosikitok, in a surge of maternal confusion, briefly adopted a 3 week old leopard cub. Seen…

“To observe a thing like this is very unusual,” said Ingela Jansson, head of the KopeLion conservation group, which seeks to resolve the conflict between lions and local residents, who hunt the predators in order to protect their livestock.

Experts figure the lion had lost her cubs because they were nowhere nearby and that the leopard cub had lost its mama.

“Cross-species nursing for wild cats, and other wildlife for that matter, is extremely unique,” according to a statement from Panthera, a wild cat conservation group based in New York.

While there have been cases of adoptions and suckling among wild cats and other animals of the same species, the photos stand as proof of the occurrence.

RELATED: Mama leopard spots a deadly python lurking near her cub and turns it into dinner in the blink of an eye