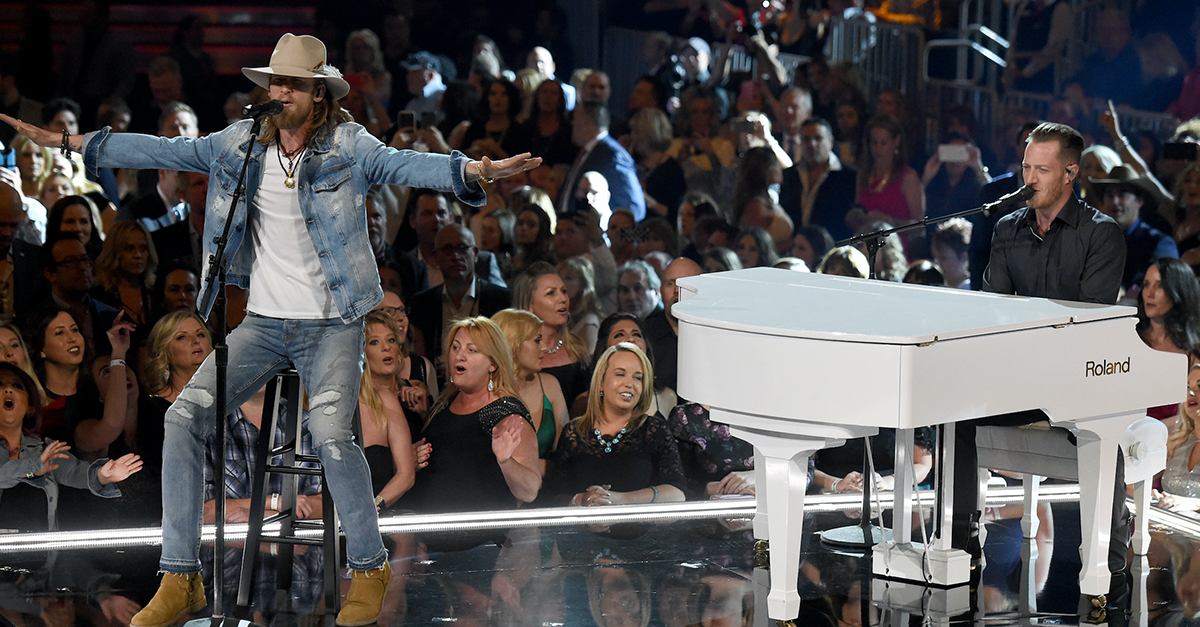 Florida Georgia Line made a big splash into the waters of pop music April 26 with their surprise performance at The Chainsmokers concert in Cincinnati.

For those who aren’t hip to The Chainsmokers, the pop duo is on top of the charts these days, and they tapped the hottest duo in country music to sing on their new song, “Last Day Alive.” It’s the closing track on The Chainsmokers’ new album, “Memories?Do Not Open,” which also features a guest appearance from Coldplay.

FGL’s Brian Kelley posted a video of the performance with The Chainsmokers on his Instagram account with the caption, “What a freaking Wednesday night. Let’s do this some more.”

The story of how the collaboration happened is pretty crazy in itself. A few months back, Brian randomly told an interviewer they’d like to collaborate with The Chainsmokers at some point. Just a few weeks later, they got the call from The Chainsmokers about singing on “Last Day Alive.”

FGL’s Tyler Hubbard says, “It’s just funny how we really do feel like it?s kind of a God thing and it was definitely meant to be.?

Of course, Florida Georiga Line currently has a big hit on the country chart with their Backstreet Boys collaboration, “God, Your Mama and Me.” It’s included on their current album, “Dig Your Roots.”