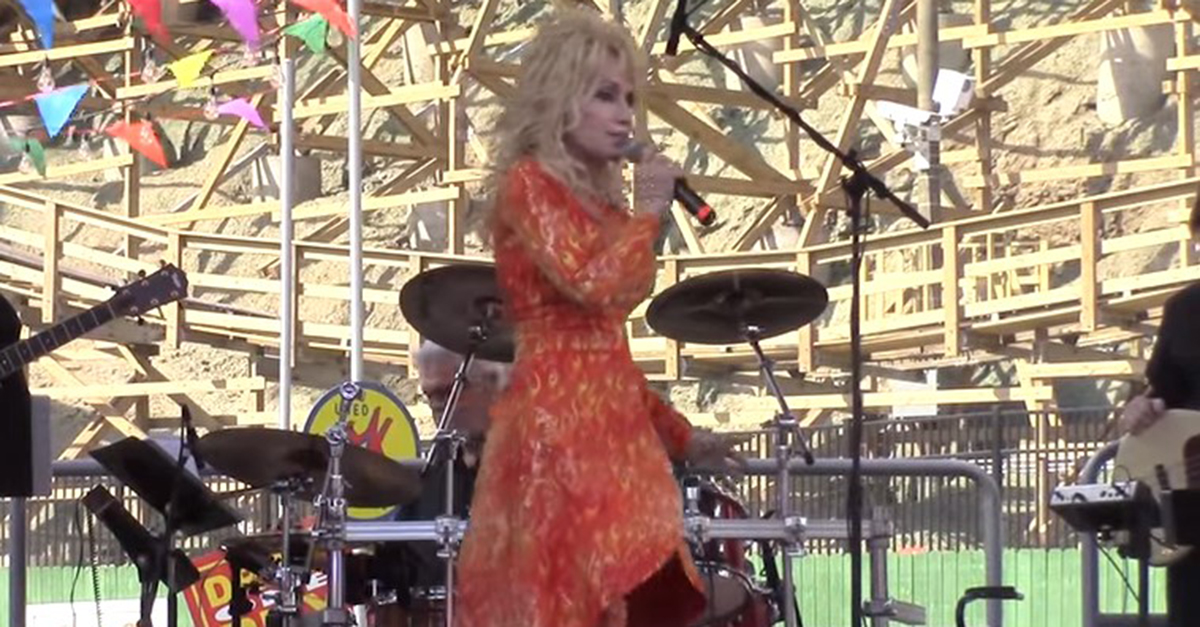 While theme parks are scattered all over this country, Dollywood is hands down one of the best.

Dolly Parton was recently on hand to introduce the parks brand-new roller coaster. While she may have been unaware of the coincidence, the press conference was just days before the anniversary of her first ever radio single that hit the airwaves all the way back in 1959!

RELATED: Dolly Parton and Katy Perry joined forces for an amazing duet you have to see to believe

As we know, Dolly is always willing to burst into song but before she did, Ms. Parton told the story of how the song came about and why that particular part of Dollywood was so special to her.

?When I was working with Cas Walker, I started when [I was] about 10 years old singing on radio and television and the Pines Theatre they had in downtown Sevierville,? she told the crowd from the stage. ?Cas used to bring his show up from Knoxville on the weekends so I was singing with that. I recorded a little song that my Uncle Bill Owens, who helped me get started, that we wrote back then. This was my very first record. Here?s how I sounded back then too – haha!?

Oh Dolly, we love the way you sound all the time.