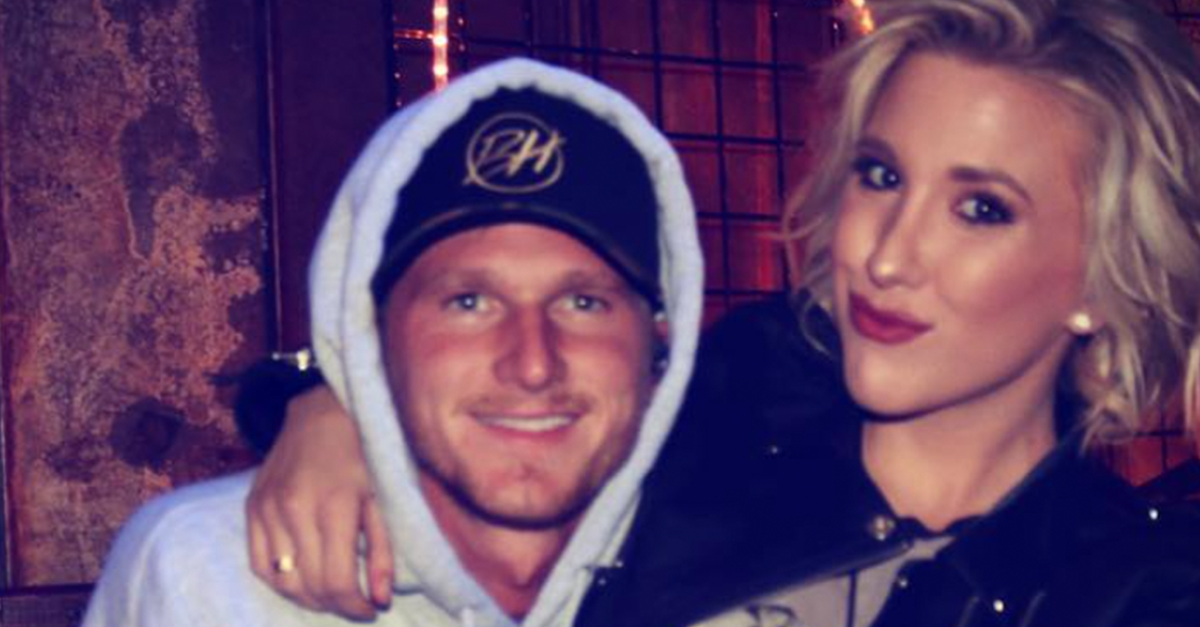 Life is moving awfully fast for “Chrisley Knows Best” star Savannah Chrisley these days. About a week after the serious car accident that left her with a broken vertebrae, the 19-year-old TV star took to Facebook Live on the evening of Jan. 25 to announce she is no longer dating her boyfriend of two years, Blaire Hanks.

Savannah explained that the times with Blaire were some of the best of her life, and she admits the split hurts.

Savannah says, “He was the definition of my first true love. He was what I hope you guys’s first true love is all about. I’m speaking to you younger girls that are watching right now.”

She went on to say that she’s now planning to focus on herself following the breakup. She also wishes nothing but the best for Blaire and hopes they remain best friends going forward.

In an effort to keep the peace, Savannah also asked her fans to be kind to Blaire on social media.

She says, “I hope you will do me a favor and don’t send hate his way. Don’t make mean comments. Don’t send negative vibes, ’cause he doesn’t deserve that. We’re young. We had our young love. It was awesome.”

Being in the public eye may have been one of the reasons Savannah and Blaire’s young love is now ending, though.

“Being in the spotlight, that’s the hard part,” Savannah explains. “It was hard to keep our relationship just to ourselves. Maybe that’s why we’re at the point we’re at now.”