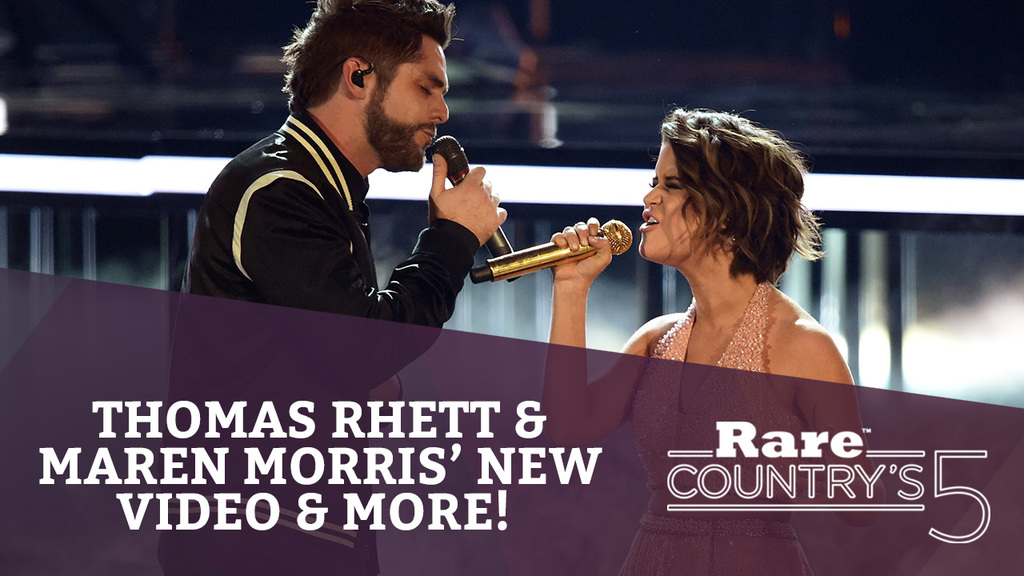 It must have been two-fer week in country music, you know, two-for-the-price-of-one, because everywhere you looked and listened, things were happening in smoking hot pairs. And in this week?s Rare Country?s 5, host Erin Holt is doing a double-take as she checks out twice the talent in our five biggest news stories of the week.

There was double the dazzle when Kelsea Ballerini teamed up with Jamie Lynn Spears for a sassy tribute to Jamie Lynn?s celebrity sis, Britney. Meanwhile, Keith Urban and Carrie Underwood are giving us the old song-and-dance with an entire dance movement inspired by the video for their hit single, ?The Fighter.?

Sexy Shania Twain enlisted the help of handsome pop star Nick Jonas for a performance of ?Party for Two? and the pair discovered they were mutual fans of each other. Erin has the scoop on that story. Hit-makers Thomas Rhett and Maren Morris finally delivered the video for their smash, ?Craving You,? and it is everything we wanted it to be. Heck, so was Florida Georgia Line?s surprise collaboration with pop duo Chainsmokers, but how could it not be?

RELATED: A pair of country superstars makes a huge leap into the pop world with this performance

Erin has all the details on these great stories and performances in the weekly Rare Country?s 5 video. Thanks for checking it out and be sure to come back next week for more of the news in and around country music.