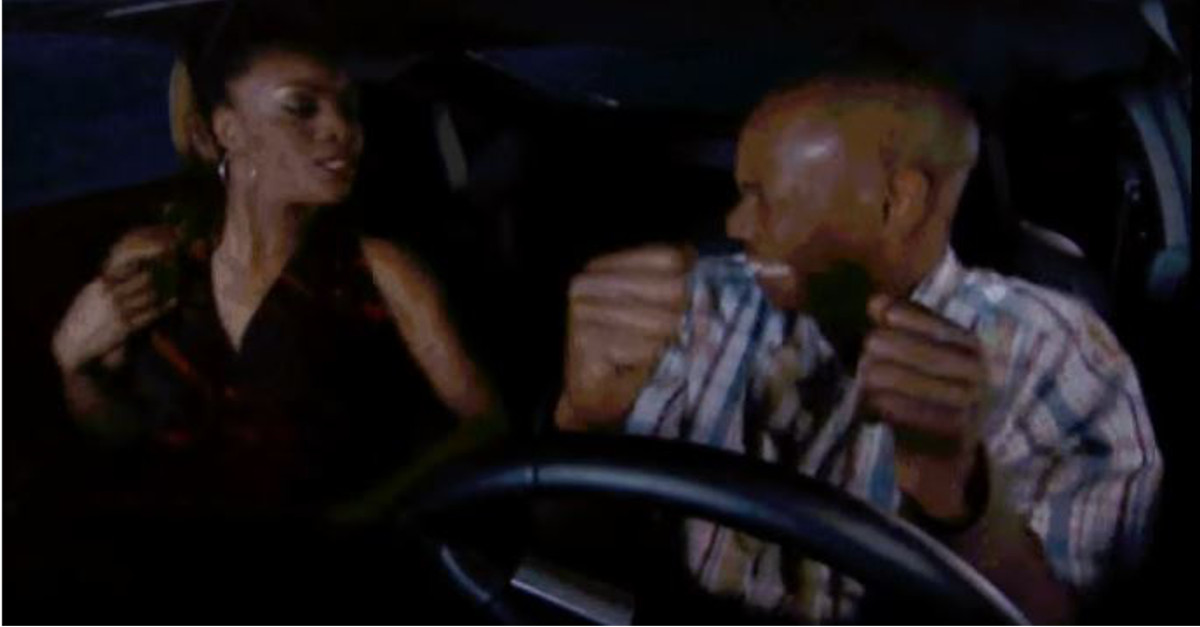 In 2003, Mitsubishi released this video to advertise the 3G Eclipse. In the ad, a woman is dancing in a car erratically as a car drives along a street at night.

RELATED: Chappelle came out with an hour of anti-Clinton material

Dave Chappelle parodied this ad by driving around a similar woman in a Mitsubishi and then dropping her off by the side of the road when he gets freaked out by her dancing.

“All that crazy dancing was making my penis go soft,” he said as he drives away.

“That is what I call dancing,” Chappelle said to the new girl. “You shoulda seen the girl who was sitting here before you.”

He then spots her and drives through a puddle right next to her, all the while the new girl twerks next to him.

He then shows slow-motion of the malfunction, focusing on his face as her breast pops out of her shirt.

“You know the worst part about that? I felt guilty afterward like I did that with my mind.”