Fallon and Shaq face off in an epic Lip Sync Battle 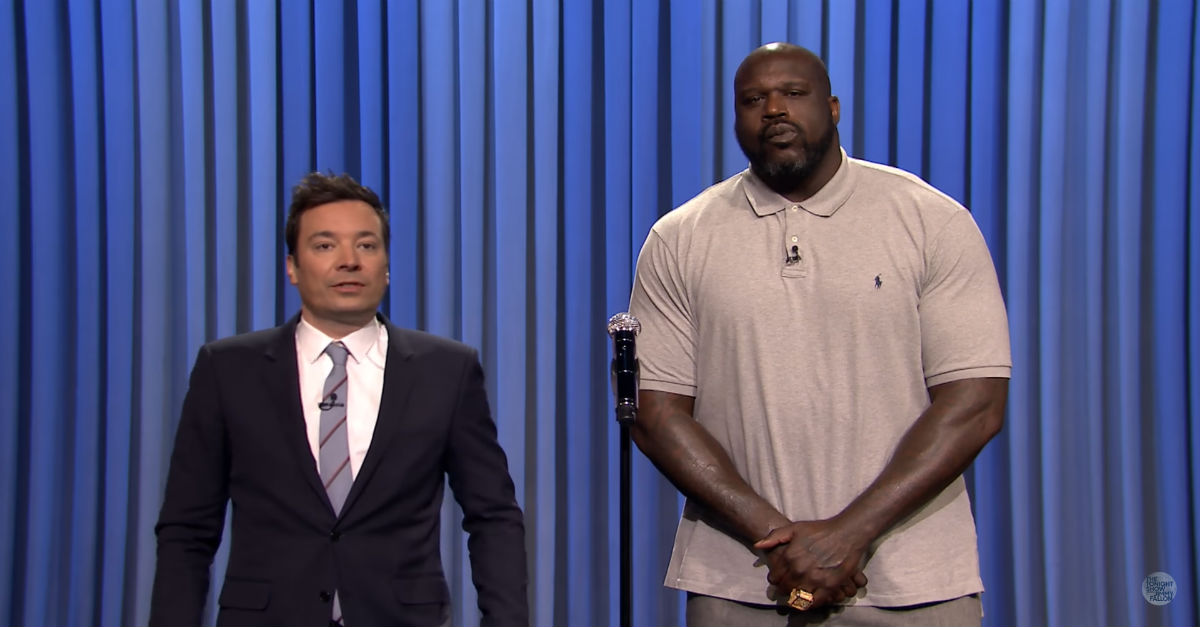 To kick off this battle, Fallon got his studio audience pumped with an energetic rendition of House of Pain?s hit ?Jump Around.? And then it was Shaq’s turn. He dragged an audience member on stage to dance with him as he mimed along to Bobby Brown’s ?My Prerogative.? He was also joined by Pitbull, who was the show’s musical guest.

Jimmy changed his costume for the second round, emerging from behind a dresser as both John Legend and Ariana Grande before lip syncing to their version of “Beauty and the Beast,” from the new movie.

The showdown concluded when the two competitors joined forces for a rousing rendition of the Elton John & Kiki Dee classic “Don’t Go Breaking My Heart.”

To celebrate the opening of the new “Race Through New York Staring Jimmy Fallon” ride at the Universal Resort, “The Tonight Show” is being taped in Orlando this week.