Well, the L.A. Beast is back at it again and this time, he’s not just eating one insanely hot pepper, he’s eating two–a Carolina Reaper and a Chocolate Bhutla.

The reaper is currently recognized as the hottest pepper in the world, but the Bhutla is about to take that title.

RELATED: He had never tried anything spicy in his life and decided to change that by eating a ghost pepper — it did not go well

Shortly past the three-minute mark, this poor fella dives into to the Bhutla to see what it’s all about. Less than a minute later, he declares that it was probably the worst mistake of his life—I’d have to agree.

Roughly around the six-minute mark, he reaches for the trash can so beware of the pukefest. I have no clue as to what possesses people to do this to themselves but you’d never catch me doing something like this—absolutely not! 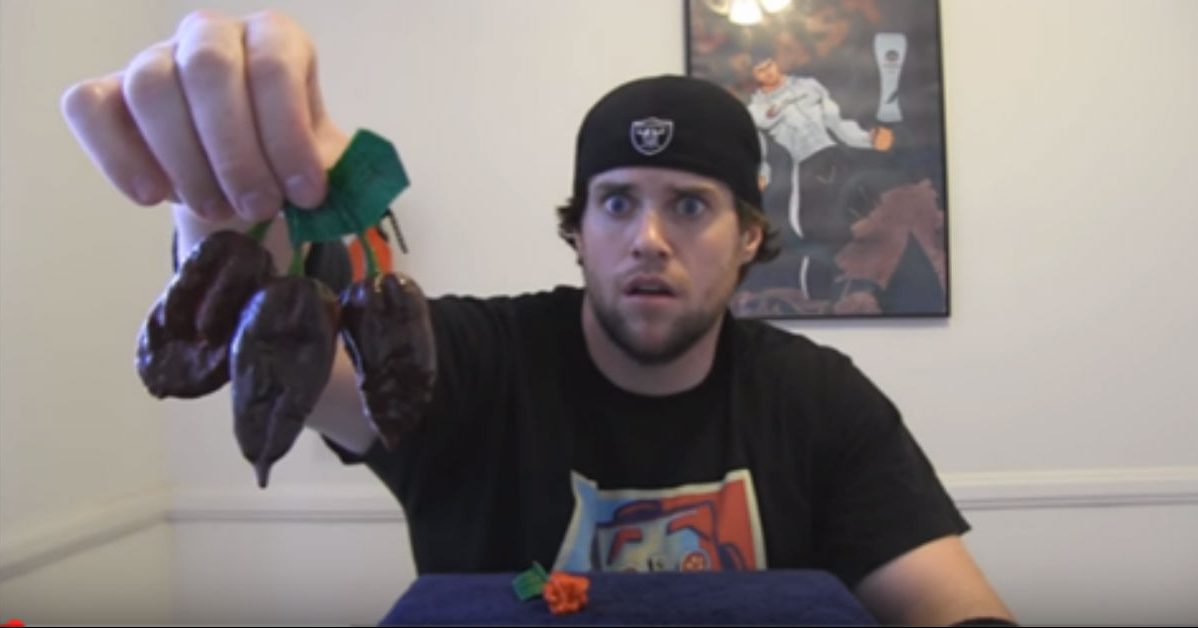