Abbot and Costello, the classic comedy double-act, Bud Abbott being the straight man and Lou Costello being the funny man, are best known for the bit they made famous: “Who’s on first?”

RELATED: This video of Jack Black appearing on a Korean game show is the single weirdest thing we’ve ever seen

The bit, which has the two arguing over a misunderstanding based on the name of a first baseman, is one of the best-known comedy bits, arguably, of all time.

Jimmy Fallon, alongside sidekick Steve Higgins, wrote a sequel to the sketch, bringing in the titular basemen from the original as well as adding more confusingly-named people into the skit.

The cast consists of the first baseman, played by Billy Crystal, who voices Mike Wazowski in “Monsters Inc.,” the second baseman, played by “Tonight Show” head writer A. D. Miles, and “I Don’t Know,” played by Jerry Seinfeld, who made and starred in “Seinfeld”.

The bit plays through all the hits of the original, with the twist of having the rest of the basemen appear within the skit. Even though it’s not quite as good as the original, it’s a good update, which is usually all you can expect from a sequel. 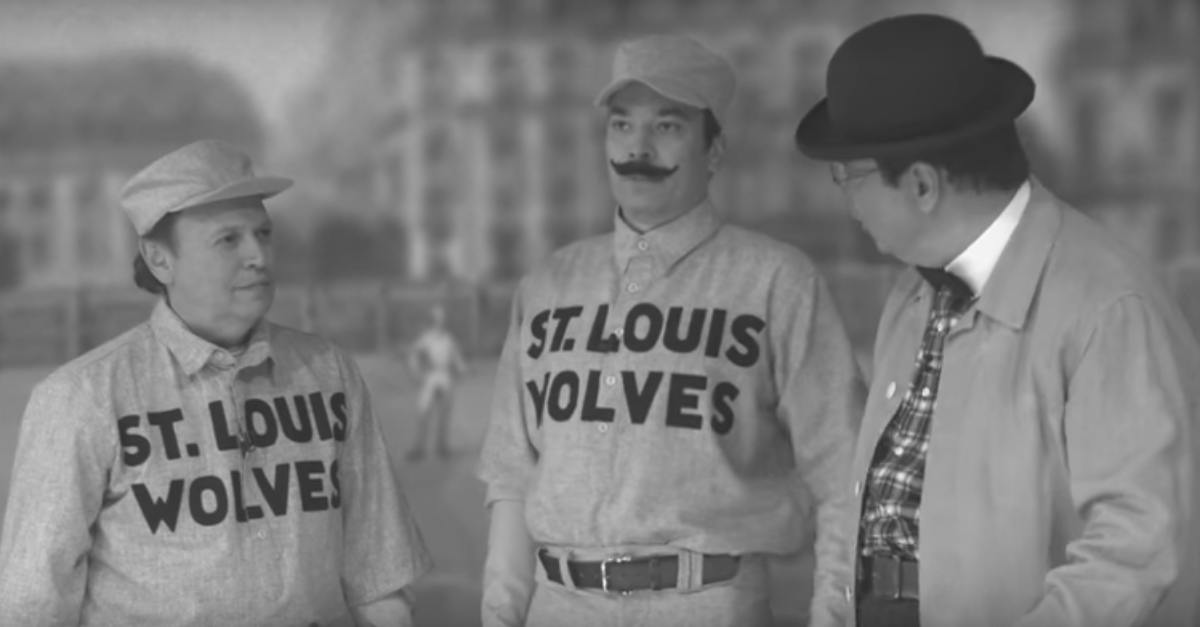