Apparently this rat really wanted something to eat. So much that it decided to test its strength on some curbside trash.

A man caught the rodent emerging from a trash bag and began to film the rat as it started to drag the bag from the curb using only its teeth. The rat took several short breaks as it struggled to pull the trash bag across the sidwalk. Eventually a slice of pizza popped out of the bag. The rat scurried back to its burrow seemingly content with the find.

RELATED: Watch this video of a person massaging a fart out of a dog

Good job, little guy. You deserve that slice of pizza. 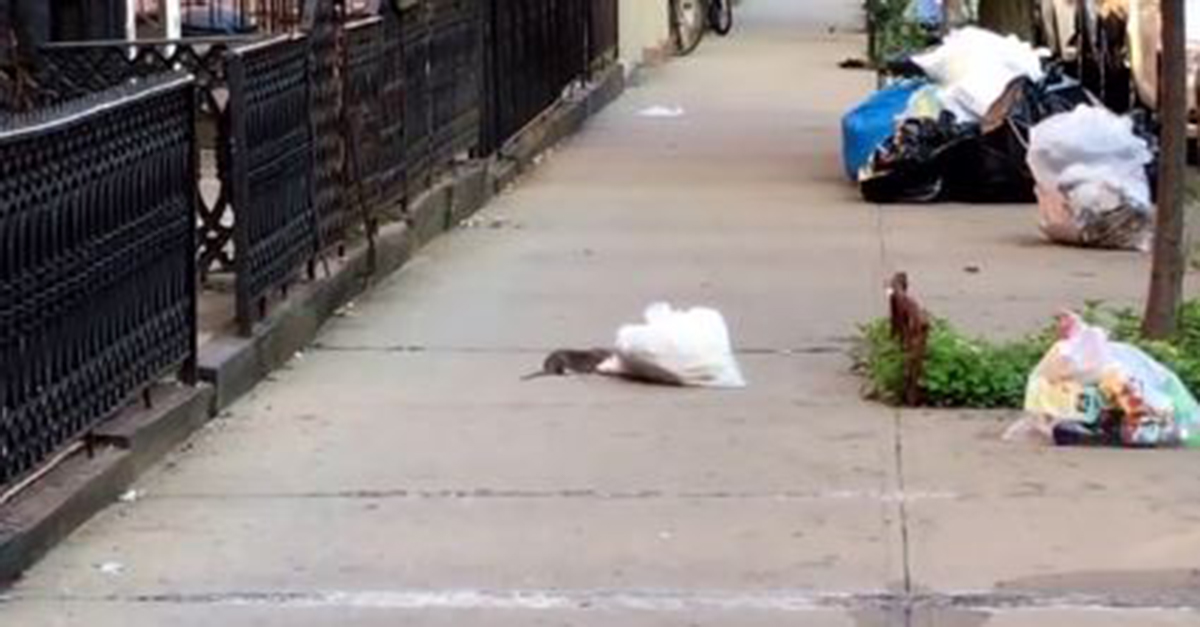