When this weatherwoman made a gaffe on live television, she was laughing too hard to give the forecast 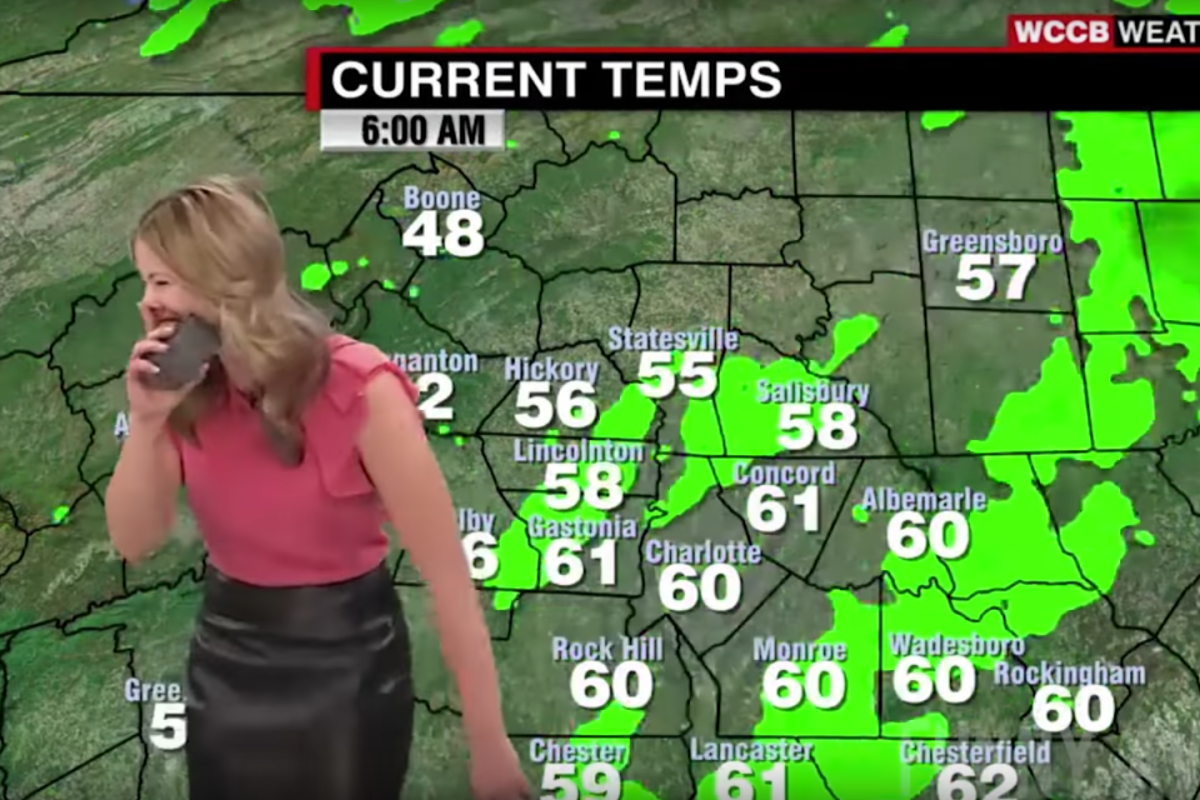 Weathergirl Kaitlin Cody couldn’t keep it together last week when the anchors at local Charlotte station, WCCB, started talking about Adam Driver, who she finds hilarious. Unfortunately, she let out a little too much information when she told the news desk that “he kind of looks like my brother.”

Cody tried to backtrack by saying “I didn’t say he was cute” but when one of the anchormen started humming something that sounded eerily similar to the song from “Deliverance,” she couldn’t keep it together. Finally, she called in another meteorologist to take care of giving the weather.

According to her bio on the WCCB website, Kaitlin is “an animal person, and loves to exercise. You can catch her running outside, or playing with her dog Luke.”