A golden retriever named Storm is being called a hero after the dog rescued a baby deer in the Long Island Sound.

RELATED: When a bear cub and a fawn met, the one you’d least expect got really scared

Storm and another dog were out for a walk with Mark Freeley, his owner, Sunday morning when the canine spied the deer struggling in the water.

“Storm just plunged into the water and started swimming out to the fawn,” Freeley told CBS New York.

Freeley then took video of the daring rescue and provided narration too.

After bringing the fawn to shore, Freely called some experts to help it out, but it was so spooked that it ran back into the water. Freeley and Frank Floridia of Strong Island Rescue had to wade into the water to rescue it a second time.

RELATED: Watch the moment a man rescued a screaming baby deer from a soccer net as her mother lingered nearby

The fawn is currently at an area animal rescue until it is properly treated. 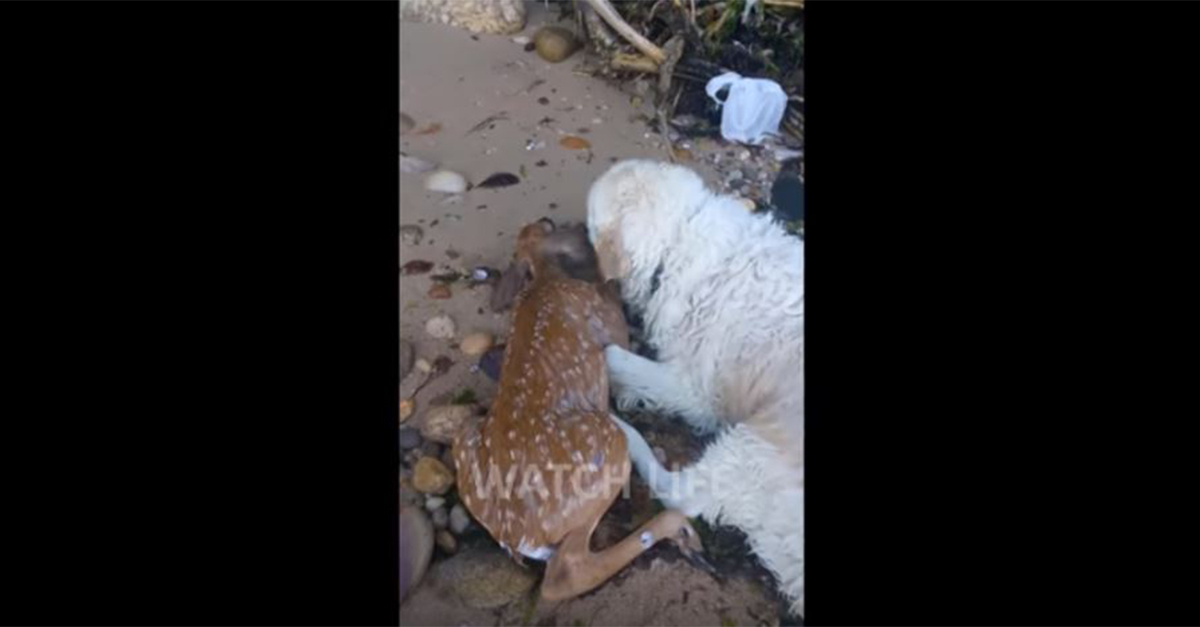