This pup has something to say, and he won’t take no for an answer.

When these dog owners came home to a mess, they attempted to reprimand their spirited Husky, Blu. But Blu was having no part of it.

RELATED: Sassy talking pup tries to tell owner that all he hears is “blah, blah, blah”

According to Rumble, Blu was told to be a good boy while mom and dad went out, but he had other plans.

When the folks came home and tried to give him a stern talking to, Blu flat-out refused to let them speak. 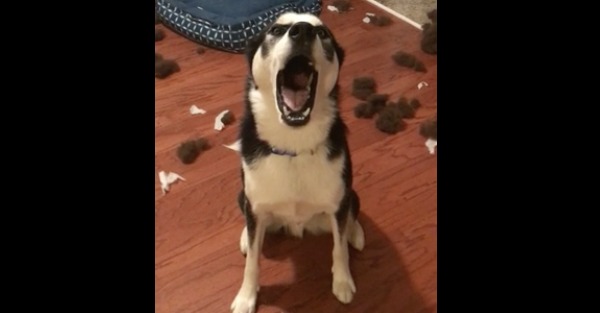