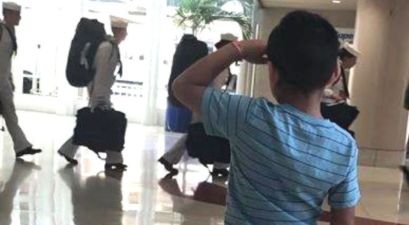 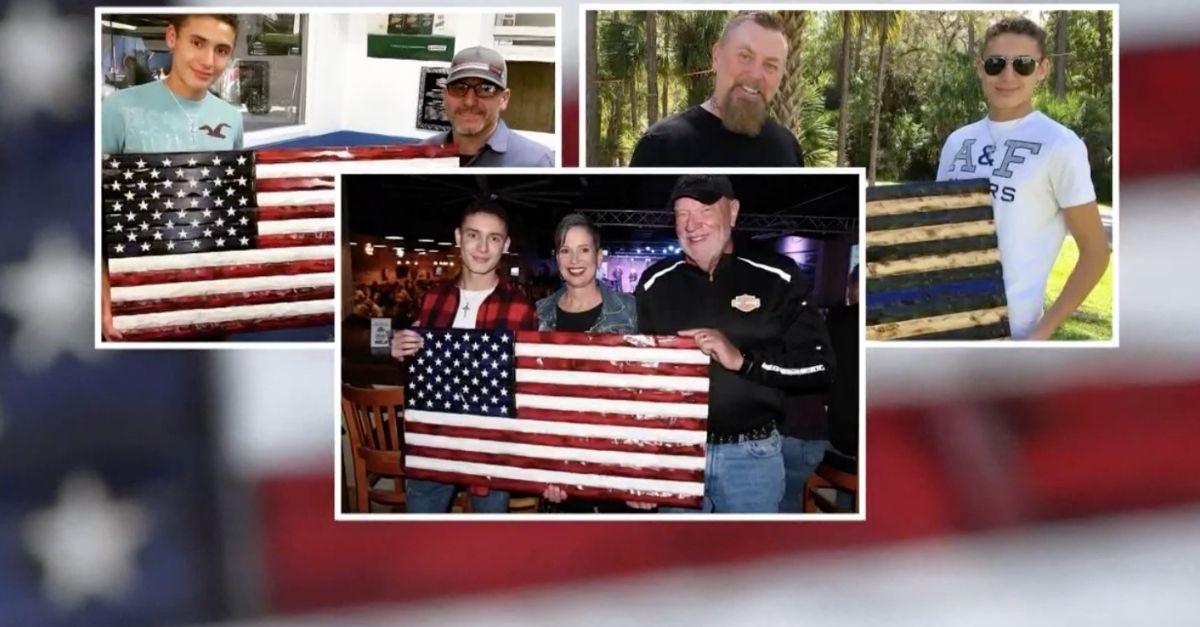 via WTSP
via WTSP

“The most important thing with a story is to listen to it,” were the wise words of high school sophomore, 15-year-old Lorenzo Liberti.

Back in 2019, Lorenzo and his family, along with their church youth group, went to go take food to a homeless shelter, which turned into a conversation between Lorenzo and a homeless veteran, sparking an idea for a project that would turn into something amazing. Lorenzo carves and creates wooden American flags from pine wood in Lakewood Ranch, Florida, to sell for a special cause.

The teenager creates the heroic flags to sell, giving the money back to Turning Points, a non-profit organization in Bradenton dedicated to helping homeless veterans back on their feet. With the help of his father, Gaetano Liberti, they carve, sand, burn, stain, and polish the wood until the one, three, five, or seven-foot flag mimics the national flag of the United States.

Taking about 15-20 hours to complete, even Lorenzo’s younger brother, Valentino Liberti, helps out. It all came together when Turning Points had asked Lorenzo to play the national anthem on his violin during the 2019 Christmas fundraising event. Lorenzo had also decided to donate two of his wooden American flags that raised $2,300 for the organization that night.

Oh his flag’s website, he wrote, “My summer DIY project became a much bigger endeavor than I could’ve ever imagined.” Seizing an opportunity to change lives with his passion, he started a GoFundMe page to raise money and donate to Turning Points. His goal is to raise $20,000 for the supplies and donate $30,000 to Turning Points, and as of now, he’s almost at his $20,000. His GoFundMe page explains in detail how he also hopes to have one of his “Heroic Flags” in one hospital per state around the United States.

With his mom being a healthcare worker in the Sarasota Memorial Hospital network, he also wanted to use his passion to help frontline healthcare workers and first responders while they fight COVID-19. His father, Gaetano, said, “It’s really about giving back; him understanding that it’s not about him, that he’s capable of doing things that are above and beyond himself.”

I’m not sure what Gaetano and his wife did in raising an angel, but they did an amazing job in raising a kid who thinks about others more than himself in a generation that prioritizes the self first. Lorenzo isn’t trying to do anything for himself in this situation, and in fact, is doing his best to not only help arm the fight against the coronavirus pandemic, but also against homelessness. Doesn’t anyone else see also see the connection between his last name being Liberti and the fact that he makes wooden American flags? Or is that just me?