Remember those great songs from your past that you couldn’t wait to hear more from that artist or band, but then you never did? Every decade of music has them, those “one hit wonders” that seem to only strike gold once then vanish. Even though the ’90s is one of those periods that people refer to as one of the greatest decades of country music, it had its own fair share of “one hit wonders. In this special edition of Rare Country’s 5, host Erin Holt is going to look at some of the most successful.

It was one of the most fun songs of the ’90s and one that we all sang along to. “Daddy’s Money” was a rip-roaring ode to the hottest girl falling for the unsuspecting guy. It seemed like it would forever give the band Ricochet a foothold in country music, but with the exception of a handful of Top 20 hits, they never quite got to ring the bell again. If you want to hear more, though, check out their single “What Do I Know” from their self-titled debut. The harmonies are crazy good.

This next hit was actually a cover song. R&B artist Tony Rich took “Nobody Knows” to No. 2 on the mainstream pop chart, but Kevin Sharp took it to the tip top of the country charts. The song was the first single from his debut album, “Measure Of a Man,” and while he didn’t repeat that musical success, he made a greater impact after surviving cancer as a teen, then working with the Make-A-Wish foundation as an adult. Sadly, we lost Kevin in 2014 from complications from previous surgeries.

“Dust On the Bottle” is a quintessential barroom favorite, but being a performing artist seemed to have less appeal for singer-songwriter David Lee Murphy. Although he had decent success with another Saturday night anthem, “Party Crowd,” he slowly backed away from the spotlight but rapidly became one of the more successful songwriters in Nashville, penning hits for Kenny Chesney, Jason Aldean and Jake Owen.

Bob Carlisle wasn’t actually a straight-up country singer. He came from the Contemporary Christian Music world. Still, when “Butterfly Kisses” hit the country airwaves, it hit big. It also made a stellar climb up the Adult Contemporary charts, too. It was a crossover smash and a wedding mainstay, but after that run, Bob happily stepped back into Christian music.

RELATED: These are the ’90s country stars who still hold a special place in our hearts

It really isn’t fair to call Billy Ray Cyrus a one-hit wonder. He actually had a handful of Top 10 hits, but nothing ever achieved the incredibly overwhelming success of the song so many loved to hate, “Achy Breaky Heart.” And we don’t think anyone else did for the mullet what Billy Ray did. Some may scoff at our suggestion that Billy Ray is a one-hit wonder based on the fact that “Some Gave All” is such a stand-out track honoring the military, but it wasn’t officially released as a single and by chart measure, it didn’t even crack the Top 50. That doesn’t undermine the meaning and importance of it, though, especially with Billy Ray as one of the song’s writers. 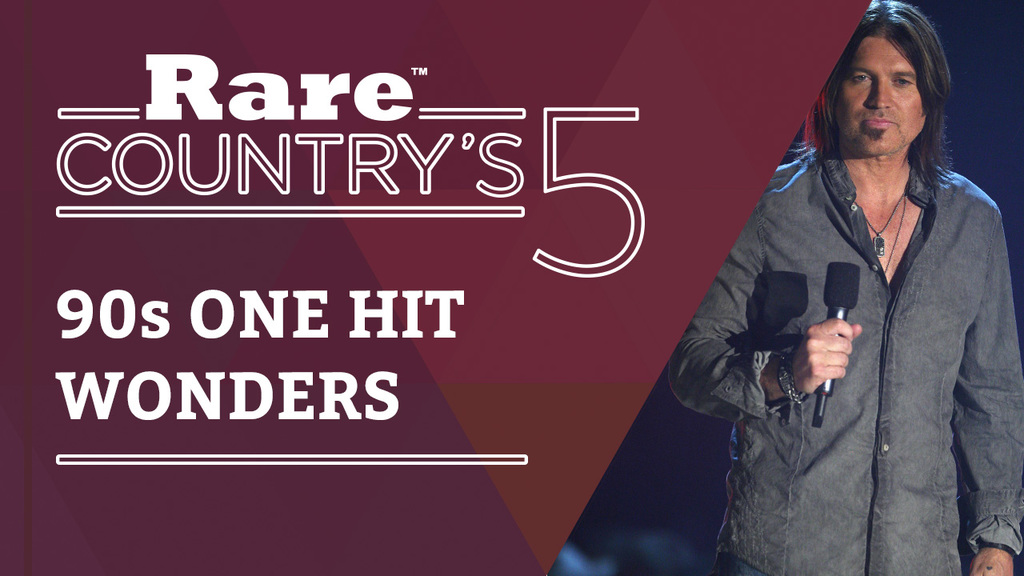