Trump announced that he chose Colorado judge Neil Gorsuch to replace Scalia, who passed away in 2016.

After being announced by @POTUS as the next Assoc Justice #SCOTUS Neil Gorsuch greets Maureen & Fr. Scalia pic.twitter.com/B1k95sGMJc

“Also with us tonight is Maureen Scalia, a woman loved by her husband and deeply respected by all,” Trump said. “I am so happy she’s with us.”

Trump later asked Mrs. Scalia to rise and noted that her husband’s “genius” was in his mind while he was making his SCOTUS decision.

Later in the night, Judge Gorsuch was able to meet Mrs. Scalia and her son, Rev. Paul Scalia. 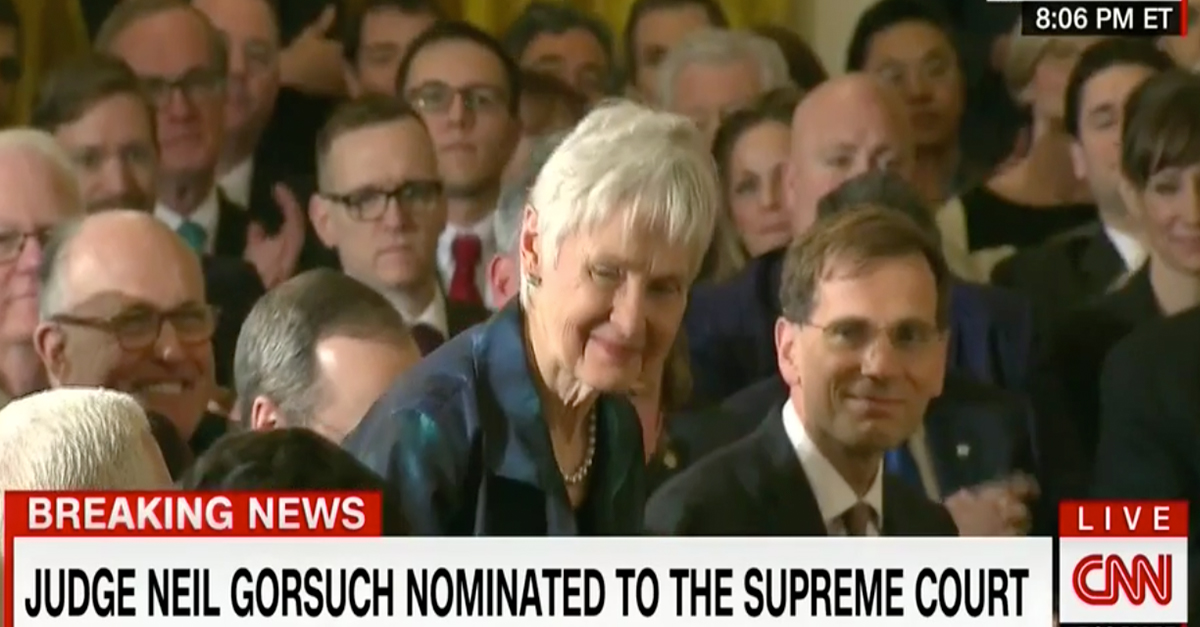