The medical director of the American Red Cross in Las Vegas killed his girlfriend, his infant son and the family’s dog before taking his own life, Nevada police say.

Police found the bodies of Dr. John Lunetta, 40, his girlfriend Karen Jackson, 35, and their son John Jr., who would have celebrated his first birthday Wednesday, plus their dog Monday night in their Las Vegas home.

Police say Lunetta owned a gun legally, and that he fatally shot his family before turning the weapon on himself. Relatives called police Monday night to check up on the family.

Neighbors told News 3 Las Vegas that prior to Jackson moving in about a year and a half ago, Lunetta was known for having had many women over to the house. Those neighbors also said that they never saw Lunetta and Jackson argue in public.

RELATED: A crowded Chicago highway was the site of a brutal murder-suicide, and things returned to normal at an alarmingly quick pace

However, as News 3 Las Vegas reported, some neighbors said they were aware of rumors that Lunetta was controlling and that the couple actually did argue quite a bit. They also said they spotted a moving truck outside the home over the weekend and wondered if Jackson was moving out.

Her SUV was still parked backward in the driveway.

Neighbors said they never saw Jackson between her job and her nursing classes, according to the Las Vegas Review-Journal. She was also an Air Force veteran, neighbors told the newspaper, and police have said the woman had a 10-year-old daughter from a prior relationship.

The girl was not home when her family was killed and is now with other family members, according to the newspaper.

Police say the bodies might have been in the home for a day.

Lunetta had a fellowship at Indiana University School of Medicine in blood banking and transfusions and received a medical degree from Kansas City University of Medicine and Biosciences. He studied genetics at Washington University in St. Louis and in Alaska. 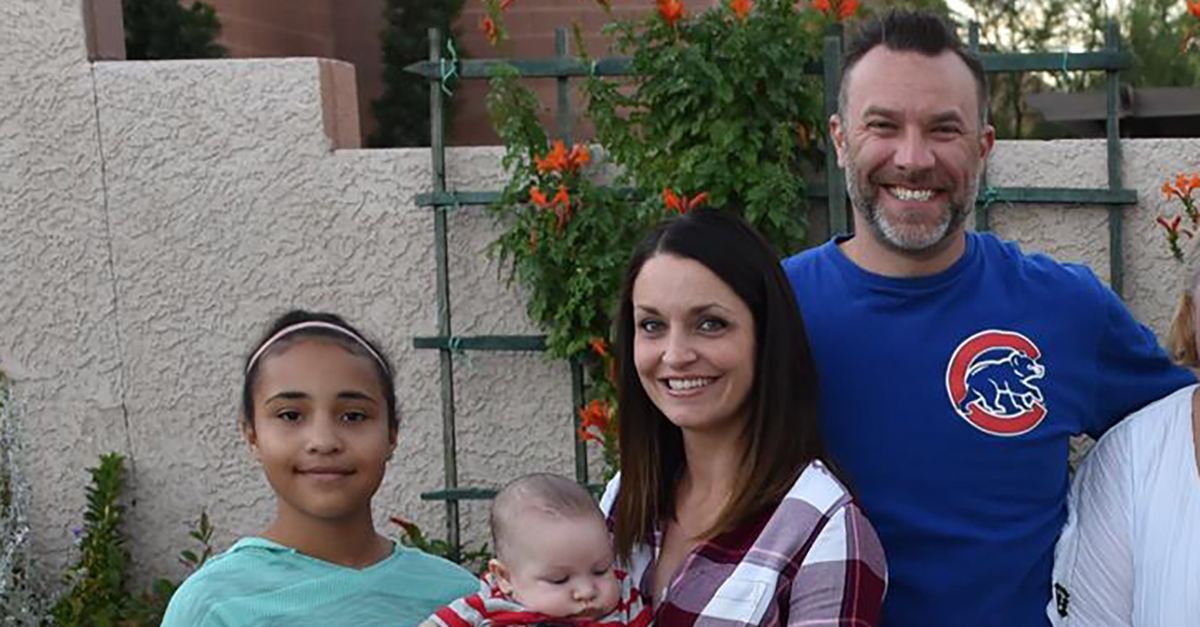