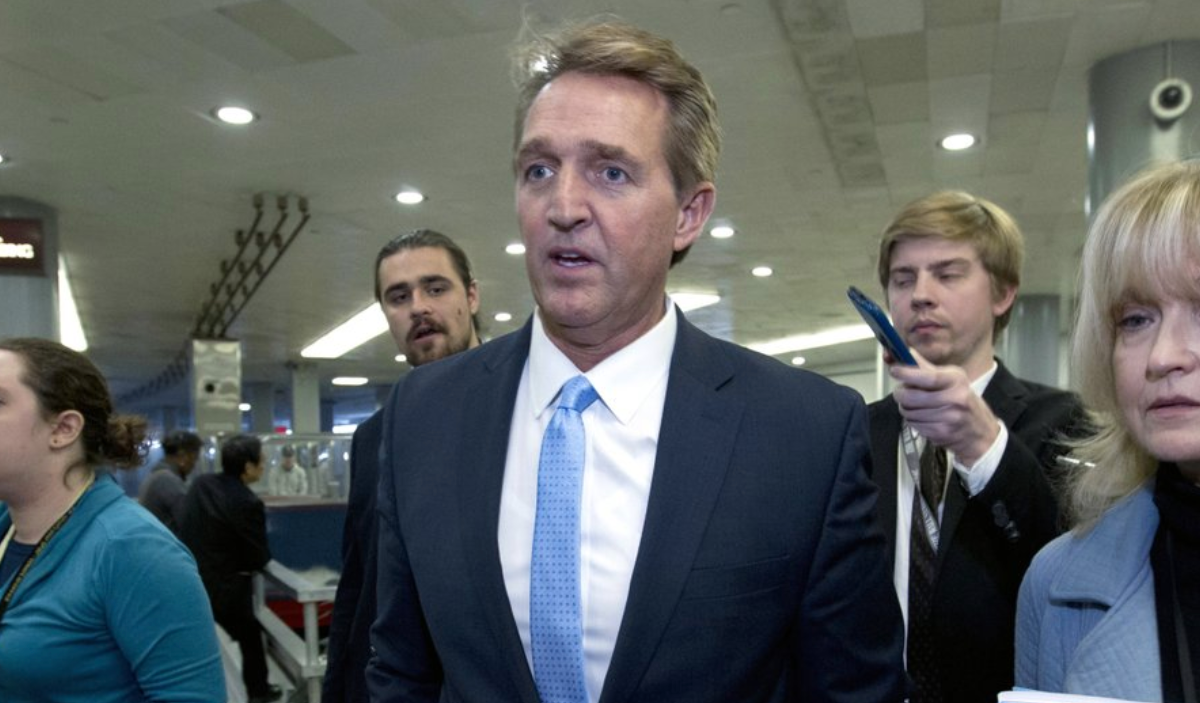 In a speech broadcast through his social media channels shortly after Republicans nominated Trump for a second term, Flake tried to make a case to conservatives that backing Biden is necessary to preserve democratic institutions.

It was the honor of my life to represent my state, Arizona – in the United States House and Senate for eighteen years as a conservative. I'm here to talk about the future – both of my party, but more importantly, the future of our country: https://t.co/pxBUFqj9jA

“Character matters. Decency matters. Civility never goes out of style,” Flake said. “And we should expect our president to exhibit these virtues.”

As Flake spoke, Trump addressed GOP delegates gathered for the opening day of the Republican convention in Charlotte, North Carolina.

Flake, a one-term senator who previously served seven terms in the House, has been one of Trump’s most outspoken critics in the Republican Party. He voted for a third-party presidential candidate in 2016 and later wrote a book highly critical of Trump. Flake did not seek re-election in 2018.

He was among 27 former Republican members of Congress who endorsed Biden on Monday, including former Rep. Jim Kolbe of Tucson.

Flake appealed to conservatives to consider whether Trump truly represents their interests, pointing to massive budget deficits, the president’s opposition to free trade deals and his threatening of international alliances.

“Indifference to the truth or the careful stewardship of the institutions of American leadership is not conservative,” Flake said.

Ticket-splitting Republicans have been key to Democrats’ recent success in Arizona, where they picked up Flake’s former Senate seat in 2018 and several other statewide offices.

Flake, a member of the Church of Jesus Christ of Latter-day Saints, could also help Biden appeal to members of the church in the Phoenix suburbs. While Trump has developed strong support from many conservative-leaning religious voters, he has struggled to win over Latter-day Saints.

Trump loyalists criticized Flake’s endorsement of Biden, calling him a “far-left Democrat” who wants to enact a liberal agenda.

“Jeff Flake has abandoned any set of principles he once professed to have in order to embrace Joe Biden,” Republican National Committee spokesman Steve Guest said.

Watch: Trump’s Sister, a Federal Judge, Says the President ‘has no principles’