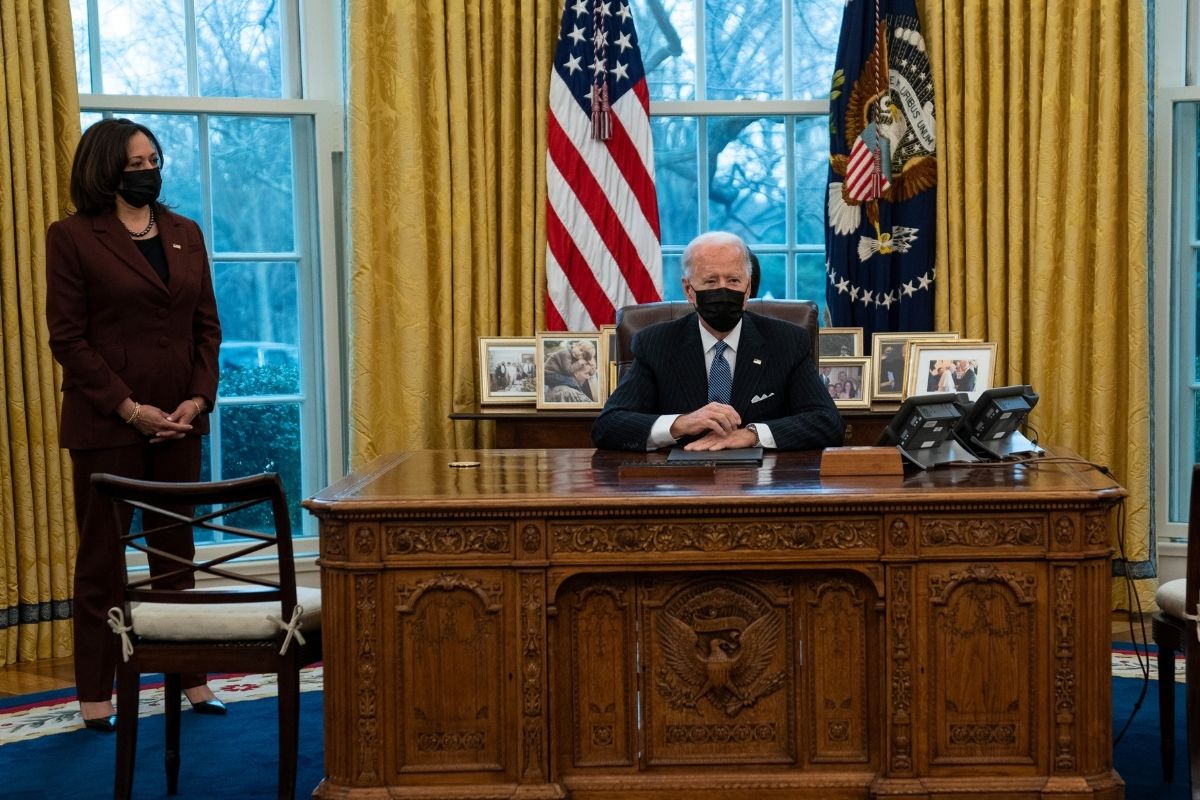 WASHINGTON (AP) ? President Joe Biden signed an order Monday reversing a Trump-era Pentagon policy that largely barred transgender individuals from serving in the military. The new order, which Biden signed in the Oval Office during a meeting with Defense Secretary Lloyd Austin, overturns a ban ordered by President Donald Trump in a tweet during his first year in office. It immediately prohibits any service member from being forced out of the military on the basis of gender identity.

The decision comes as Biden plans to turn his attention to equity issues that he believes continue to shadow nearly all aspects of American life. Ahead of his inauguration, Biden?s transition team circulated a memo saying Biden planned to use his first full week as president ?to advance equity and support communities of color and other underserved communities.?

As he signed the order on Monday, Biden said, ?What I?m doing is enabling all qualified Americans to serve their country in uniform.?

?America is stronger, at home and around the world, when it is inclusive. The military is no exception,” the order says. “Allowing all qualified Americans to serve their country in uniform is better for the military and better for the country because an inclusive force is a more effective force. Simply put, it?s the right thing to do and is in our national interest.?

The order directs the departments of Defense and Homeland Security to take steps to implement the order for the military and the Coast Guard. And it says they must reexamine the records of service members who were discharged or denied reenlistment due to gender identity issues under the previous policy.

It requires the departments to submit a report to the president on their progress within 60 days. Austin, in a statement, voiced support for the change and said the Pentagon will work over the next two months to implement the new policy.

?I fully support the President?s direction that all transgender individuals who wish to serve in the United States military and can meet the appropriate standards shall be able to do so openly and free from discrimination,” Austin said. “This is the right thing to do. It is also the smart thing to do.?

?This is the triumph of evidence-based policy over discrimination,? said Aaron Belkin, the executive director of the Palm Center, which researches and advocates against LGBTQ discrimination. ?The inclusive policy will make it easier for trans troops to do their jobs and to fulfill their missions.?

The Trump policy triggered a number of lawsuits, including from transgender individuals who wanted to join the military and found themselves blocked.

?It is my highest goal to serve my country in the U.S. military and I?ve fought this ban because I know that I am qualified to serve,? said Nicolas Talbott, an aspiring service member involved in one of the lawsuits. ?I?m thrilled and relieved that I and other transgender Americans can now be evaluated solely on our ability to meet military standards. I look forward to becoming the best service member I can be.?

The move to overturn the transgender ban is the latest example of Biden using executive authority in his first days as president to dismantle Trump’s legacy. His early actions include orders to overturn a Trump administration ban on travelers from several predominantly Muslim countries, stop construction of the wall at the U.S.-Mexico border, and launch an initiative to advance racial equity.

After Trump took office, however, his administration delayed the enlistment date and called for additional study to determine if allowing transgender individuals to serve would affect military readiness or effectiveness.

A few weeks later, Trump caught military leaders by surprise, tweeting that the government wouldn’t accept or allow transgender individuals to serve ?in any capacity? in the military. ?Our military must be focused on decisive and overwhelming victory and cannot be burdened with the tremendous medical costs and disruption that transgender in the military would entail,? he wrote.

After a lengthy and complicated legal battle and additional reviews, the Defense Department in April 2019 approved the new policy that fell short of an all-out ban but barred transgender troops and military recruits from transitioning to another sex and required most individuals to serve in what the administration called their ?birth gender.?

Under that policy, currently serving transgender troops and anyone who had signed an enlistment contract before the effective date could continue with plans for hormone treatments and gender transition if they had been diagnosed with gender dysphoria.

As of 2019, an estimated 14,700 troops on active duty and in the Reserves identify as transgender, but not all seek treatment. Since July 2016, more than 1,500 service members were diagnosed with gender dysphoria; as of Feb. 1, 2019, there were 1,071 currently serving. According to the Pentagon, the department spent about $8 million on transgender care between 2016 and 2019. The military?s annual health care budget tops $50 billion.

All four service chiefs told Congress in 2018 that they had seen no discipline, morale or unit readiness problems with transgender troops serving openly in the military. But they also acknowledged that some commanders were spending a lot of time with transgender individuals who were working through medical requirements and other transition issues.