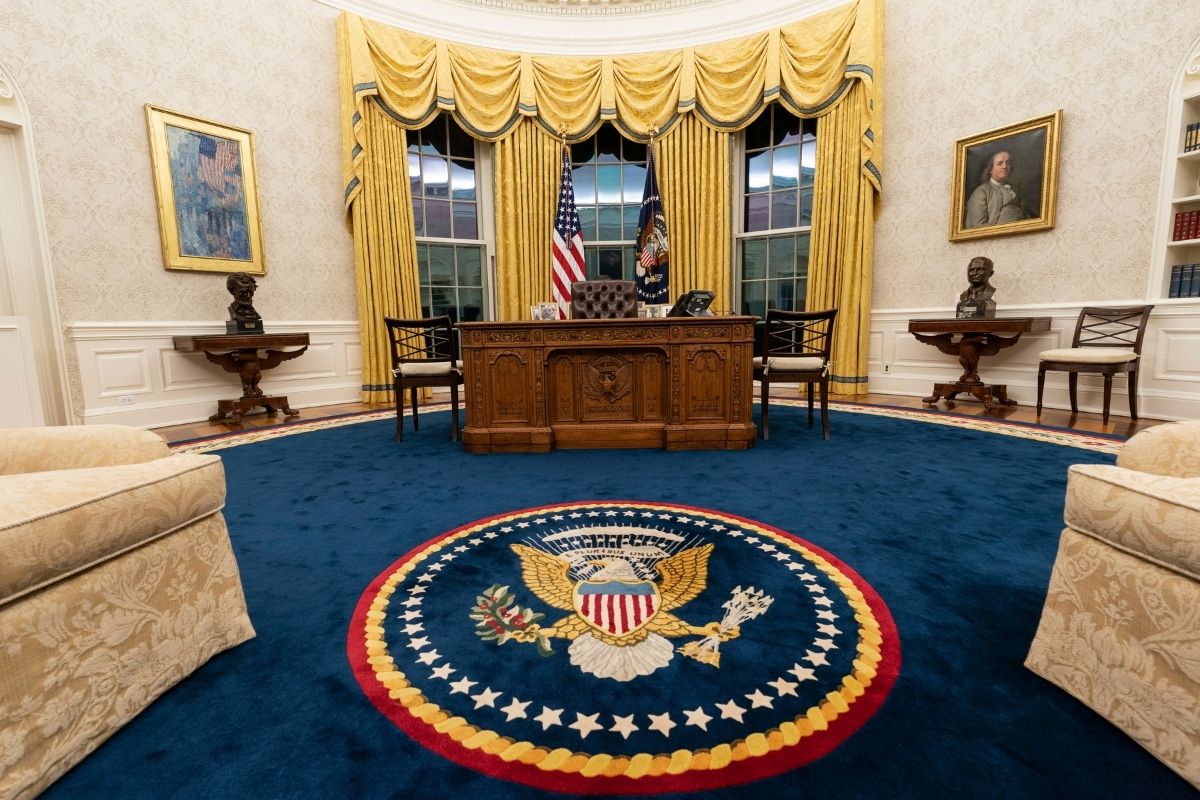 Most modern presidents of the United States have kept a pretty standard way of decorating the Oval Office in the White House, keeping two flags: the American flag and the presidential seal behind the Resolute Desk. However, along with former Presidents John F. Kennedy, Lyndon Johnson, Dwight D. Eisenhower (who was a five-star general in WWII and kept an Army flag alone on his desk), and Richard Nixon, Donald Trump had kept the U.S. military branch flags as a staple in his office during his term. And now, the new President Joe Biden has removed them upon taking the oath of office, along with Vice President Kamala Harris during their inauguration.

According to the Washington Post, the missing military flags were originally on the left side of the office near the windows for years. The Biden Administration also removed former President Andrew Jackson’s portrait, while signing over a dozen executive orders on Biden’s first day of office. Fox News reported that although Jackson was the first Democrat to become president, he was condemned for his connections to slavery and the oppression of Native Americans.

The Resolute Desk, for example, is one of the constants in the Oval Office and was a present from Queen Victoria of England to President Rutherford B. Hayes back in 1880. The only changes to the desk were made by two presidents, as the White House Museum explained,

“The desk has twice been modified. Franklin Roosevelt requested that the kneehole be fitted with a modesty panel carved with the presidential seal (he preferred people not see his leg braces and often placed a waste basket in front of his desks), but he did not live to see it installed. However, President Truman liked the eagle motif and had it installed when he came into office in 1945. Since this was prior to Truman’s decision to turn the head of the eagle in the presidential seal to face the olive branch of peace, the eagle in the Resolute‘s modesty panel faces the arrows of war.”

It’s probably only fair after President Joe Biden’s inauguration that the new president of the United States makes himself immediately feel at home in Washington, D.C.