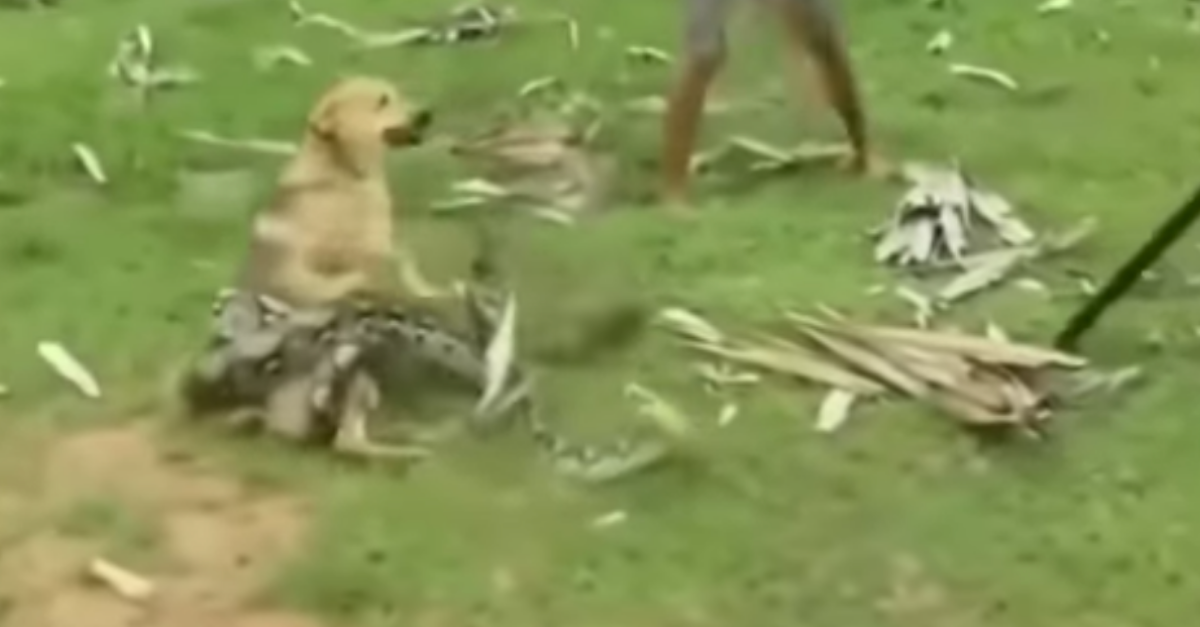 Three young boys saw what can only be described as, “the worst possible thing that could be happening to your dog” and jumped into action to stop it. A video recently posted online shows a giant boa constrictor attempting to crush a dog to death and three boys, presumably the dog’s owners and co-best friends, making sure that didn’t happen. Though it’s not explicitly said where the video was taken, several commenters have suggested Cambodia based on the language the boys are speaking.

In the video, one boy appears to hit the snake with a metal rod before grabbing its head while the two other boys unravel the soulless killing machine from the dog’s lower body. The boys, thankfully, are successful.

This snake got off light. Really light. Maybe they did more after the video ended. I don’t know. But I would have literally taken a baseball bat and beaten that thing into snake jello. I would have beaten, drawn, quartered, and burned that snake. Then I would have desecrated its ashes by going to Taco Bell, eating twenty dollars worth of their food, and washing it down with a case of light beers before smoking a cigar, pouring the snake’s ashes into a music festival port-a-potty, and unloading my rotten bowels on top of it.

This took place in Cambodia so I’m hoping these boys pointed someone with an AK-47 to where this snake was and had that guy just empty clip after clip into the boa constrictor’s dumb, useless body. Run this thing over with a steamroller. Then gather a hunting party and purge the surrounding woods of all these literal monsters. There is no reason for these things to exist. They all need to be made into belts as soon as possible.

This story was originally published on October 9, 2018.