Hero Golden Retriever Bit by Rattlesnake While Defending Its Owner 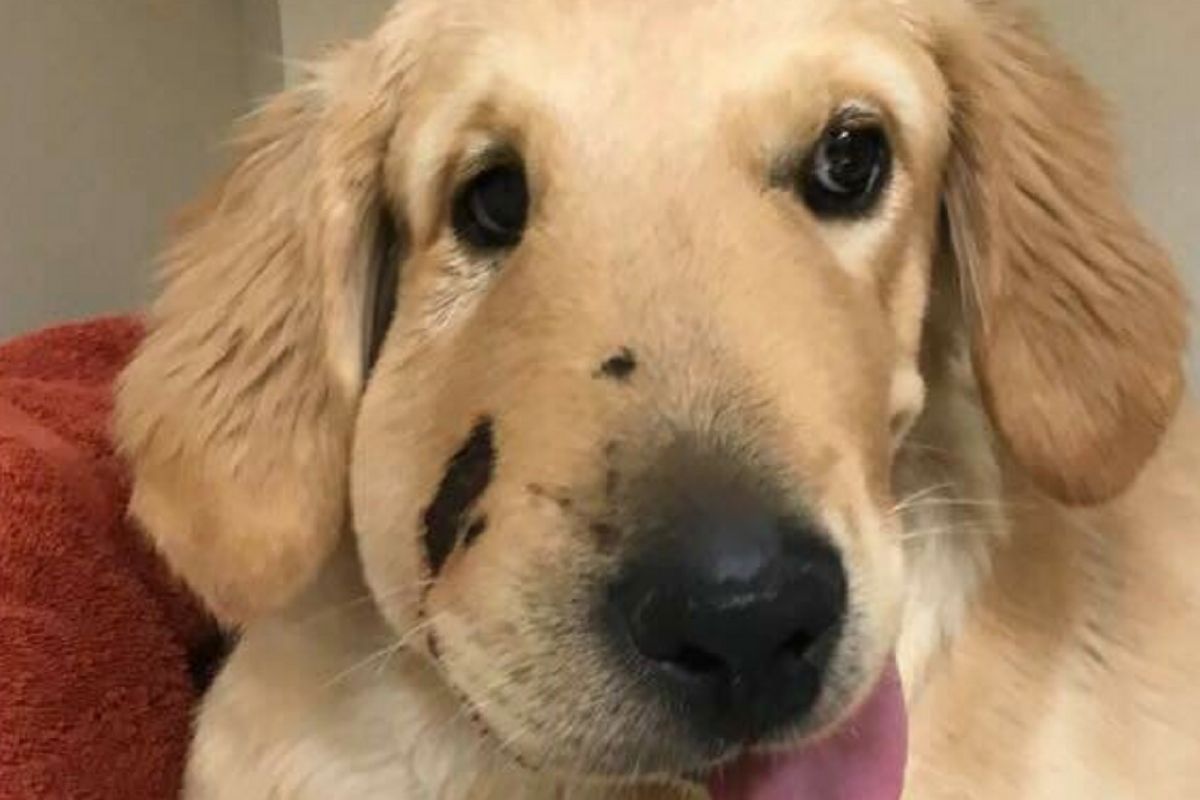 Humans don’t deserve dogs. Not even close. We, as a species, could broker an intergalactic peace between warring alien civilizations that saves tens of trillions of innocent lives, and then go on to cure whatever the universe’s deadliest disease is (space cancer?) and maybe, then, we might deserve to be blessed with the presence of dogs. Until that happens in maybe like 10,000 years, however, we absolutely are undeserving of dogs.

The latest evidence of this sad fact comes from Anthem, Arizona, where a golden retriever and very good boy named Todd (an underrated dog name, by the way) came to the immediate defense of his owner after she accidentally stepped on a rattlesnake during a hike. The proud puppy parent, Paula Godwin, posted about the attack, and her “sweet hero” Todd’s heroics, in a Facebook post, along with pictures of Todd after suffering the bite.

Once puppy Todd’s face heals from the rattlesnake bite he deserves an actual steak dinner.

According to Newsweek, the outpouring of support for the pup was (rightfully) enormous.

Elsewhere, a fundraising page set up to pay the medical bills of other dogs which have been attacked has been set up in the wake of Todd?s bravery.

?Todd wants to help more puppies that may need help. Donations are not towards Todd?s bill but for those in need of help in paying unexpected vet bills,? the GoFundMe description page reads.
Posting an update on the dog?s recovery, Godwin added: ?Todd?s doing so well he is a wonder to me how he is healing. Just a thank you to all the support Your kindness and support is truly a blessing.?

The popular Twitter account We Rate Dogs even gave Todd their highest ever rating, a fifteen out of ten.

This is Todd. He saved his human from a rattlesnake yesterday. A true h*ckin hero. He’s expected to make a full recovery and has been rewarded our fifth ever 15/10 pic.twitter.com/TsS6isI0Ew

Godwin posted an update on Todd and, thankfully, he’s recovering like a champ, because he is a champ.

If you find yourself crossing paths with a rattlesnake and don’t have a heroic pup to intervene in the snake attack and save the day, like this Arizona woman did, take the following precautions:

Editors Note: this post was originally published on January 29, 2019.