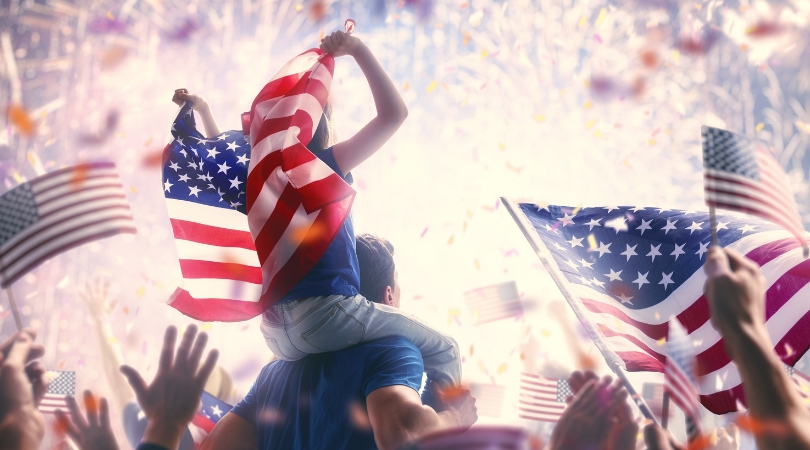 Federal authorities are warning the public that political radicals may attack people celebrating on July 4th. A bulletin to law enforcement around the country read that domestic terrorists “have attacked perceived oppressors, opponents, or enemies engaged in outdoor First Amendment-protected rallies or pores during past summers.”

The warning comes from a joint intelligence bulletin just days before one of the major holidays celebrated around the country. The warning was issued by the Department of Homeland Security, the FBI, and the National Counterterrorism Center which told law enforcement to remain vigilant for any suspicious activity including possible terror attacks.

The bulletin reads, “The FBI, DHS, and NCTC remain concerned that [they] could target upcoming Independence Day celebrations, gatherings, or parades, though we are unaware of any current plots specifically targeting such events,” says the bulletin. We note that attacks can occur with little to no warning because of the frequently lower levels of security around civilian targets, challenges in securing large crowds, and calls for attacks against soft targets.”

🚨 FOURTH OF JULY WARNING 🚨: A bulletin to law enforcement around the country states that domestic terrorists “have attacked perceived oppressors, opponents, or enemies engaged in outdoor First Amendment-protected rallies or protests during past summers.”https://t.co/7lOJB9i9NV

According to authorities, both homegrown and domestic terrorist may use simplistic tactics and relatively easy to obtain weapons such as knives, firearms, and vehicles. But, officers do warn that some violent extremists have historically sought to use explosive devices. The bulletin also warned that ISIS renewed calls for sympathizers to launch attacks inside the United States.

The FBI is said to be tracking 1,000 suspected “homegrown terrorists” in the United States which were inspired by foreign terrorist organization. A senior FBI agent testified to Congress that the FBI is investigating 850 suspected “domestic terrorist” as well. The agency has seen a large increase in domestic rates investigations that involved white supremacists since last year.

The bulletin issued a warning ahead of the Fourth of July, focusing on the case of James Fields, who in 2017 drove his car into a crowd of counter-protests at the Charlottesville, Virginia, “Unite the Right” riot which killed a woman and injured others. Fields was sentenced to life in prison last week after being convicted of federal hate crimes. Although the FBI, DHS, and NCTS are not aware of “any specific” threats surrounding the holiday, they note that previous attacks in the “homeland have happened with little to no warning.”

If you suspect you’re in danger or know of any terror plots, you are asked to report any suspicious activity to law enforcement as soon as possible and be aware of your surroundings. FBI officials noted that “the FBI regularly assesses intelligence regarding possible threats to the U.S.” and will continue to work closely with state, local and federal law enforcement officers should there be any threats to public safety.