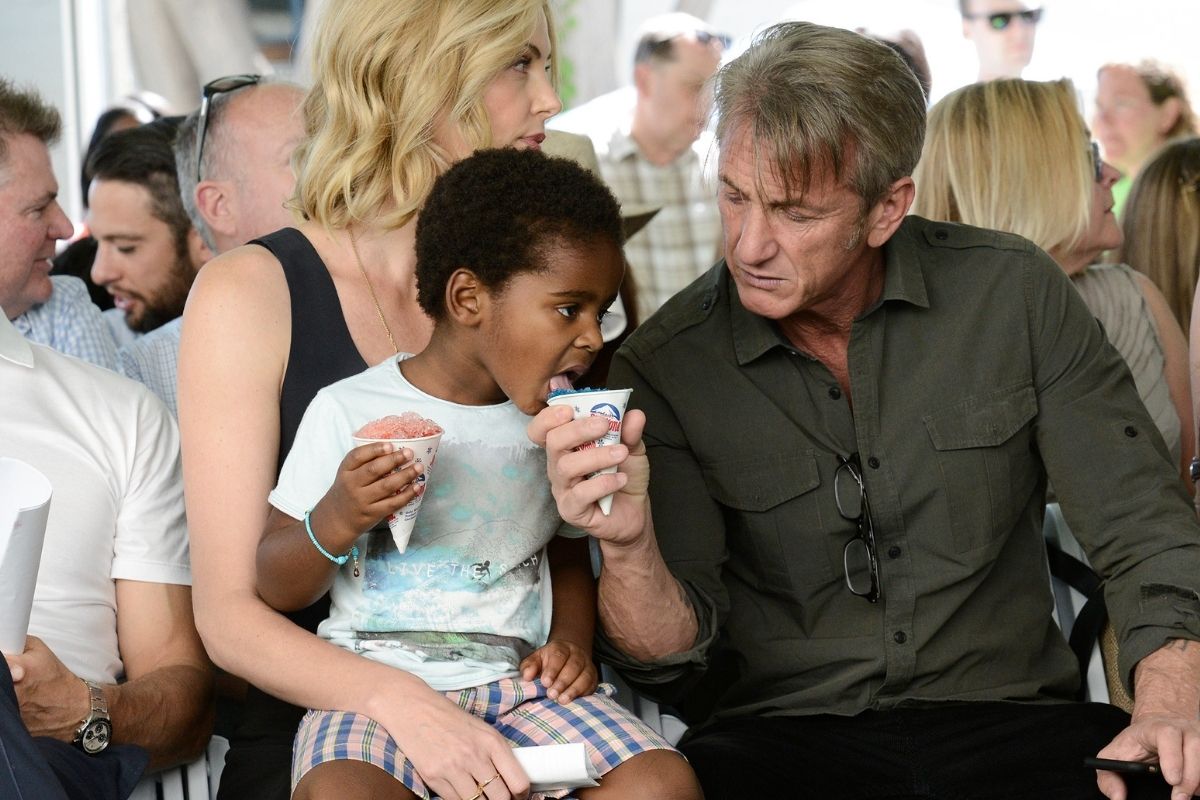 Actress Charlize Theron is known for her masterful Oscar-winning and nominated performances in Monster, North Country, and 2020?s Bombshell as well as her butt-kicking action heroine roles in Atomic Blonde, Mad Max: Fury Road, and Netflix?s The Old Guard. Her other role is one of a single mother to two African American adopted children, Jackson and August.

When Theron adopted her first child in 2012, the baby was ?introduced to the world as a boy,? per The Daily Mail. As she got older, Jackson made it clear to her mother that she was, in fact, transgender and Theron has made it clear that when it comes to her children, she will ?celebrate them and to love them and to make sure that they have everything they need in order to be what they want to be.?

From Model To Oscar Winner

Charlize Theron was born in Benoni, South Africa on August 7, 1975, to Charles and Gerda Theron, as reported by Biography. Her childhood was an unhappy one; her father was a violent alcoholic, and when Charlize was 15 years old, Gerda stopped an attack on herself and her daughter by shooting and killing Charles. The shooting was declared self-defense and Gerda wasn?t charged with a crime.

A year later, Charlize entered and won a series of modeling contests and began traveling the world working as a model. A knee injury cut short a desired career in dance and she decided instead to start acting. She moved to Hollywood and worked hard at transforming her Afrikaner accent in order to obtain work.

Her first time on screen was in 1995?s Children of the Corn III: Urban Harvest. Her breakthrough came in 1997 when she was cast as Keanu Reeve?s wife in The Devil?s Advocate alongside Al Pacino. In 2003, her haunting performance as serial killer Aileen Wuernos in Monster made Hollywood see Theron in a whole new light. She won the Academy Award for Best Actress and made the transition from glamorous starlet to serious actor.

Theron was in a relationship with actor Stuart Townsend for nine years. Per the Daily Mail, they met in 2001 while making the movie Trapped, and although they never married, Theron wore a ?commitment ring? from Townsend throughout their relationship, and Townsend once said ??I?m married. I didn?t do a church wedding or anything but we consider ourselves husband and wife.? After their split in 2010, Theron went on to date actor Sean Penn from 2013 to 2015.

In a 2020 interview with actress and talk show host Drew Barrymore during an appearance on The Drew Barrymore Show, filmed over Zoom due to the pandemic, when asked about her personal life, Theron shared that she had ?been on a few dates, but I haven’t dated anybody for over five years,? and went on to explain that her current priority was her children, noting ?I don’t long for that much. I can honestly say this, on my life: I don’t feel lonely.”

Theron and Her Two Beautiful Daughters

As reported by the Daily Mail, in 2019, there was quite a bit of gossip and confusion circulating regarding the fact that Jackson, then a seven-year-old who people had thought to be a boy, was seen ?wearing skirts and dresses and with long, braided hair.? When someone finally asked Theron about Jackson?s appearance once morning in Los Angeles, she simply replied ?’Yes, I thought she was a boy, too. Until she looked at me when she was three years old and said: ‘I am not a boy!’ ‘So there you go! I have two beautiful daughters who, just like any parent, I want to protect and I want to see thrive.?

Like her mother, Jackson was born in South Africa and though Theron keeps both of her girls out of the spotlight and off social media for the most part, she has been seen in rare photos ?with the Bombshell actress when she was on her way to school, and in October of that same year, Charlize gave her daughter a sweet kiss on the cheek when she dropped Jackson off at the bus stop,? per Life and Style.

Theron?s second daughter, August, was born in the United States in 2015 and adopted as a baby girl. In a 2019 interview with Pride Source, Theron relayed that August ?is convinced that she?s gonna be married five times and it?s gonna be three boys and two girls, and I just love that she has the freedom to think that way. God knows what it?s going to be, but I love that she feels safe enough to explore in her little-girl brain that anything is possible and that she?s gonna go and discover that for herself.?