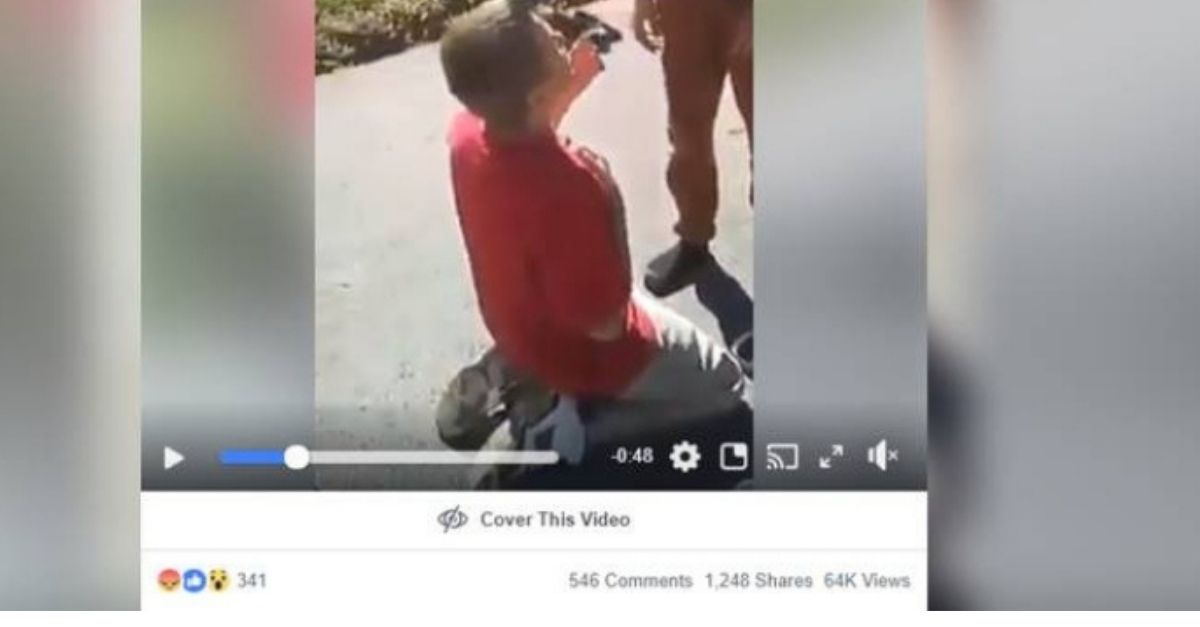 Three teenagers are now in custody after a shocking video surfaced, showing them pointing a gun at a 13-year-old’s head, and then punching him. According to Emily Bridges of Independence, Missouri, she had no clue as to why her son Darren came home with bruises on his face. It wasn’t until her other son showed her the disturbing video.

In the video, her son Darren can be seen on his knees as a group of older children stand over him and yell at him to “kiss their feet.” Taunting him, the children are heard yelling racial slurs before one of the bullies brandishes a gun and holds it against Darren’s head threatening him. Darren is then seen attempting to stand up, and walk away, but one teen follows him around, punching him repeatedly.

According to Police in Independence, Missouri, 17-year-old Alexander Schrader turned himself into authorities. He had been highly sought as a person of interest in the shocking video, which was shared on Snapchat. Two other juveniles have also been taken into custody. Bridges stated she was upset after her son had no way of defending himself, due to him being scared beyond control. Bridges stated her son is on the autism spectrum and is urging parents to help her stand up to end the bullying situation.

Schrader is now facing charges with one count of first-degree robbery and is held on a $100,000 cash-only bond. Court documents stated that Schrader was among a group that confronted Darren, on October 20. The other two juveniles who videotaped the assault were interviewed by police and sent to juvenile detention. If Schrader is convicted, he faces between 10 to 30 years in prison.

Editors Note: This article was originally published on October 26, 2018.