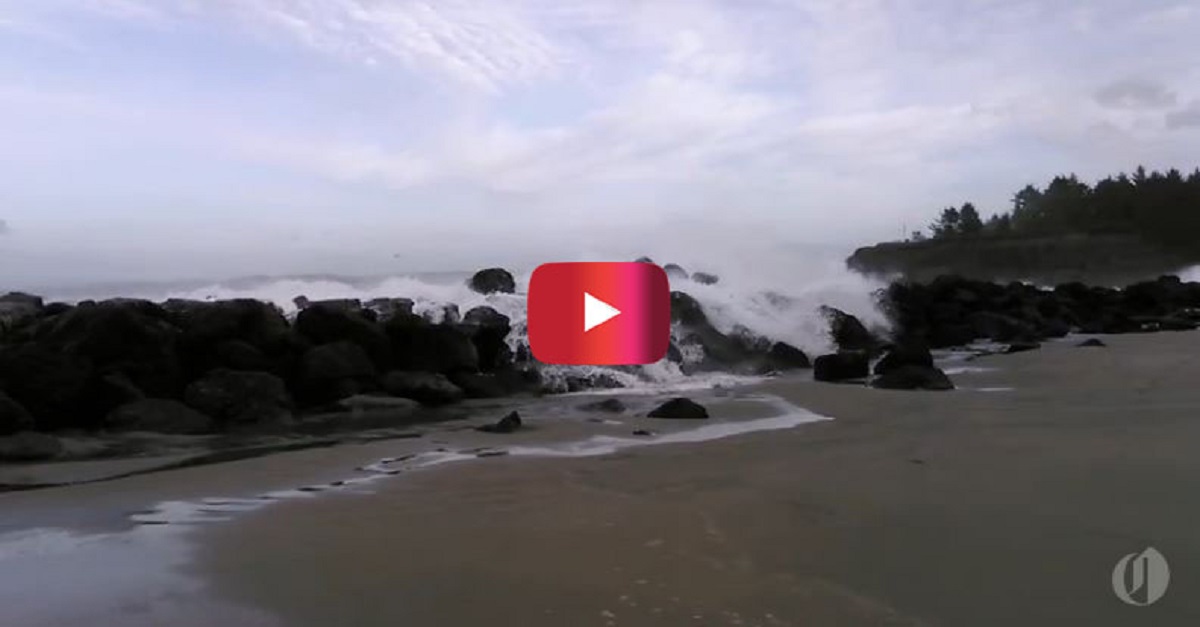 It looked like a calm day at the beach in Coos Bay, Ore., until the unexpected came in.

Scott Raplee, the owner of the High Tided Cafe in Charleston, had his camera rolling when a huge sneaker wave made an appearance. The wave quickly flooded the beach and sent beachgoers scrambling.

“My God, that’s huge. I just got out of the way. It would have taken anybody in its path,” he said.

According to the US National Weather Service Eureka California’s Facebook post, “Sneaker waves are waves that run abnormally far up the beach after a long period of smaller waves, and can seemingly come from out of nowhere to pull unsuspecting beach-goers into the frigid Pacific waters. This will be especially relevant tomorrow, as an arriving northwest swell will likely result in a high threat for sneaker waves along area beaches.”

Raplee said everyone was able to leave the area.