Was Frank Sinatra the Biological Father of Mia Farrow’s Son? 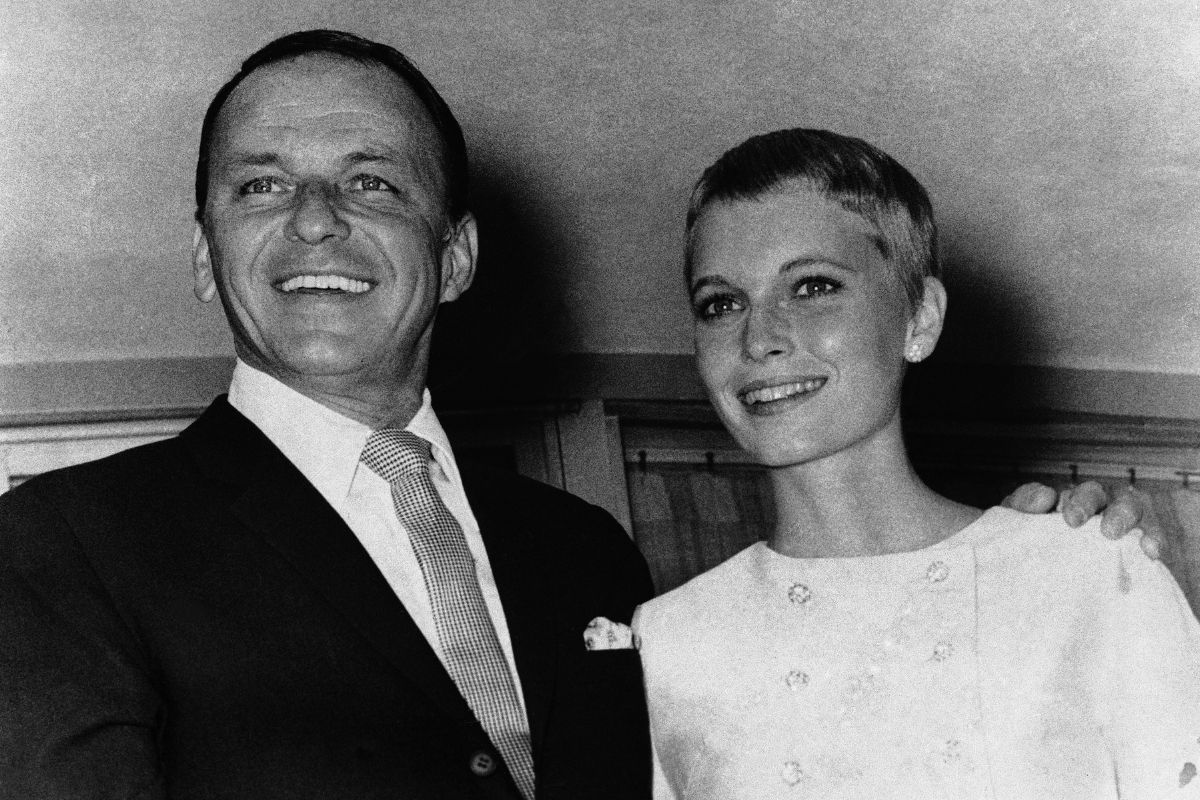 He was a swaggering, middle-aged legend with decades of iconic songs, beloved Hollywood movies, two marriages, and countless love affairs behind him. She was a shy teenager just starting out as an actor, working on her first television show. Nevertheless, the unlikely duo of Frank Sinatra and Mia Farrow met and quickly fell in love.

As reported by Showbiz Cheat Sheet, their first meeting was at a studio while he was filming the movie Von Ryan Express and she was filming the television show Peyton Place. He asked her “How old are ya, kid?” and she responded “That’s no question to ask a lady. I’m just 19.” Within a year they were married and within another two years, they were divorced. Their relationship continued in some fashion, however, for many decades.

Frank Sinatra Was an Icon and a Legend

Old Blue Eyes himself was born Francis Albert Sinatra in Hoboken, New Jersey on December 12, 1915. Per Britannica, “he is often hailed as the greatest American singer of 20th-century popular music.” After singing with local Hoboken groups and bands starting as a teenager, his career took off when he teamed up with bandleader Tommy Dorsey in 1939.

He went solo in 1942 and “screaming young female fans” caused “near hysteria” at his concerts. His “warm baritone and sensitivity to lyrics” made him a star, a trajectory that continued into the 1950s and 1960s. He also appeared with several musicals throughout the 1940s, often with actor and dancer Gene Kelly, and went on to act in more serious roles in movies like From Here To Eternity (1953, for which he won the Best Supporting Actor Oscar), The Man With the Golden Arm (1955, for which he was nominated for a Best Actor Oscar), and The Manchurian Candidate (1962). And he was most definitely a Golden Globe winner as well.

Frank Sinatra married his first wife, Nancy Sinatra, in 1939. They had three children, Nancy Jr., Tina, and Frank Jr. before divorcing in 1951. A week after his divorce from Nancy, he married actress Ava Gardner; they divorced in 1957 after six stormy years, although he reportedly kept her photograph on his mirror long after their breakup. Mia Farrow was his third wife. He married his fourth wife, Barbara Marx, in 1976 and they remained together until his death in 1998.

Mia Farrow Held Her Own

Mia Farrow was born to director John Farrow and actress Maureen O’Sullivan in Los Angeles, California on February 9, 1945, per Biography. She started acting in an Off-Broadway production of The Importance of Being Earnest; a year later her role on Peyton Place made her a star. She left the show after two years to make movies and went on to even bigger stardom with her breakthrough role in Roman Polanski’s 1968 horror movie Rosemary’s Baby. The role of Daisy Buchanan opposite Robert Redford in The Great Gatsby followed in 1974.

The largest body of Farrow’s work came from her collaboration with her longtime partner Woody Allen. They became a couple in 1980 and she first starred in one of his movies in 1982, A Midsummer Night’s Sex Comedy. They went on to make 13 films together during their twelve-year relationship, including Hannah and Her Sisters, Radio Days, and Husbands and Wives. Farrow has continued acting in television, movie, and theater productions, most recently on Broadway opposite Brian Denehy in Love Letters.

After her marriage to Frank Sinatra, Farrow married composer Andre Previn in 1970. They had twin sons, Matthew and Sascha, a third son, Fletcher, and adopted two daughters, Lark and Daisy, from Vietnam, and a third daughter, Soon-Yi, from Korea. Previn and Farrow divorced in 1979. She then adopted a son, Moses, from Korea in 1980, and a daughter, Dylan, from the United States in 1985. Woody Allen eventually adopted Moses and Dylan, and Farrow and Allen had a biological son, Satchel Ronan, now known as Ronan, in 1987. Between 1992 and 1995, Farrow adopted five more children: Tam, Kaeli-Shea, later known as Quincy Maureen, Frankie-Minh, Isaiah Justus, and Gabriel Wilk, later known as Thaddeus.

Mia Farrow’s relationship with filmmaker and actor Woody Allen ended dramatically and tragically in 1992 when Farrow discovered that Allen and her daughter Soon-Yi Previn were having an affair. Previn and Allen married in 1997. Mia Farrow and Woody Allen had a brutal custody battle that resulted from allegations that Allen sexually abused their daughter, Dylan, according to the New York Times. The New York Department of Social Services found “no credible evidence” to support the allegations. Dylan Farrow has continued to speak publicly about the allegations; she and Mia Farrow recently participated in a documentary on the subject, Allen v. Farrow. In response to the allegations, Allen unsuccessfully sued Farrow for custody of Dylan, Moses, and Ronan.

Frank and Mia: A Short Marriage, A Long Relationship

After meeting and discussing Farrow’s age, Frank Sinatra and Mia Farrow embarked upon a whirlwind romance. According to Showbiz Cheat Sheet, Sinatra later said about their first meeting “I was hers, instantly. I loved that hair, man. I think the hair’s what got me.” Farrow recalled, “And as I stood up to leave, his eyes met mine, and my heart stopped, you know? Everything came together. I was just so alive in that moment.” They married in July of 1966 in Las Vegas without telling many family members or friends that they planned to do so; she was 21 and he was 50.

Tensions ran high almost immediately. Sinatra wanted Farrow to give up her career. She agreed to do so at first, but soon decided she wanted to continue acting. Per The Vintage News, they compromised that Farrow would make one movie per year.

The first movie she made after their wedding was Rosemary’s Baby. She went to New York City to film the movie while Sinatra waited for her back in California, where she was to join him and play a small role as his mistress in the movie The Detective. Sinatra grew impatient as Rosemary’s Baby fell behind schedule and encouraged Farrow to quit the movie and rejoin him. She refused, and Sinatra served her with divorce papers on the set of the movie. They divorced in Mexico in August 1968.

However, the end of their marriage seemingly did not signal the end of their relationship. In a 2013 interview with Vanity Fair, when asked if Sinatra was the great love of her life, she answered “Yes.” She has remained close to her in-laws, the Sinatra family, attending Frank’s funeral with his mother, first wife Nancy Sr., and daughter Nancy Jr. Much has been made of Ronan Farrow’s resemblance to Frank Sinatra; when the interviewer asked Mia if Ronan was her ex-husband’s biological child and not the son of director Woody Allen, she answered “Possibly.” There have been no DNA tests. Alleged son Ronan Farrow played off the controversy with a joke on Twitter, noting “Listen, we’re all *possibly* Frank Sinatra’s son.”