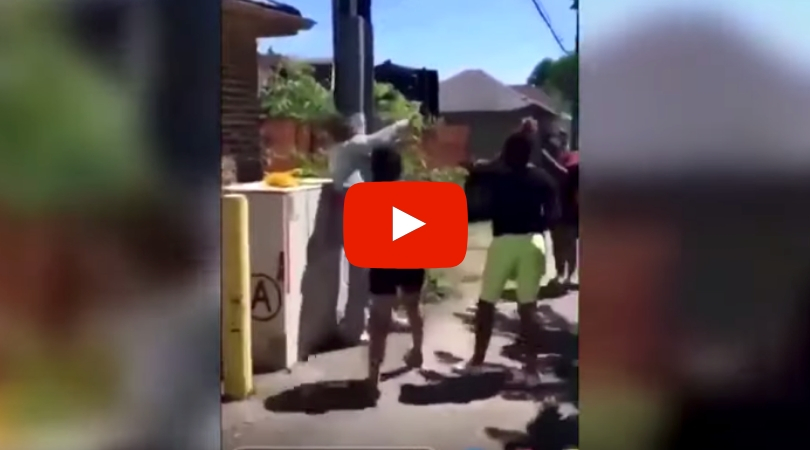 Police stated the teens who beat up the girl knew the victim before the attack and were believed to be her friends. The video of the beating was posted on social media, and Chicago Police began to investigate the incident after CBS 2 news station sent them a link to the video.

Police Lt. Ozzie Valdez, acting commander of Area Central, said the girl met with several teenagers on the day of the attack. Her “friends” then taught her how to flash gang signs before the actual beating. In the viral video, the victim is seen trying to defend herself as another girl continues to corner her and hits her while others help. One of her friends hits her in the face and strikes her in the head which left lacerations on her forehead.

A family friend said the girls who attacked the victim with a mental disability were upset because she didn’t want to participate in a sex act that they were planning and told them she was going to report it to police. Police are also investing into whether the girl was sexually assaulted, based on her testament to detectives.

The victim was allegedly missing for five days before her family filed a report, but authorities have not explained why the family waited so long to report her missing. She was located Tuesday evening when a “vigilant citizen” found her on the CTA Blue Line at Harrison and Kedzie. She then contacted the teen’s family who took her to the police station and was treated at Comer Children’s Hospital.

The three teenage girls, who are now charged, eventually turned themselves in to police with their parents and provided information about others seen in the video. Authorities confirmed detectives are investigating other people involved in the attack.