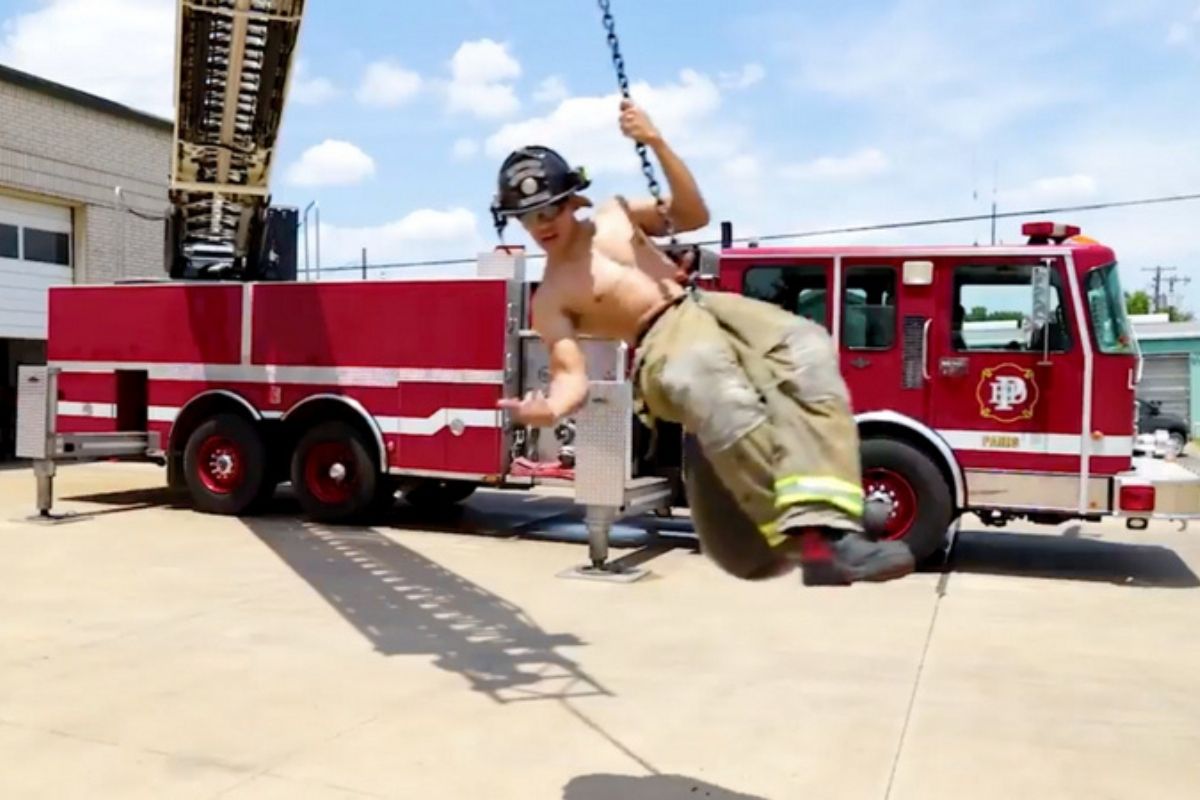 We all know that being a Firefighter is a tough job. Things can get really serious and dangerous at times, which is why these Texas firefighters decided to lean back and have a little bit of fun. Because well, we can all use some cheering up sometimes. This North Texas Fire Department decided to join in the crazy lip sync challenge, covering several songs such as Wrecking Ball by Miley Cyrus, Thunder by Imagine Dragons, Hero by The Foo Fighters, and Barbie Girl by Aqua.

The video opens up with a shot of some Paris Fire Department fireman sleeping at their headquarters, later zooming to one fireman’s head as if he was having a dream. Out of nowhere, a fireman begins to sing Wrecking Ball, turning up the heat (see what I did there) by swinging off of a steel chain without his shirt. From there, the video only gets better as you see shirtless firemen dancing around everywhere, then poking fun at police officers by impersonating them during a daily round. Can we just talk about the quality and editing of the video? Clearly, these firefighters put some effort into it, and I have to say, it’s pretty impressive. The video quickly went viral, gaining over 6 million views since the initial post!

Of course, like everything, the video comes to an end by the firemen later awakened by an emergency fire call. The scene then cuts to a group of men lined up explaining their reason behind the video, thanking other law enforcement officers for their hard work and efforts they bring to their job every day. Like all other videos online, they decided to challenge other North Texas departments to join in on the viral lip-sync fun. Keep the videos coming boys, it’s good to see some light these days!

Check out the video below!

Editors Note: This article was originally published on January 27, 2019.