“Convict Trump and Lock Him Up!” Banner Flown Over Trump’s Estate During Impeachment Trial 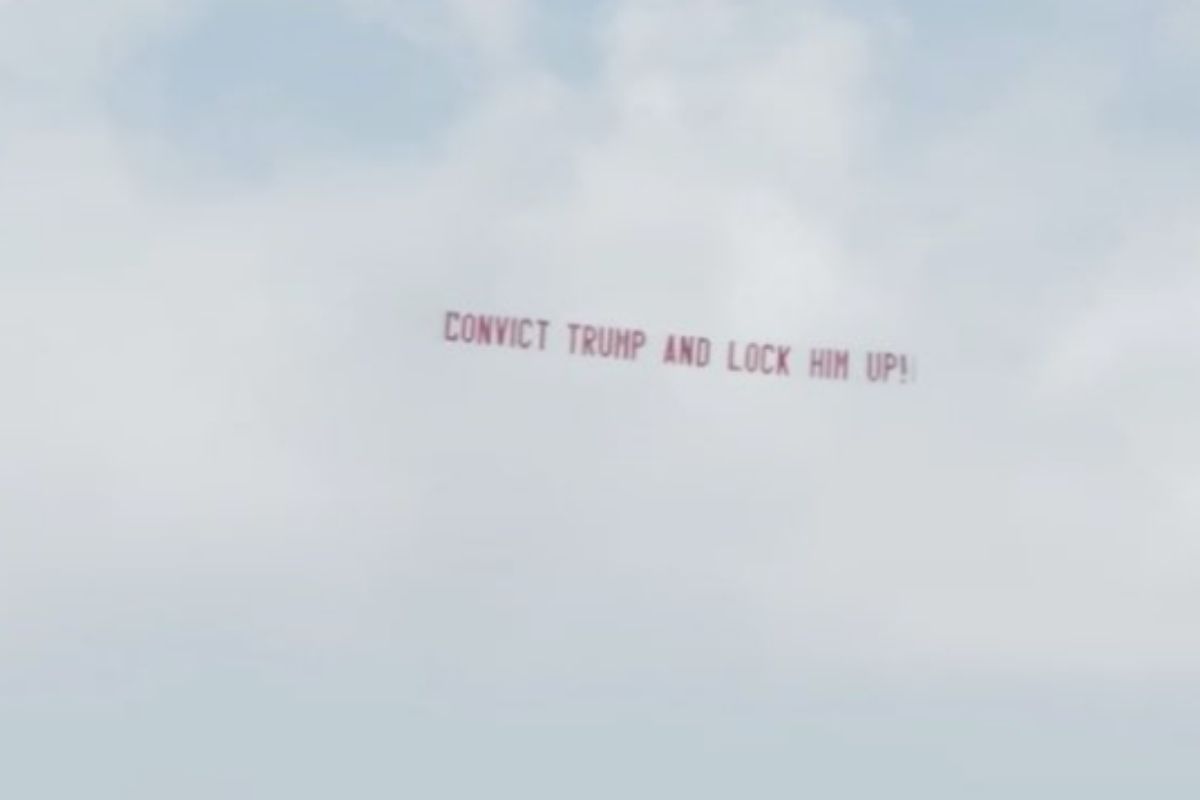 During former President Donald Trump’s second impeachment trial, another banner was spotted flying over his Mar-a-Lago estate, and it definitely made a statement. According to CNN, “Convict Trump and lock him up!” was seen flying across his residence in Florida, while Trump’s lawyers, like Bruce Castor, David Schoen, and Michael van der Veen, were defending the former Republican president in Washington, D.C.

“Convict Trump and Lock Him Up!”

CNN team reports a banner reading "CONVICT TRUMP AND LOCK HIM UP" being flown over Mar-a-Lago today pic.twitter.com/GvKQyeP3IH

The banner comes after two other banners that had been seen flying over the estate, also insulting Trump for his time in the White House. One had read, “Trump Worst President Ever,” and trailing behind it was another that said, “Trump You Pathetic Loser Go Back to Moscow.” It’s still unsure who was behind all of these banners, but we can guarantee that it’s probably not the work of any GOP senators.

The second impeachment trial is the Senate hearing that came after the House impeachment trial, where lawmakers voted in favor of holding Trump responsible for the incitement of the siege of the US Capitol by pro-Trump rioters. As Trump’s defense teamwork to counter-act House Impeachment managers in Congress working to fully impeach the former president, Trump hasn’t helped his own cause, as he and his relationship with former Vice President Mike Pence seemingly went down in flames in front of the American people.

Although Rep. Jamie Raskin had called on Trump to come to testify under oath, even over the possibility of a phone call Trump made on the day of the riot. But Trump decided otherwise. However, with only needing a two-thirds vote in favoring how inciting the US Capitol riot did not fall under any sort of constitutionality, Trump has already been impeached by the House. Meanwhile, newly Democratic President Joe Biden has been busy and has already signed numerous amount of executive orders in changing the way the U.S. has been run in the past.