Have You Ever Heard of The Man Who Died From Having Sex with a Horse? 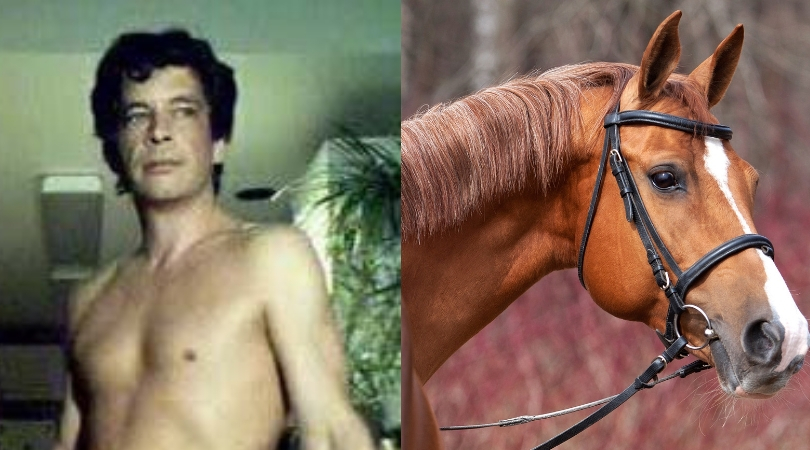 The Seattle Times reported a story 2005 called The  Enumclaw Horse Sex Case which was one of the paper’s most-read stories of the year. The King County Sherriff’s Department said it was “too gruesome” to report on, because well, it was. Two years later a documentary entitled Zoo debuted at the 2007 Sundance Film Festival. Zoo was also about the Enumclaw Horse Sex Case.

On a list of things not to become famous for, we now have the story of Mr. Hands. By day Mr. Hands was seemingly normal. He was a longterm engineer of Boeing and had worked there for eight years. Previously, he’d even been married and fathered multiple children. For an undisclosed reason, he relocated moving from Seattle to Washington State. Mr. Hands was Kenny’s (let’s call him Kenny) nickname to his fellow zoophile friends. There ‘s no way to say this like it’s completely normal, so I’ll just be straightforward. A zoophile is someone who has an “attraction or [sexual] preference” for animals.

The “unincorporated area” is important because of a law dating back over three decades. You see, in the 1970’s Washington State kind-of-accidentally made bestiality legal. It happened in 1974 when this law was being repealed:

Died after having sex with a male horse. Its penis was too big for him, punching the lining of his intestines and causing Mr Pinyan to have acute peritonitis. A video of the incident (known as "Mr Hands") can still be found online. pic.twitter.com/7jBLQ2uknA

The incident that again took place in an unincorporated area in King County. They were just five miles north of the city of Enumclaw. James Michael Tait, Kenneth Pinyan, and a third man were doing their thing. When it was Kenneth’s turn to be penetrated by a stallion, he suffered internal injuries during the act. Tait rushed to the hospital anonymously and dropped him off.  Pinyan died in the emergency room at 45. The Medical Examiner’s Office says that his cause of death was acute peritonitis due to a perforation colon.

An investigation was opened after Pinyan died. Using his license and the hospital surveillance cameras to find Tait, police officers were able to track down his associates and the exact farm area they were trespassing on. But, due to that law change, the legality of the situation was…uhm, nonexistent?

It was only after Pinyan died, when law enforcement looked for one way to punish his associates, that the legality of bestiality in Washington State became an issue […] The prosecutor’s office wanted to charge Tait with animal abuse, but the police found no evidence of abused animals on the many videotapes they collected from his home. As there was no law against humanely fucking a horse, the prosecutors could only charge Tait with trespassing.

After trial, Tait was tried and charged with criminal trespassing in the first degree. His sentence was relatively light seeing as Mr. Hands was, well, dead. James Michael Tait was arrested and charged with animal cruelty again in 2009. To this day the people of Enumclaw don’t speak of the event, naturally. While some say that since the culture of Enumclaw is such a horse-positive community and everyone there is a “horse person” or horse enthusiast, the horse sex case is not that surprising.

The locals would like to disagree and will deny that it even happened. The city even removed the sign on the farm that the incident occurred on so no one could find it or be reminded of it on their morning commute. Totally understandable. After Pinyan’s death, there was a bill passed that banned bestiality and declared it a Class C Felony.

No one opposed the law. Thank God.