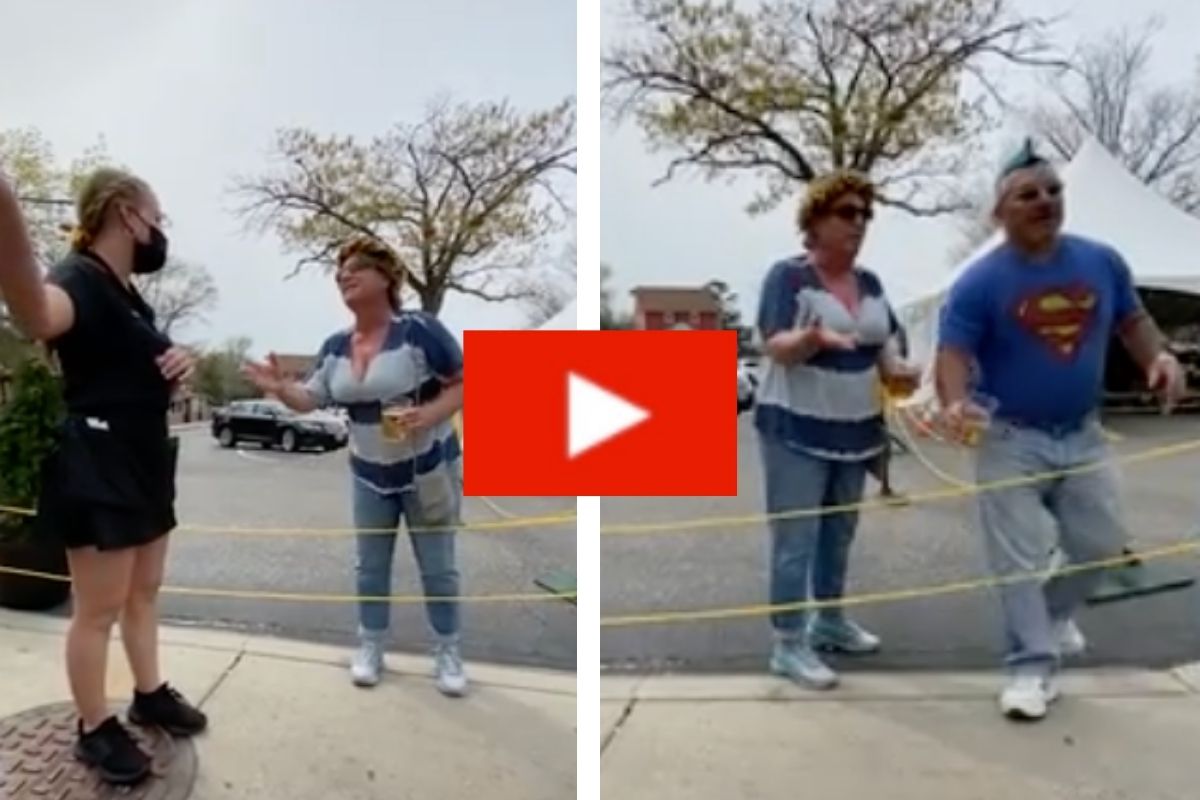 There’s a lesson here with the way people should conduct themselves in public, and it’s if you’re scared that the world will see your actions, then don’t do whatever you were going to do or maybe already did in public spaces. This New Jersey vice-principal learned this lesson as he found himself apologizing for tossing his beer at a group of customers at a restaurant, who was filming his wife getting visibly upset about a transgender woman in the women’s bathroom.

Michael Smurro, the vice-principal of Neptune Middle School, was caught on a trending video arguing with other customers at Ethel’s Lantern Light Restaurant and Tavern in Smithville. His wife, Lisa Smurro, was upset that she had seen a transgender woman in the women’s restroom, telling an employee, “She’s a man, she was in the woman’s bathroom. She’s a man,” according to the New York Post.

Another woman is heard standing up against Lisa, telling her to take her “hate” somewhere else, accusing her of being inappropriate in front of the other customers, including children. Lisa still continues with her tirade, exclaiming with a beer in hand, “She’s a man. How are you OK with this? What is wrong with everybody?”

Now, the loyalty here is a little respectable if there’s anything redeemable in this situation. Michael, coming to the rescue as the hero he attempts to be in wearing a Superman t-shirt, comes up to the table that his wife is arguing with, and proceeds to throw his beer at the woman, who was also currently filming. “Here you go, pal,” he says, as he launches the brew at them. “There you go. There you go.”

Well, thankfully, another customer suggested calling the cops, accusing the couple of assault. However, a manager came to de-escalate the situation, explaining that calling the police was unnecessary. Nevertheless, the thrown beer had hit the boyfriend of the woman who was filming, named Carrie, with some of the liquid splashings onto a table where a child was sitting. Carrie explained, “It was overall a completely disgusting experience. [Michael Smurro] assaulted a table with a child at it. He should not be working with children. His wife should especially be far, far away from children.”

The altercation is being investigated by the Neptune Township School District, according to an official statement. Superintendent Dr. Tami Crader said that administrators are “taking this matter seriously,” adding, “This event is troubling as its perception potentially threatens the social-emotional well-being and climate of belonging that our Neptune School District community represents.”

What’s even more embarrassing is that although Lisa seemingly stands by what she said, Michael ended up apologizing for throwing his beer, saying that his emotions got in the way of his “normally sound” judgment. He told the Associated Press, “I do not condone violence or discrimination of any kind and should have simply walked away. I apologize to the person I threw my beer at and wish I hadn’t done so. I apologize to anyone I offended.”

Welp, the damage has been done, and your apologies aren’t going to make up for how your wife’s transphobia was affecting restaurant patrons in that outdoor dining area. I’m okay with being accused of assuming, but it really felt like he only apologized because the video went viral and he’s an educator, specifically a school vice-principal.