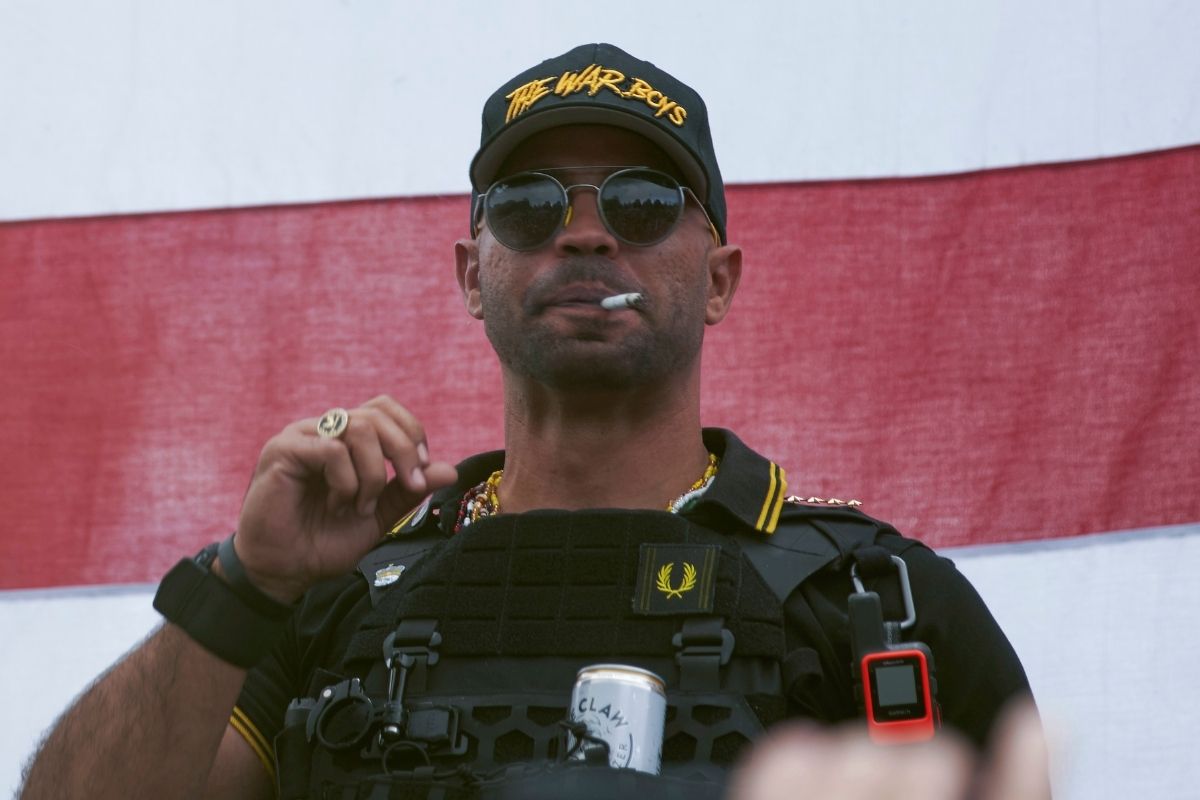 Enrique Tarrio, the leader of the Proud Boys, the controversial Republican far-right extremist group who support President Donald Trump, who had originally been arrested in the nation’s capital, Washington D.C. during pro-Trump election fraud protests, has been released on his own recognizance pending his trial. He currently faces the destruction of property charges for admitting to torching a Black Lives Matter banner from a Black church during a rally back in December. He has been ordered to stay out of Washington.

Congress is due to certify that Democrat President-elect Joe Biden’s election victory before Inauguration Day on January 20, 2021, but Tarrio, originally from Miami, Florida, had explained on the social media app, Parler, that the Proud Boys will, “turn out in record numbers on Jan 6th,” calling members of his group, “the most notorious group of extraordinary gentlemen.”

Dustin Sternbeck, the spokesman for the Metropolitan Police Department, told the Washington Post that Tarrio had been stopped in a vehicle when it entered the district, where he was found to be in unlawful possession of two devices that allow guns to hold additional bullets. The destruction of property charge stems from when the initially peaceful protest that supported President Trump’s claims of systemic election fraud, turned violent, resulting in three dozen arrests and four vandalized churches.

Tarrio, who also reportedly runs another organization called Latinos for Trump, also told the Washington Post that he burned the Black Lives Matter flag attached to the Asbury United Methodist Church. However, he also claims that he had no idea that the church was predominantly Black. Tarrio also stands by the argument that his own organization’s flags and hats have been stolen in the past with no arrests being made.

Another church with a predominantly Black congregation, the Metropolitan African Methodist Episcopal Church, accuses Tarrio and the Proud Boys of climbing over their fence and also tearing down one of their Black Lives Matter signs.

The head of the Lawyers’ Committee for Civil Rights Under Law, Kristen Clarke, said, “Black churches and other religious institutions have a long and ugly history of being targeted by white supremacists in racist and violent attacks meant to intimidate and create fear. Our lawsuit aims to hold those who engage in such action accountable.”

The D.C. Police Department also explained that they have been considering a potential hate crime charge over stealing the BLM sign incidents from the last month.