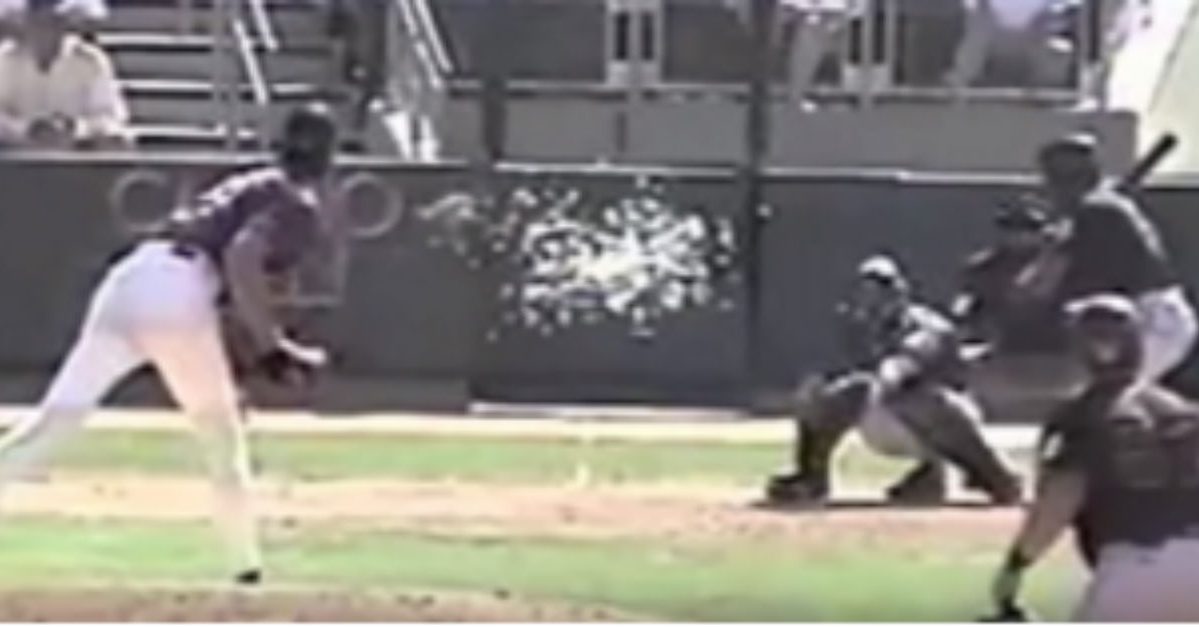 Before Aroldis Chapman, there was the Big Unit.

Randy Johnson was 6’10 left handed menace on the mound that was as fierce a competitor as you’ll ever see. He won five Cy Young Awards, was a 10-time All-Star, and won 303 games in his Hall of Fame career.

So while he’s known for a lot, he’s also known for this: throwing a fastball and hitting a bird in mid flight. That happened March 24, 2001, and the poor bird — experts think it was a mourning dove — exploded.

Watch the reactions of the batter, catcher and umpire after it happened.

The only thing could came close — this weirdness in Cleveland.