10 Things You Didn’t Know About ‘The Carol Burnett Show’: The Meaning Behind Her Signature Ear Tug 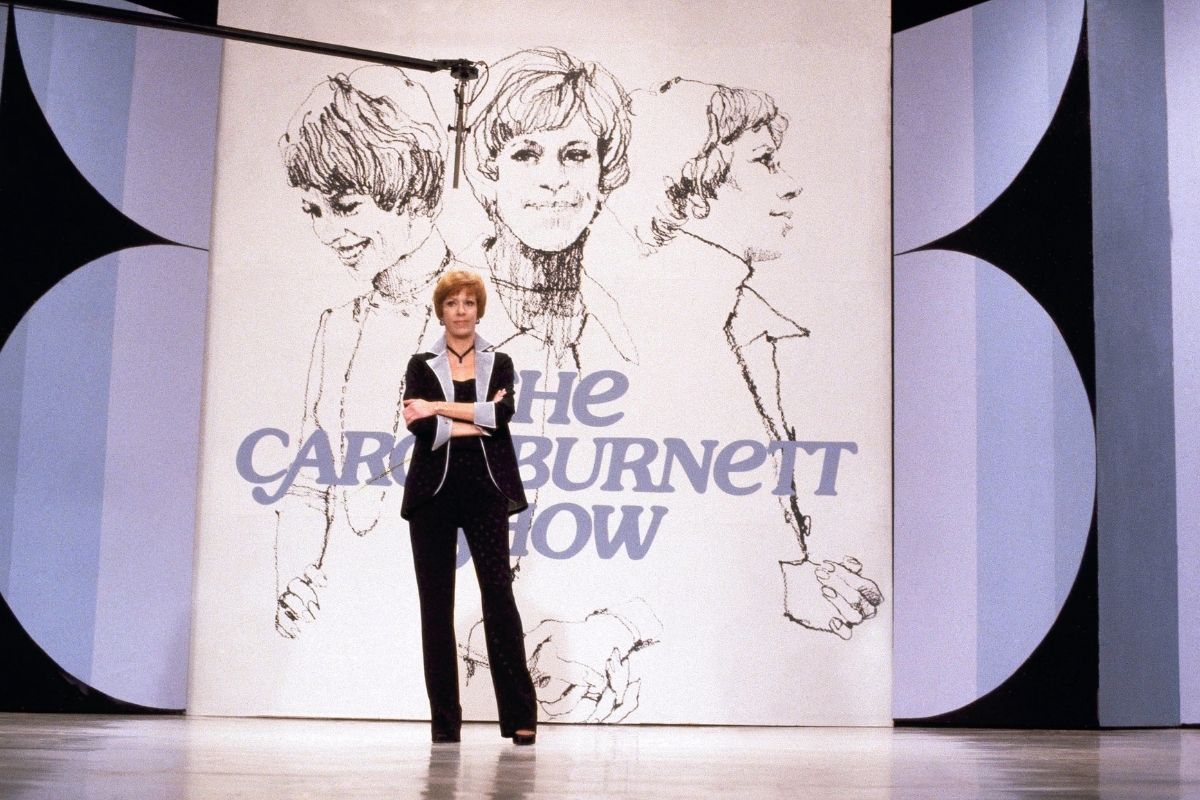 The Carol Burnett Show was a groundbreaking tv show that debuted in 1967. The comedy sketch show featured musical numbers, celebrity guest stars like Mel Torme, Don Rickles, Paul Lynde, and Nanette Fabray to name few, and comedy spoofs. Carol Burnett and her CBS show are still beloved today. Here are some fun facts you may not have known about the long-running comedy show.

Vicki Lawrence Joined The Cast After Writing a Fan Letter

At just 18 years old, Vicki Lawrence wrote a fan letter to Carol Burnett. This lead to Burnett attending a competition Lawrence was in. She won, Burnett crowned her on stage, and the rest is history. Burnett would ask Lawrence to audition for the role of her younger sister on her variety show, which started the reoccurring sketch, Carol & Sis. She would go on to portray one of the most beloved characters, “mama” of Mama’s Family. Her role was so beloved she took Mama on the Broadway stage with her in her two-woman show, Vicki Lawrence and Mama.

After Conway joined the cast to replace Lyle Waggoner, he made it his mission to get his costars to break character. The comedian was known for improvising his lines, catching whoever was in the scene with him off guard, often ending in laughter. Harvey Korman was his favorite victim, he fell for it every time!

Dick Van Dyke Was on The Show Short Term

After Harvey Korman left, the show replaced him with the legendary Dick Van Dyke.However, his stint on the show was short due to a lack of chemistry. Cast and fans alike thought he didn’t mesh well on the CBS television show. He was on the show for only three months.

Vicki Lawrence Had a Hit Song

When you think of Lawrence, you think of her acting in television skits or the stage. However, she was once a singer! She had a song called The Night the Lights Went Out in Georgia that reached number one on the Billboard charts in 1973. Most fans thought the singer Vicki Lawrence was different than the tv star!

One of Burnett’s Most Popular Characters Wore Second-Hand Clothing

One of Burnett’s most famous characterizations on the show was the role she played as Eunice in The Family sketches. She always wore the same patterned dress. It turns out, Bob Mackie, the famous designer responsible for all of Cher’s iconic looks, found the dress at a thrift store!

?Conway Turned Down a Spinoff

One of the show’s most popular sketches was Mrs. Wiggins which featured Burnett in the title role alongside Conway who played Mr. Tudball. The sketch was such a success that Conway was offered a sitcom spinoff of the character. He turned it down, feeling the storyline was lackluster and stating he wouldn’t do the show without Burnett!

Went With the Wind was a memorable sketch that was a spoof of the movie Gone With the Wind. The script called for Burnett to wear curtains draped around her shoulders, but the infamous designer had a better idea. He crafted a dress so incredible it now called the Smithsonian home!

Each Episode Was Filmed Twice

Before the episode aired on television, the cast would perform the sketches in front of a studio audience not once, but twice. So while it felt like a live broadcast, each episode was actually shot twice and the best takes were edited together. The process worked well as the show won 25 Emmy Awards and brought in a total of 70 Emmy nominations.

Burnett’s Ear Tug Was For Her Grandmother

Few sign-offs are as infamous as Burnett’s signature ear tug at the end of each episode. The gesture was a sweet message to her grandma who wouldn’t miss an episode of her grandaughter’s show. The ear tug was a way of saying hi to her. While she sadly passed away during the show’s run, Burnett never stopped tugging her ear as a tribute.

Lucille Ball and Carol Burnett had a wonderful relationship. Carol needed to land a big name for a CBS special she was offered, so she called Lucy. Lucy agreed, and the rest is history. Without Lucy’s help, it seems like The Carol Burnett Show would never have happened. Both comedians would remain successful on television, as well as close friends.

Watch: From Texas to TV: How Carol Burnett Became the Star We Love Today???