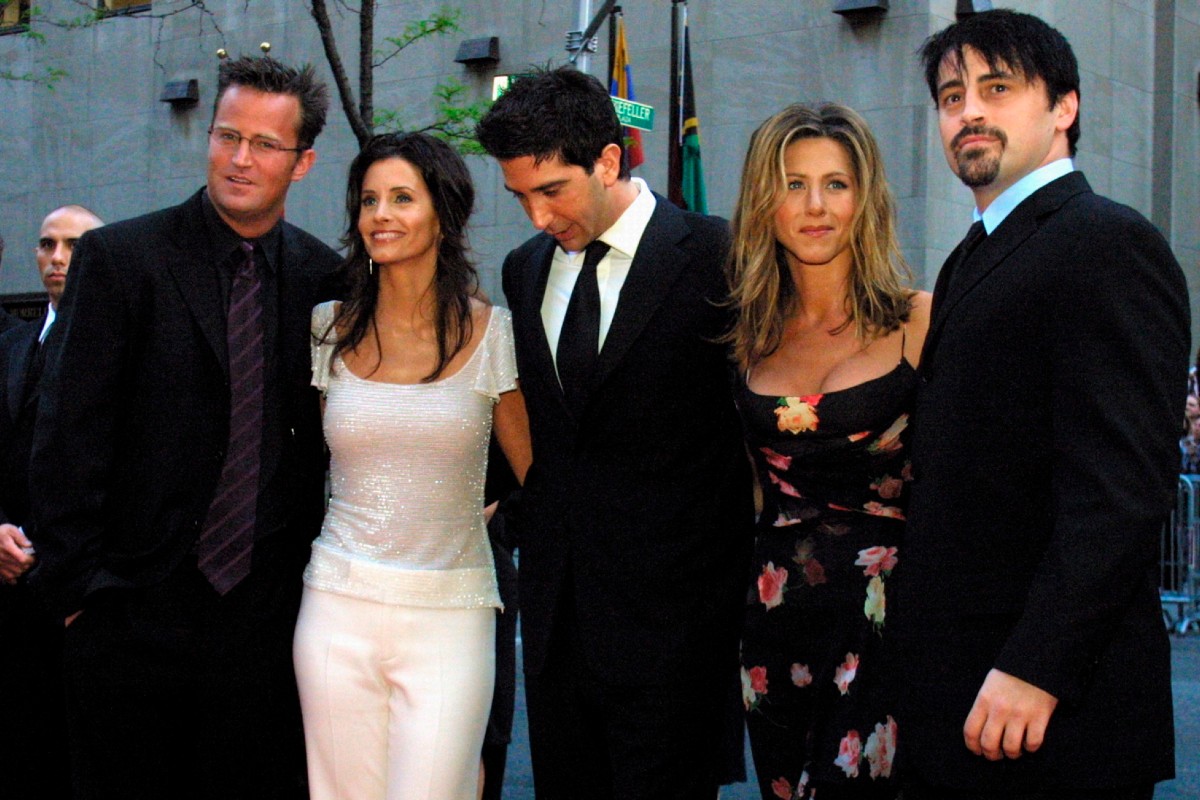 WarnerMedia first announced plans to film a Friends reunion special (tentatively titled “The One Where They All Got Back Together”) way back in February 2020. Originally, the unscripted special was scheduled to be filmed over two days in late March to be aired on HBO Max, WarnerMedia’s streaming service, in late May 2020.

But before filming could happen, the coronavirus pandemic hit and shut down the project — temporarily. Now, at long last, filming has finished and HBO has finally announced the official air date and featured cast. The one glaring problem? Of the 25 celebs that will make cameo appearances on the show, not a single one is Black.

Who Will Appear on the ‘Friends’ Reunion Special?

We're going to need a bigger couch. Catch these special guest appearances in the #FriendsReunion streaming May 27 on HBO Max. pic.twitter.com/1VVYCdtpqv

In a tweet posted on Thursday, HBO Max included a list of celebrities, actors, and other big names we can expect to see on the reunion show.

To be fair, there are a handful of POC cameos — like Mindy Kaling and Malala Yousafzai. But the lack of Black ‘Friends’ is causing uproar on social media.

Ah yes. FRIENDS.
After convincing us that NYC has no Black or Brown people in it for 9 seasons, they issue a reunion with 25 celebs and somehow evade finding a single Black person. https://t.co/kSYyN3MtQ3

I see that Friends reunion has the same number of Black folks as the original show. Consistency I guess?? pic.twitter.com/cOrUozrbwA

Friends reunion! So many new friends! None of 'em Black! https://t.co/LI5n0Bo0cF

With a predominantly white cast of characters living in New York, Friends has been criticized for its lack of diversity before. Cast member Lisa Kudrow commented on the issue in an interview with The Sunday Times. When asked how the show would look different if it were filmed today, she said, “It would not be an all-white cast, for sure”.

Courtney Cox discussed the “emotional” process of shooting the reunion special on this morning’s episode of The Ellen DeGeneres Show.

Speaking with host Ellen DeGeneres remotely from her living room, Courtney Cox — who played Monica in the beloved NBC sitcom — called the experience of taping the Friends reunion “unbelievable”. “It was so emotional,” she said. “It’s an unscripted reunion, but we got to be on Stage 24 for the first time, all of us in, like, I forgot how many years. 15 years? 17 years?”

In addition to dishing on the reunion, Cox revisited the process of shooting the iconic fountain scene during the Friend’s opening credits. “We were in that fountain for a long time,” the actress remembered. “And let me tell you what happens: It’s not fun to be dancing in a fountain for hours and hours.”

“I remember Matthew Perry saying at one point … ‘Can’t remember a time that I wasn’t in this fountain,’ ” Cox added. “Literally, we were just like, ‘Oh my God, how much longer am I gonna pretend I love dancing in the water?’ It was fun, but not really.”

Everything we Know About the Upcoming ‘Friends’ Reunion Special

Although we don’t know the exact release date for the Friends reunion special, we do know filming finished up in early April thanks to the show’s official Instagram account.

According to The Hollywood Reporter, the cast will earn more than twice their former per-episode fee for the reunion and be paid between $2.5 million and $3 million for the special. The special episode was directed by Ben Winston, writer for The Late Late Show. Winston is also the executive producer, along with Friends co-creators Kevin Bright, and Marta Kauffman, David Crane.

We also know that the reunion special is not a reboot. Rather, the episode will feature the Friends cast members as themselves returning to the set to “reminisce” As HBO explained in a statement, “…in order to avoid any misunderstanding about what this special is, we want to make it very clear that this is not a new, original episode of the series. The cast will be appearing as themselves, not as their beloved characters.”

When discussing the reunion special’s format on The Graham Norton Show, cast member David Schwimmer hinted, “there is one section I don’t want to give away where we all read something.” During a phone interview with Deadline, cast member Jennifer Aniston said, “It?s going to be super…[The pandemic] has also given us more time to make it even more exciting and more fun than it would have been.”

She added, “Look, we?re not going anywhere. You?re never going to get rid of Friends, sorry. You?re stuck with us for life guys.” Originally airing on NBC in 1994, Friends ran 10 seasons before airing its final episode on May 6, 2004. The TV show — which was shot in front of a live audience — followed the lives of six friends living in New York and gathering at their beloved Central Perk cafe. It was nominated for 62 Primetime Emmy Awards and won 6.

Editors Note: This article was originally published on May 6, 2021. it was updated on May 17, 2021, after producers announced the guest stars.

Watch: ?Friends?: Where Is the Cast Now?