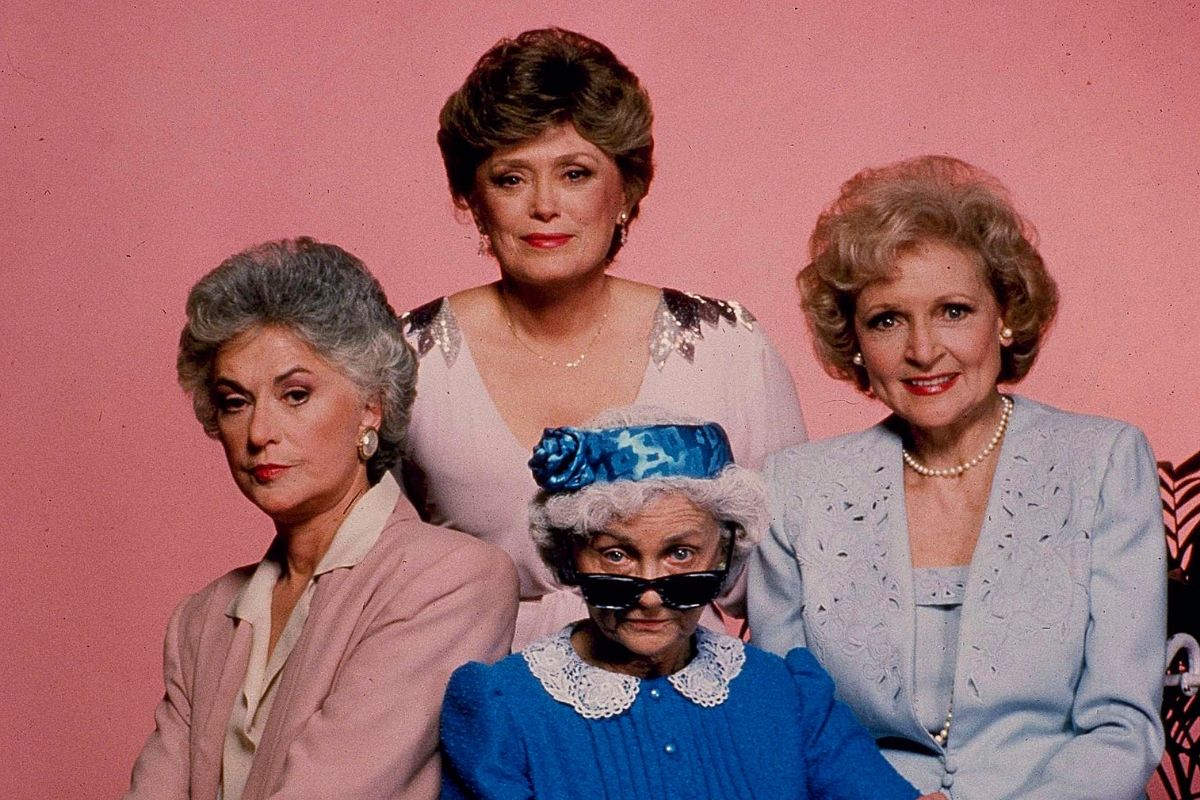 The Golden Girls has become a beloved pop culture staple and one of the most iconic TV shows of all time, with Golden Girls-themed tee-shirts, mugs, tote bags, and even Funko Pops available for purchase and endless memes available to express your feelings via a vicious one-liner from Dorothy or a saucy double entendre from Blanche. People who might declare themselves a Carrie, Miranda, Charlotte, or Samantha seem just as likely to declare themselves a Dorothy, Blanche, Rose, or Sophia. But does anyone remember Coco, the fifth roommate who only appeared in The Golden Girls pilot episode? The Golden Girls is often noted for its relatively progressive attitudes on LGBTQ issues for its time, but it very nearly was even more groundbreaking: the Girls originally lived with a openly gay Latino housekeeper—in fact, one of the show’s producers insisted that the show contain a gay main character and the show’s creator happily obliged.

Per Decider, The Golden Girls came to be in the first place because of a joke made between Selma Diamond and Doris Roberts, two actresses then in their 60s, about a show revolving around retirees living in Florida called Miami Nice. NBC executives Brandon Tartikoff and Warren Littlefield decided to take the joke and develop an actual show around that exact premise. They hired writer Susan Harris, who had previously created the sitcoms Soap and Benson. Soap had made history for having one of the first recurring gay characters in television history, Jodie Dallas, played by Billy Crystal.

The Golden Girls was making history of its own; there had never been a sitcom that centered the day to day lives of older women. When the pilot episode of The Golden Girls, “The Engagement,” premiered on September 14, 1985, it was directed by Jay Sandrich and starred Betty White as the sweet, naive farmgirl from St. Olaf, Minnesota Rose Nylund, Rue McClanahan as the sexy, sassy Southern belle Blanche Devereaux, Bea Arthur as the smart, sarcastic divorcee from New York City Dorothy Zbornak, Estelle Getty as Dorothy’s mother, the spry, wise-cracking Sophia Petrillo, who had escaped the dreaded Shady Pines retirement home and come to live with her daughter and her roommates in Miami, and Charles Levin as the former drag performer turned housekeeper Coco who somehow ended up living with four ladies of a certain age, making them enchiladas rancheros an,d serving up advice and cheesecake on the lanai.

Charles Levin had been a regular on the series Alice and Hills Street Blues, per the IMDB; his character on Hill Street Blues was also gay, and producers reportedly asked him to use the mannerisms he’d used on Hill Street Blues for Coco. The original pilot script had much more screen time and lines for Coco than the finished episode; however, the running time went over by five minutes, which required lots of cutting, and Coco’s lines were the first to go. Apparently, however, the real reason Coco ended up getting written out of the show after the first episode was the unexpected positive response from the audience regarding Estelle Getty’s portrayal of Sophia. Sophia was originally supposed to be a recurring character rather than one of main Girls, but she was so well-received that the producers decided to make her a main character. The other three leads were Hollywood veterans—Bea Arthur had starred on the sitcom Maude, Betty White had been on television since 1939 and starred on sitcoms like The Mary Tyler Moore Show and Mama’s Family, and Rue McClanahan had appeared alongside White on Mama’s Family, Arthur on Maude, and on countless other classic sitcoms. Estelle Getty, however, was relatively new to television—most viewers were introduced to her via her performance as Sophia and fell in love with her. In other words, Sophia was in and Coco was out. He simply doesn’t appear in the second episode and is never mentioned again.

The Golden Girls: Still Ahead Of Its Time In Many Ways

As Decider points out, the show so aggressively tackled issues specific to aging women that it’s hard to imagine how a young, gay housekeeper could have come off as anything other than “a fifth wheel.” There’s also the question of how four women who band together as roommates in part to save money on housing could afford a live-in housekeeper. The idea of Coco as a regular on The Golden Girls may be a “what could have been” scenario forever, but the show did go on to be much more inclusive than most ‘80s sitcoms. There was usually at least one LGBTQ-related storyline each season and there were several gay writers on the show’s writing staff who “tackled gay issues using the four leads as stand-ins,” per Decider. On one episode, Blanche even tells Rose, who is concerned that she’s contracted HIV via a blood transfusion, that “AIDS is not a bad person’s disease.” This was an incredibly bold statement from a prime time sitcom during a time in history that most television shows entirely ignored AIDS as it swept through the LGBTQ community.

The Golden Girls ran for seven seasons, had two spin-offs in Empty Nest and the short-lived The Golden Palace, and is currently in reruns on Hulu for anyone who needs to settle down in their living room with some cheesecake and sing along with the iconic theme song “Thank You For Being A Friend.” Stay golden!