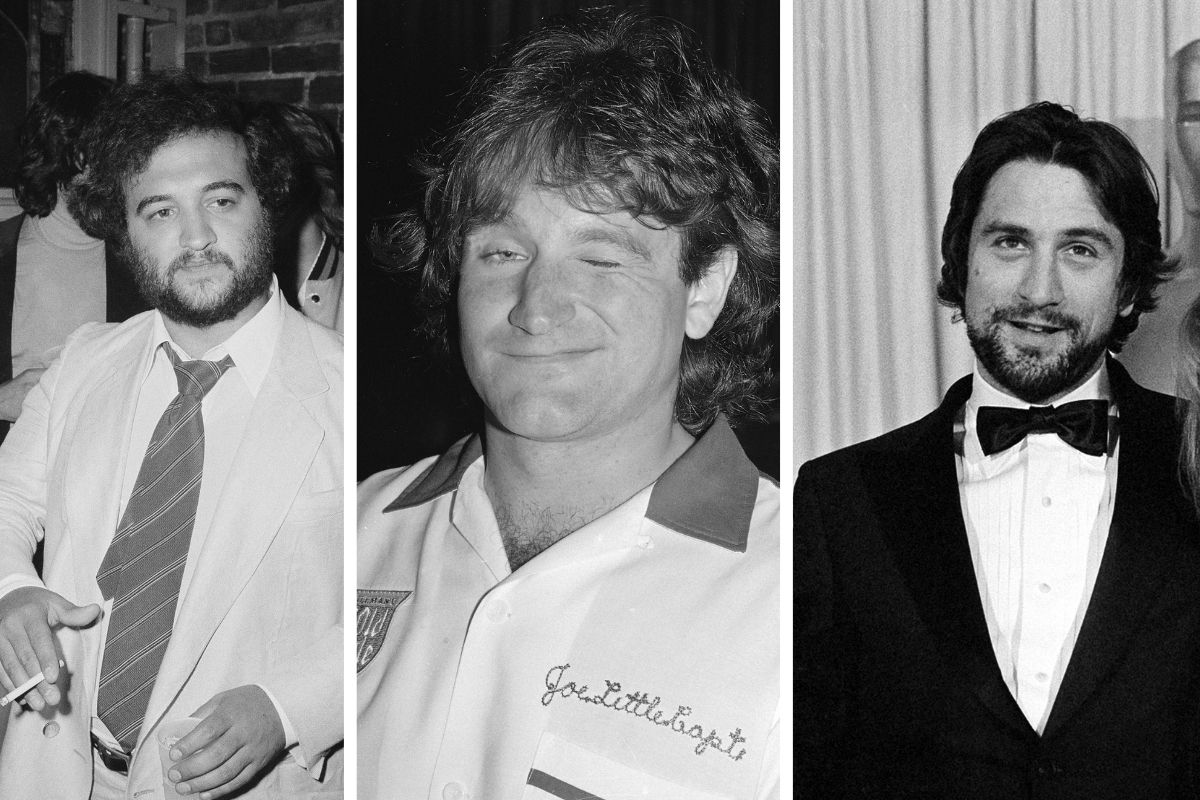 Big household name John Belushi tragically died of a drug overdose in the famed Chateau Marmont hotel in Los Angeles, California, on March 5, 1982. Ever since, the legendary SNL cast member has been remembered by all, including celebrities, for his work throughout his years as an entertainer. The comedian was just 33-years-old at the time of his death.

Belushi’s life and death were chronicled in a book written by Hollywood historian Shawn Levy, titled The Castle on Sunset. The novel is currently being adapted into an HBO show by John Krasinksi and Aaron Sorkin. While I was reading the book, (yes, I am personally a huge John Belushi fan) I noticed a detail that blew my mind. Apparently, Robert De Niro and Robin Williams had actually stopped by Belushi’s bungalow in the middle of the night to snort some cocaine with the comedian. They were the last people to see their beloved friend alive.

Weeks before his death, his emotional and physical state were so bad that he had to check himself into the Chateau Marmont in hopes of writing a hit movie, seeing as his two other films Neighbors and Continental Divide hadn’t done that well. His last major success before his death was Animal House four years prior. Unfortunately, the writing wasn’t going very well and executives at Paramount Pictures were running out of patience.

Belushi definitely felt the pressure of the demand during his final days, which affected his mental health even more as he desperately tried to mask it with his vices such as drug use. That’s when people definitely knew that something was very wrong with the comedian. On March 4, De Niro, who loved to indulge in wild night parties at Belushi’s basement rec room in Manhattan, reportedly tried to convince the SNL star to join him for a night out at On the Rox, an exclusive nightclub. When De Niro arrived at his bungalow, the actor was very disgusted with what he found.

“John Belushi: The Final 24 The Story of His Final 24 Hours”

Apparently, the living room was trashed, as if there had been a rage. There was also a woman named Cathy Smith lounging amid several discarded pizza boxes and wine bottles with dirty laundry as if she lived with the Saturday Night Live star. De Niro even went out of his way, calling the woman “trashy.” That’s when Belushi told the actor to return to his room after the clubs close. While he was out, De Niro ran into Robin William who then agreed to stop by Belushi’s hotel room after the club.

According to Levy, ?Williams did, and like De Niro, was creeped out by the scene, leaving after a few words and a little coke. After he left, De Niro, too, stopped in at the bungalow, entering through the sliding glass patio door. He had a few words and a few lines and then took some of the cocaine that was piled on the living room table and went back to his suite. It was some time past 3 a.m.?

“Wired: The Short Life and Fast Times of John Belushi”

Unfortunately, that would be the last time that both Oscar winners saw their beloved friend alive. The next morning The Blues Brothers star was found unconscious by his bodyguard and personal trainer, Bill Wallace. That’s when rumors began to spread heavily that something was going on at the Chateau Marmont, and reporters flooded the scene. De Niro had reportedly tried to call Belushi but wasn’t getting through.

That’s when he called the front desk and learned about Belushi’s death from staff members. Belushi’s body was strapped to a gurney by the EMT and then rolled out to a coroner’s vehicle on Montreal Road. His cause of death was combined drug intoxication involving cocaine and heroin, a combination known as speedball.