“You Talkin’ To Me?!”: The Story Behind Robert De Niro’s Famous Line 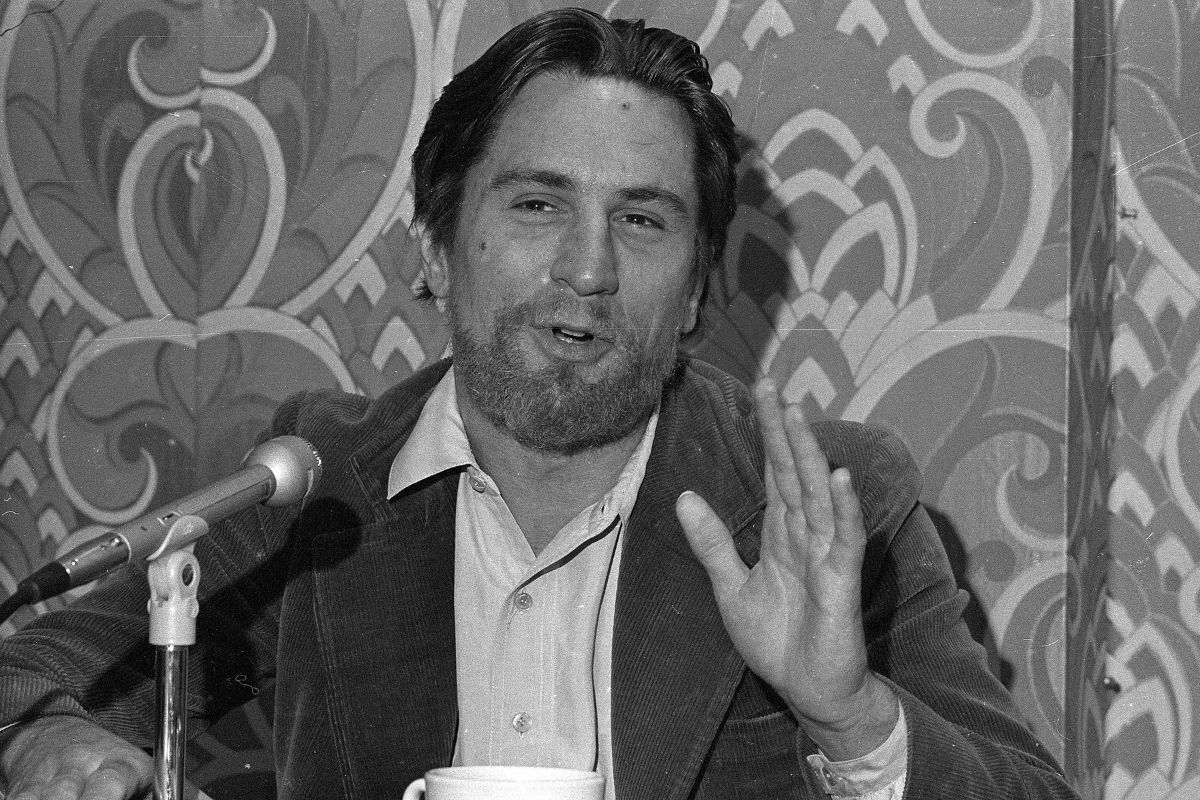 New York City today looks nothing like the neon-buzzing urban decay captured in Taxi Driver. Martin Scorsese’s 1976 neo-noir classic famously (or, infamously) portrayed the concrete jungle as just that: a cold, hard, survivalist maze. “Thank God for the rain which has helped wash away the garbage and trash off the sidewalks,” says Travis Bickle, the titular cabby, as he makes his way through the underbelly of Manhattan in the film?s opening sequence.

Robert De Niro played Travis Bickle to critical acclaim. (He earned his second Oscar for the role, two years after The Godfather Part II.) In the 44 years that have passed, De Niro only cemented his place in Hollywood as one of the greats: a serious actor who can humanize even the most ruffian roles. And in that time, New York City also proved itself. Violent crime dropped, and the streets cleaned up well. So what of the gritty Taxi Driver landscape remains timeless? For many, the answer is simple. One tough line: “You talkin? to me?”

Watch the Scene: ?You Talkin? To Me??

Like in many classic noirs, the events of Taxi Driver play out against a detailed voiceover. But where older detective flicks provide stern, first ­person narration, Travis Bickle?s inner monologues are poetic and reflective. Occurring mostly while Bickle gazes out the windshield of his yellow cab, the tirades advance his Vietnam vet character, rather than the plot. In fact, real human dialogue that includes Travis Bickle is sparse in the film Taxi Driver. His actions are mostly internal. And so it seems fitting that in one of Bickle’s few chances to truly talk out loud, he is talking to himself.

Also unsurprisingly, De Niro steals the whole show. Leading up to the scene, Bickle has purchased guns and begun to stalk a presidential candidate. More erratic than ever, he fantasizes at home about a situation that would require him to draw. (This is pre-mohawk if you don?t remember.) As De Niro stands in front of a mirror, Martin Scorsese?s camerawork flips back and forth dizzyingly.

So Who Came Up With the Line?

The cast of Taxi Driver, including Cybill Shepherd, Martin Scorsese, Robert De Niro, Jodie Foster, and Harvey Keitel, reunited in 2016 at the Tribeca film festival. During the public artist talk, De Niro was refreshingly candid about behind-the-scenes trivia. He revealed that he and Scorsese ?never had any existential discussions? when planning Bickle?s character. He also said that ?Every day for 40 f*****g years,? at least someone has come up to him and said the ?You talkin? to me?? line.

And Scorsese admitted on stage what was long rumored to be true: that De Niro had indeed improvised not only the line but the whole mirror scene. Screenwriter Paul Schrader, who also attended the Tribeca talk, hardly outlined the episode in his script, simply writing that Bickle ?plays like a cowboy, pulls out his gun, talks to himself.? So when Scorsese was directing and needed to know the lines, he called Schraeder who encouraged De Niro to act like a kid. ?Act like you?re a kid and you got that little holster and cap gun and you?re standing there,? Schraeder explained. And from there, the rest was De Niro.

Of course, Taxi Driver is known for more than one famous line. And with the film now out on Netflix, who knows what fandom might follow. Taxi Driver launched Jodie Foster to stardom. It was the start of Martin Scorsese and Robert De Niro?s long professional collaboration and personal friendship, which is still receiving Oscar nods in 2020. (Raging Bull, The King of Comedy, Goodfellas, Mean Streets, The Irishman… the list goes on.) And on a darker note, Taxi Driver inspired John Hinkley Jr., the Jodie Foster stalker, to attempt to assassinate  Ronald Regan during his third month of office in 1981. Taxi Driver leaves behind a troubled and mysterious legacy. But one thing that?s no longer a mystery, is the story behind that iconic movie quote. Seriously, who the hell else are you talkin? to?