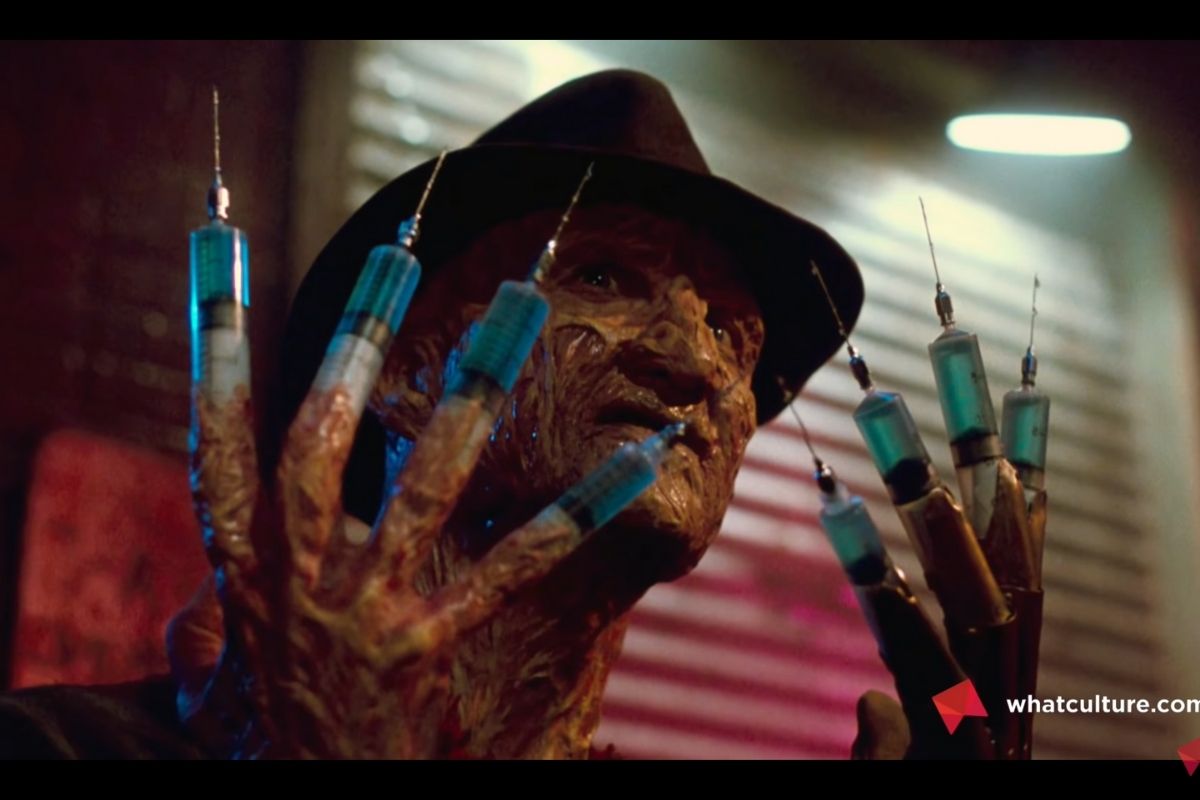 A Nightmare on Elm Street lives on in all our fearful imaginations for its infamous, unrivaled horror villain: Freddy Krueger. Wes Craven’s 1984 classic introduced audiences to a slasher killer with personality, even flare. Unlike the murderers in Halloween (Michael Myers), Friday the 13th (Jason Voorhees), or Texas Chainsaw Massacre (Leatherface), Freddy doesn’t hide behind a mask.

His face alone is terrifying enough. With cutthroat claw fingers and a terrible grin, so awfully charred, Freddy Krueger is the ultimate image of movie monstrosity. So it might surprise you that the real-life story which inspired A Nightmare on Elm Street is even scarier, and sadder, than Freddy himself.

Freddy Krueger is metaphysical. He lives in your dreams but he strikes in reality. When Freddy stalks down a smoky hallway, dagger-fingers dragging along the boiler room walls, it’s impossible to tell whether the next moment will result in demise, or a simple wake up call. In an interview with Vulture in 2014, director Wes Craven revealed where this realm-hopping concept came from.

“I’d read an article in the Los Angeles Times about a family who had escaped the Killing Fields in Cambodia and managed to get to the U.S. Things were fine, and then suddenly the young son was having very disturbing nightmares. He told his parents he was afraid that if he slept, the thing chasing him would get him, so he tried to stay awake for days at a time. When he finally fell asleep, his parents thought this crisis was over. Then they heard screams in the middle of the night. By the time they got to him, he was dead. He died in the middle of a nightmare. Here was a youngster having a vision of a horror that everyone older was denying. That became the central line of Nightmare on Elm Street.”

During the Vietnam war, the United States dropped bombs on the neighboring country of Cambodia, presumably seeking out Vietnamese troops that hide along the borders. This force, which unleashed collateral damage and spiked civilian deaths, only increased the number of communist guerillas in Cambodia. Thus the Khmer Rouge was born, an extremist group headed by the ruthless leader Pol Pot. Gaining a following, the Khmer Rouge weakened the central government of Cambodia, staged a coup, and easily gained control of the king who was already up against the US-installed, anti-Communist dictatorship. That American dictatorship fell immediately following the close of the Vietnam war, and the Khmer Rouge filled the power vacuum. But their plan was evil; results were swift and tragic.

First, the cities were abandoned. The Khmer Rouge forced all inhabitants to turn over their possessions and start walking into the countryside. Then they executed anyone “elite”: soldiers, teachers, administrators, people with glasses. With the mission of an anti-individualist, agrarian society, a mass peasant state was enforced. Schools were turned into prisons. And the prisons, with a death rate of over 99%, were a pipeline to the Killing Fields. As everyone began to starve, the failure was blamed on the populace. Accused of being spies, just about anyone was subject to punishment: torture and execution in the Killing Fields.

From 1975 to 1979, up to 2.5 million people were murdered by the Khmer Rouge — roughly 1/4 of the previous Cambodian population. The mass murders were especially brutal. Without the means for ammunition, Cambodians were beaten with sharpened sticks, hoes, bricks, whatever the Khmer Rouge could get their hands on. Gruesome techniques that make Freddy Krueger’s antics look positively flamboyant. In the Killing Fields, children and infants died having their heads beat against trees. And the soldiers who carried out these war crimes often were kids themselves: child soldiers. The corpses were left in shallow mass graves.

These unthinkable practices continued until the Vietnamese invasion in 1979. But it would take decades for the heads of the Khmer Rouge to be tried for their crimes, receiving justice as late as 2009. Pol Pot lived to the age of 72. Meanwhile, survivors’ minds were brutalized by what they had witnessed. Although I could not place the exact story Wes Craven referenced in Vulture, another Los Angeles Times article from 1987 outlines some of the PTSD symptoms that plagued so many Cambodian refugees, including sudden blindness and sleep disturbances.

Additionally, articles about Hmong refugees suffering from Sudden Unexplained Nocturnal Death Syndrome (SUNDS) did run in the Los Angeles Times prior to the release of A Nightmare on Elm Street. These pieces describe the unusual onslaught of SUNDS death in young men from Laos following their involvement in the Vietnam War and subsequent relocation to the United States. Utter traumatization is one hypothesis for dying while asleep and otherwise healthy. Another article suggested a spiritual anxiety that troubled victims after leaving their homeland.

With no clear answer to SUNDS, a dream tormenter like Freddy Krueger fulfills our cultural imagination. But with the Hollywood version of this mysterious affliction centering on white American teens, the real-world root of the horror disappears into filmmaker Wes Craven’s stylish approach. It’s important — and entirely more frightening — to remember the human atrocities that fed (and still feed) our Westernized appetite for gore. An appetite that Craven himself is credited for whetting.

Stuck in the Suburbs

A Nightmare on Elm Street makes no overt references to the Vietnam War or the Cambodian Genocide. Instead, the horror movie takes place in the campy, small town of Springwood, Ohio. So drastically transported from its source material, the Reagan-era atmosphere has become idealistic for any slasher film. Nightmare follows four teenage friends, a genre standard, who are tormented in their dreams by Freddy Krueger. Backstory reveals Krueger as a child killer who was taken down, vigilante-style, by the resident grown-ups decades prior. The adults who populate Springwood are a nightmare too: alcoholic, pill-popping, and self-absorbed to the point of neglect. It seems the parents also were permanently haunted by the memory of Freddy Krueger.

This unique, familial addition taints the quaint town and paints protagonist Nancy Thompson, played by Heather Langenkamp, as up against it all: generational trauma, a nagging boyfriend, and of course, the dream child murderer. With extreme special effects and a tough-as-nails final girl, A Nightmare on Elm Street was a box office success that put the indie New Line Cinema on the map. What’s more, Nightmare introduced audiences to not only Robert Englund’s edgy Freddy Kruger but also to the dreamy teenage Johnny Depp as Nancy’s boyfriend Glen.

A Nightmare on Elm Street, followed by A Nightmare on Elm Street 2: Freddy’s Revenge, went on to become one of America’s scariest and most profitable franchises — complete with six sequels, two spin-offs, and a remake. Wes Craven would only take part in two of these continuations: A Nightmare on Elm Street 3: Dream Warriors and New Nightmare. But as the series continued, the mystery of Freddy disintegrated. His full origin story slowly was revealed, from conception (a brutal asylum gang rape) through childhood (full of abuse) up to the details of his mystical transformation into a dream demon.

Simultaneously, Freddy’s personality turned from the strong and silent type into a snarky, pun-loving killing machine. It’s all highly entertaining. But through humanizing Freddy and, eventually, elucidating the source of his power, the eerie enigma that powered the first film is gone. The original Nightmare on Elm Steet was about a darkness that cannot be explained or accounted for. So after decades of a cartoonish Krueger, it’s difficult to look back and realize that Wes Craven’s original horror film inspiration was in fact a confounding case of SUNDS, the Killing Fields of Cambodia, and the denial of a national nightmare.

Watch: ‘Blair Witch Project’ Cast: Where Are They Now?