Paul McCartney Breaks Down His Most Iconic Songs 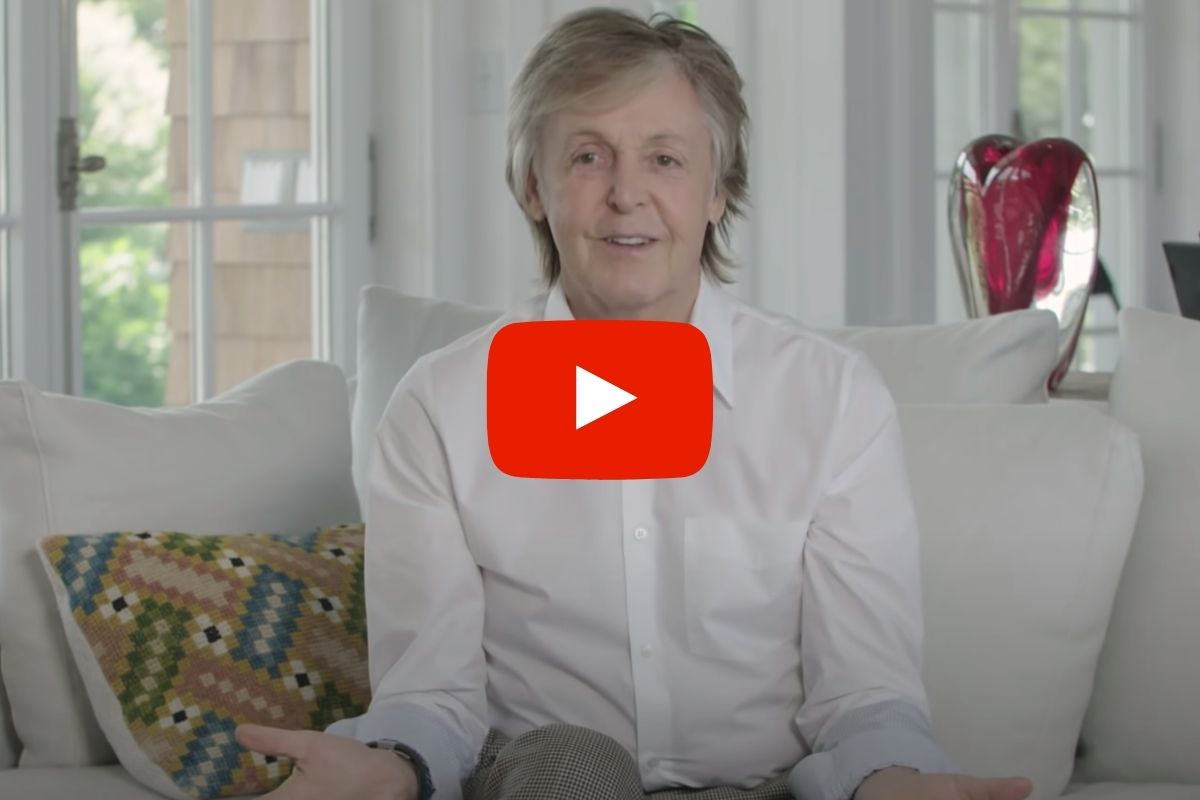 Since I can remember, I have loved The Beatles and everything they stand for. The main reason why I began singing was because I fell in love with Paul McCartney’s voice and John Lennon’s songwriting. They were the dynamic duo that everyone wanted to see live and be friends with. It was just an unhealthy obsession I had, but hey, as a musician I’m proud to have influences like that in my life.

It wasn’t until 2019 when I bawled my eyes out watching Paul McCartney on stage, as he performed in front of a crowd that I realized this mas was a masterpiece. Don’t get me wrong Beatles fans, John Lennon, George Harrison, and Ringo Starr are right up there with him.

Paul McCartney Breaks Down His Most Iconic Songs

A few years ago he spoke with GQ about some of the most iconic songs that he’s written throughout his life. In the interview, her spoke about the music he wrote as a band with The Beatles and a solo performer. As a number one fan, this interview is now imprinted in my brain which is why I wanted to share it with you guys.

Paul McCartney has been writing songs for more than 60 years and is one of the world’s biggest artists in the industry. He sat down with GQ to discuss some of the famous songs and the most significant works. Here are some of my favorite takeaways that opened my eyes a little bit more to the life of The Beatles.

The Liverpool native stated that he woke up one day with the melody of Yesterday, but didn’t have any lyrics. To keep it fresh in his mind, he originally titled the song “Scrambled Eggs.” I guess this goes to show how important it is to edit your work and make sure it’s perfect before releasing a song. Yesterday remains one of the most popular songs today, with more than 2,200 cover versions, and one of the most covered songs in the history of recorded music.

In 1997 the song was inducted into the Grammy Hall of Fame. Yesterday is a ballad about a break-up of a relationship. The singer laments for yesterday when he and his love were together before she left because of something that he had said.

McCartney remembers coming up with the orchestral interlude in an otherwise perfect song. The song was released in the band’s final track on the 1967 album Sgt. Pepper’s Lonely Hearts Club Band. The lyrics were mainly written by John Lennon himself, with Paul McCartney contributing to the song’s middle section. Lennon’s lyrics were said to be inspired by contemporary and newspaper articles, which included a report on the death of Guinness heir Tara Browne. McCartney then recalls his younger years which include smoking, riding a bus, and going to class. The song beautifully ends with a sustained riff chord which is played on several keyboards that sustain for over 40 seconds.

Apparently, we have Pete Townsend from The Who to thank for this song. Paul McCartney stated that he was jealous that he made the ?heaviest, dirtiest song ever,? which is why McCartney urged the bandmates to make one even “dirtier.” Hence, Helter Skelter was born. The song is included in their 1968 album The Beatles, also known as a White Album, and was written by Paul McCartney and credited to Lennon-McCartney.

As we all know, Helter Skelter was then interpreted by Charles Manson, who was the cult leader, as a message that predicted interracial War in the United States. Rolling Stones placed Helter Skelter 52nd on its list of 100 greatest Beatles songs. Artists who have covered the tract include Motley Crue, U2, Aerosmith, and Siouxsie and the Banshees.

By far my favorite song by The Beatles in the entire world, it gave me chills the first time I heard it. Why is this song called Hey Jude? Mainly is focused on John Lennon’s son Julian. The ballad was written by McCartney to comfort Julian after Lennon had left his wife for Yoko Ono. The lyrics promote a positive outlook on a sad situation, while also encouraging to pursue the opportunities to find love.

Hey Jude was the longest single the top British charge when it first came out. In 2013 Billboard Magazine named it the 10th biggest songs of all time in terms of the chart success. It is one of McCartney’s favorite songs to perform and still perform to this day since Lennon’s death in 1980, leaving audiences to sing the coda, “na, na, na.”

Blackbird was released on the 1968 double album The Beatles, also known as a White Album. It was written by Sir Paul McCartney and credited to Lennon-McCartney as well, but it’s performed as a solo piece by the former Beatle using an acoustic guitar. According to the artist, he said the lyrics were inspired by hearing a call of a blackbird when he was in Rishikesh, India, and by an unfortunate state of race relations in the US in 1960.

Speaking with KCRW DJ Chris Dourdias, the songwriter stated, ?I was in Scotland playing on my guitar, and I remembered this whole idea of “you were only waiting for this moment to arise” was about, you know, the black people’s struggle in the southern states, and I was using the symbolism of a blackbird. It’s not really about a blackbird whose wings are broken, you know, it’s a bit more symbolic.?

McCartney credits Let It Be, released on March 6th, 1970, to his mother. Apparently, the singer had had a dream about his mom during an appearance surrounding a session for the Beatles’ White Album. His mother had died of cancer in 1956 when he was only 14. In the interview, he revealed that his mother had told him, ?it will be alright, just let it be.? Several times fans often interpreted the phrase ?Mother Mary? biblically, to which McCartney responded that listeners can interpret the song however they like.