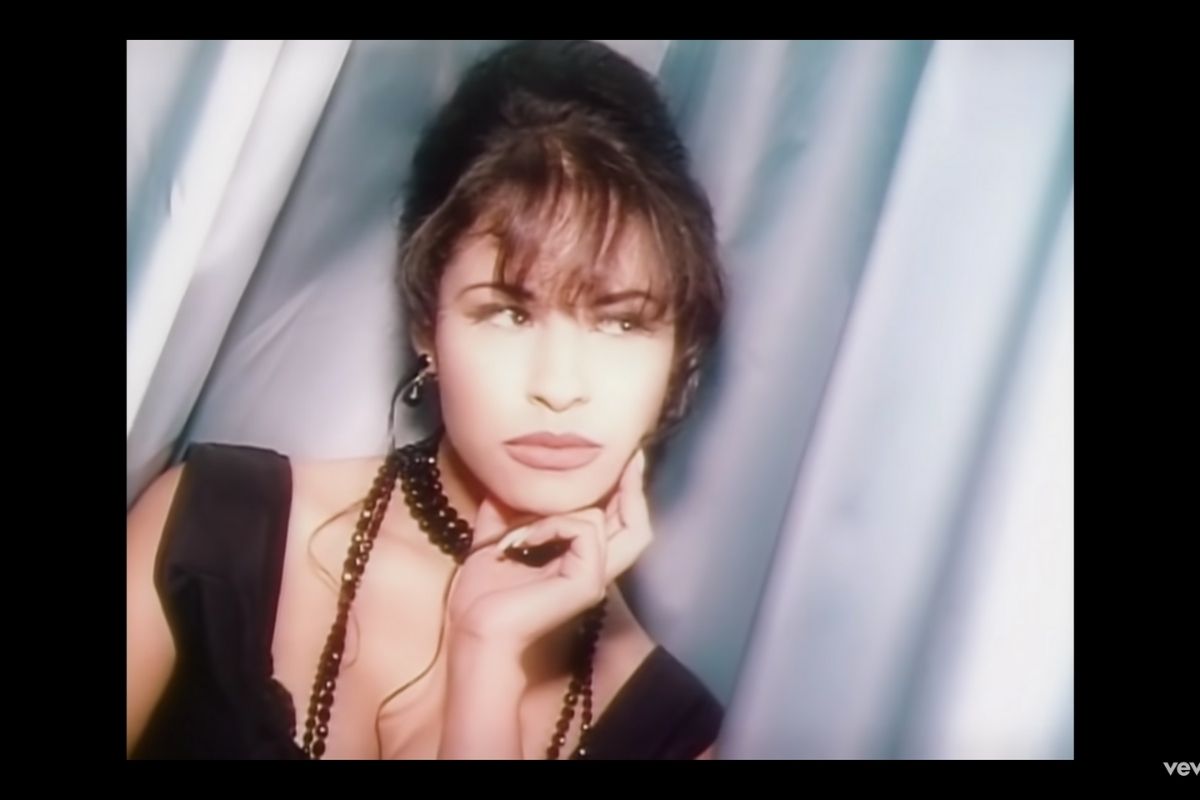 Kyu Sakamoto’s “Sukiyaki” was an international hit during the early sixties. Originally released in Japan during 1961 (as “Ue o Muite Aruk?), Sakamoto found worldwide fame when his crooner tune topped the U.S. Billboard Hot 100 in 1963. For a song entirely in Japanese, “Sukiyaki” was was a surprising success overseas. It became America’s first #1 single in a non-European language ? and remained the only #1 single by an Asian artist until recently, with BTS’ “Dynamite” in 2020. But did you know that Selena also released her own version of “Sukiyaki” for her Spanish-speaking audience? In honor of what would have been Selena’s 50th birthday, today, check out the beautiful cover below.

The Cross-Cultural Legacy of “Sukiyaki”

Kyu Sakamoto’s easygoing tune was released in Japan in 1961 with the title “Ue o Muite Aruk?,” which translates to “I Look Up When I Walk.” But when Sakamoto’s hit was marketed for English speakers, the title was changed to “Sukiyaki.” This recognizable and squarely Japanese word was easier for Americans to pronounce ? nevermind that “Sukiyaki,” essentially meaning “Beef Stew,” has absolutely nothing to do with the lyrics. In fact, this seemingly upbeat ditty, when accurately translated, tells the story of a hearbroken young man who looks up when he walks “so that the tears won’t fall.” (For an expanded English translation, check out the video above.)

The lonely lyrics of “Sukiyaki” might surprise English listeners, who remember the song most for its distinct whistling and kind melody. A Taste of Honey vocalist Janice-Marie Johnson recalls hearing “Sukiyaki” on the radio as a child and being “deeply moved” by a song she couldn’t understand. Becoming instantly obsessed with Kyu Sakamoto’s sound, Johnson performed a rendition in her elementary school talent show. Nearly two decades later, she, along with Perry Kibble, would release their own disco duo version of the Japanese classic. Leaning heavily on non-Western instrumentation, the cover by A Taste of Honey pays homage to Sakamoto. As a songwriter, Janice-Marie Johnson penned English lyrics that stick thematically close to the original Japanese, telling the tale of a love affair gone too soon. A Taste of Honey reintroduced the world to “Sukiyaki”, in a super 80’s style, and introduced many listeners to the song’s true narrative ? for the first time. Listen to this unique take below.

Four years after A Taste of Honey’s “Sukiyaki” release, Kyu Sakamoto tragically died in the crash of Japan Airlines Flight 123. This single deadliest aircraft accident to date and took 520 lives on August 12, 1985. But Sakamoto’s mega-hit would remain in the cultural mainstream long after his untimely death. “Sukiyaki” has been covered countless times. But Selena’s version, appearing on the 1989 album Selena, added greatly to the international legacy of the song. Because this Mexican-American superstar presented her version entirely in Spanish.

Selena’s “Sukiyaki,” or “Caminaré Mirando Arriba,” was released by EMI records; first on Selena in 1989, then as a single the following year. Her Spanish lyrics are generally considered as a translation of Janice Marie Johnson’s own English rendition. When Selena sings the familiar tune, the heartbreak that both Johnson and Kyu Sakamoto envisioned is evident. Selena’s enchanting version also follows Sakamoto in the crooner tradition. Her vocals are emotive, pained even, and leave no question about the lyrics’ intent. However, Selena herself was not fluent in the language she sang.

In 1994, Selena Quintanilla-Pérez released the critically beloved Amor Prohibido which remains one of the best-selling Latin albums of all time in the United States. Through her savvy sound and a fearless sense of fashion, Selena quickly established herself as an artistic force who popularized Latin music subgenres, most notably Tejano. Dubbed the “Queen of Tejano,” many fans were shocked to learn that Selena was not native to the language. Raised in South Texas, Selena spoke English growing up and was taught by her father how to sing her songs phonetically. While she struggled with her Spanish skills, Selena made her mark in the Mexican music industry as an outsider. So in a sense, her rendition of “Sukiyaki” is spiritually akin to our collective relationship with the 1961 original by Kyu Sakamoto. A cultural fascination with “Sukiyaki” endures despite most listeners, not understanding Japanese. It’s a testament to the power of the music and a celebration of what emotion can carry beyond the borders of language.

Like Kyu Sakamoto, Selena’s beautiful live was cut tragically short. The songstress was murdered by her employee Yolanda Saldívar on March 31, 1995. She was just 23 years old. But in the decades since, Selena’s fandom has remained fiercely loyal. The iconic artist has been studied, celebrated, and portrayed through film, television, and cosplay. The new Netflix show, Selena: The Series is the most recent addition is to an ever-evolving commemoration of Selena’s powerful life.

Watch Selena perform “Sukiyaki” live below, and read on to view the full Spanish lyrics.

Editor’s Note: This article was originally published on Jan 4, 2021.