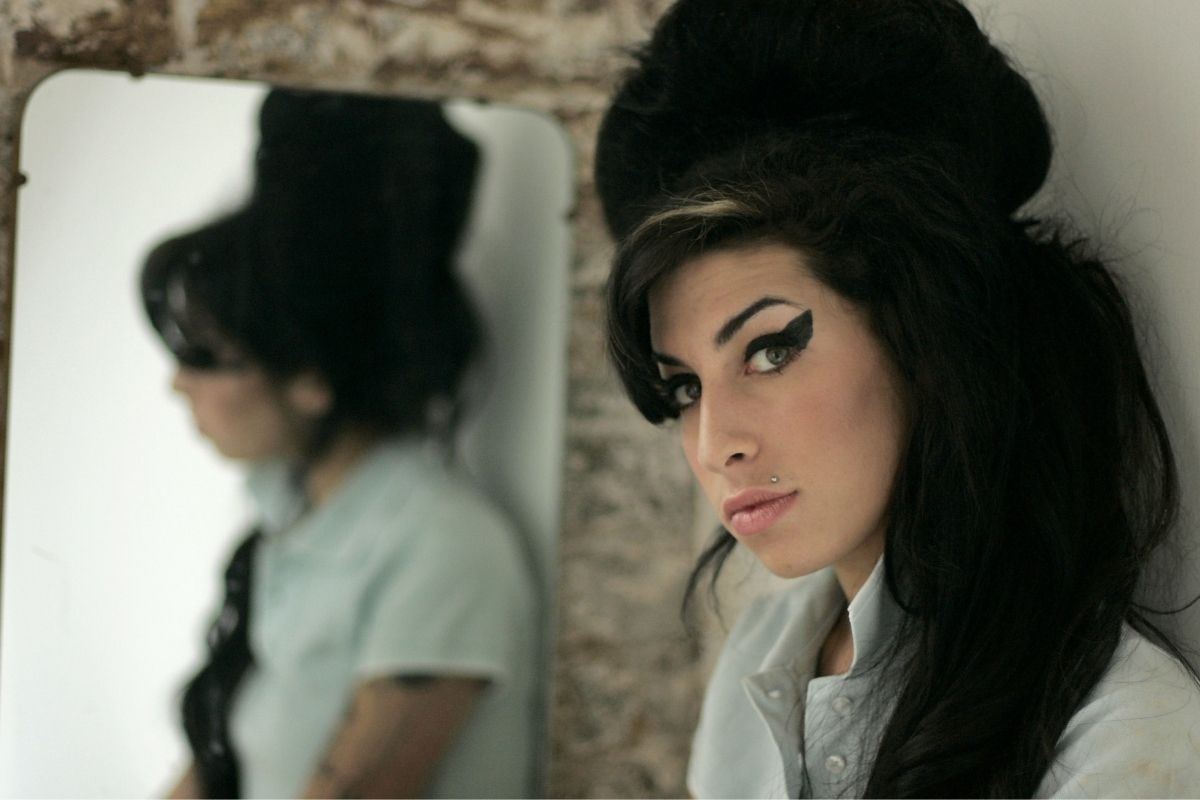 Grammy Award-winning artist Amy Winehouse was a beloved celebrity. The British performer was raw and real with her music. It wasn’t very shocking when she passed away at just 27 years old in her London home. The world mourned Winehouse’s death and her legacy lives on.

Amy Winehouse was born in London, England on September 14, 1983. She was raised by Jewish parents who separated when she was nine. She was an artist from a young age, even rumored to have been expelled from performance arts school for wearing a nose ring. While it got worse with time, it seems her bought with addiction began early in life.

Her first album Frank was released in 2003 to rave reviews. She was an incredibly talented soul singer who wrote honest lyrics. Her follow-up album, Back to Black, was filled with heartbreak songs, believed to be written about her on-again-off-again romance with Blake Fielder-Civil. Her biggest hit, the ironic song Rehab, from the album, won two Grammy’s. Aside from her voice, Winehouse was well-known for her jet black hair that was constantly in a beehive style, her signature look. While her career continued to gain success, her internal battles worsened. She began struggling with substance abuse, as well as alcohol abuse and eating disorders. It was believed she suffered from bulimia paired with drug abuse and alcoholism.

In January of 2008, the infamous tabloid The Sun shared images of the singer allegedly smoking crack. During this time, her father Mitch Winehouse claimed the singer had emphysema from crack cocaine use. She would attempt to get her career back on track following the incident, as well as her divorce from Fielder-Civil, but it was too late. She was too drunk to appear on stage, leading to the beginning of the end for Winehouse. She would attempt a concert in 2011 in Belgrade, Serbia, but she was too drunk to perform. She would never hit the stage again.

While Winehouse refused rehab, she did have a doctor that was trying to help her. Dr. Christina Romete was attempting to get Winehouse into therapy. She refused therapy but was given a Librium prescription as an attempt to aid her mental health issues. On July 22, 2011, Winehouse called Romete one last time. That night, her bodyguard Andrew Morris would find her lifeless body. Winehouse passed away from accidental alcohol poisoning in her North London home. She had a blood-alcohol level of .416, more than five times the English legal limit. She was just 27 years old, joining the infamous 27 club with members such as Janis Joplin and Jimi Hendrix, talented artists who died way too young.

While not shocking, Amy Winehouse’s death devastated her fans. Her image was constantly linked to one with empty vodka bottles, a walking trainwreck. Now, we can look at her legacy and realize the lack of compassion that was given to her as she slowly died from her addictions. Even her father admitted in an interview with The Guardian that he didn’t take her addiction as seriously as he should. The singer’s death and her legacy are one of talent and tragedy.

Watch: Never Forget the 27 Club and Its Heartbreaking Members