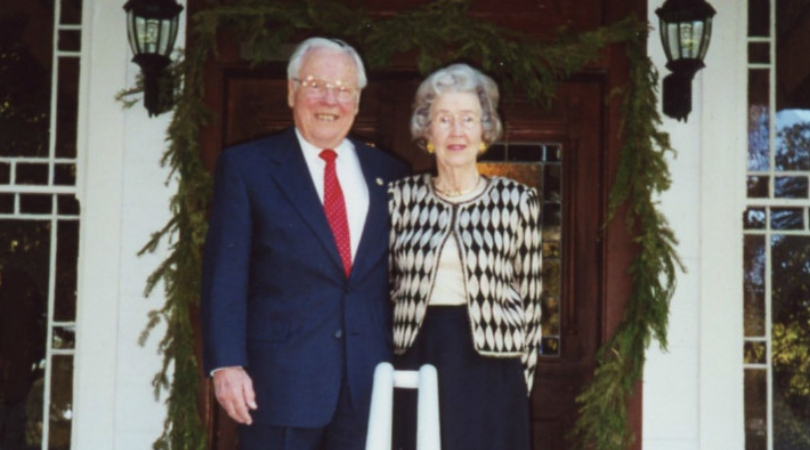 John and Charlotte Henderson have been living their lives in Texas with no particular goals or records set in mind. However, setting a new world record in the Guinness World Record Book is something this Texas couple just did, without even trying. The pair was just named, the “oldest living couple in the world.” The Hendersons, who live in Austin, Texas, have officially been married to each other for longer than any other couple in the world. This year, in December they will celebrate their 80th wedding anniversary.

The two Austinites met each other at the University of Texas in 1934. John was playing guard on the  Longhorn football team, while Charlotte was taking courses to become a teacher. They got married a few years later, during the great depression, on December 15, 1939. At this time the hotel room they spent their honeymoon in only cost them $7.

What's the secret to a long, healthy marriage?​ https://t.co/hQmiQJFFVQ

Today they are 107 (John) and 105 (Charlotte) years old, with their combined age being 211 years old! Although they are no longer enrolled at the University of Texas, the hook em’ spirit runs deep within their lives and relationship. To this day, John hold’s the title of the world’s oldest living former UT football player.

The longhorn love birds have even lived at Longhorn Village, the senior living community/ retirement community for The University of Texas alumni and staff, for the last ten years. The Hendersons have a tradition where they attend at least one of the UT football games per season and they have done so for the past 84 years. Talk about commitment!

They are both happy and healthy, John even continues to exercise every day! John and Charlotte attribute their endearing, happy marriage to living life in moderation. Being cordial to one another was another fact that the oldest married couple said contributes to a healthy marriage.