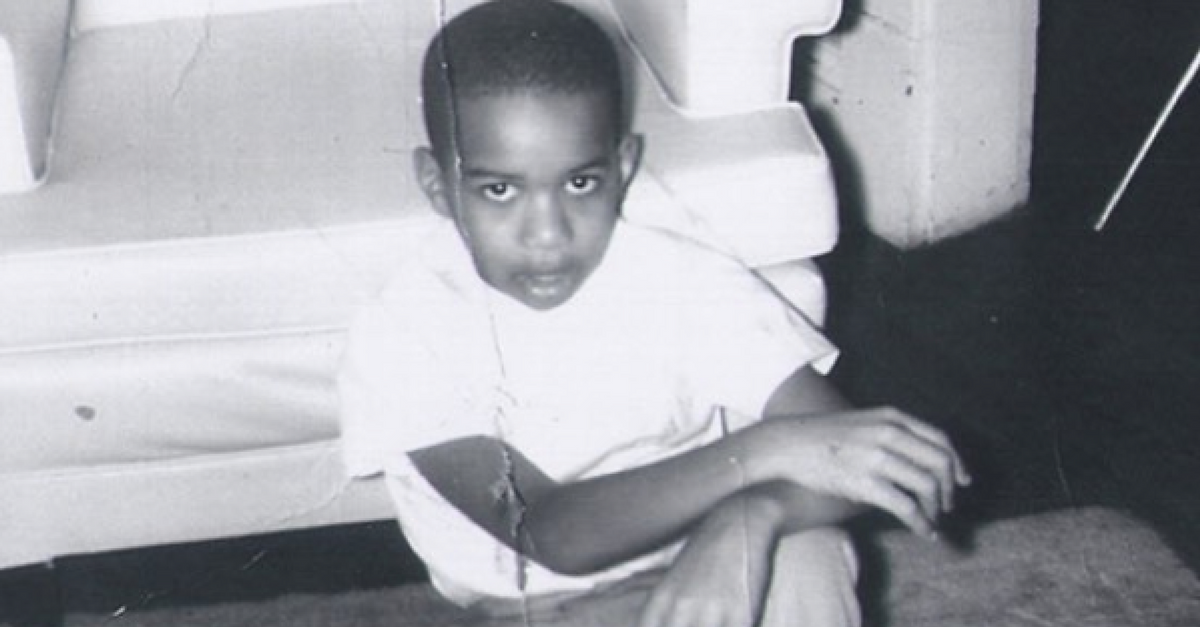 Fans are losing it after Steve Harvey shared an old picture from his childhood on social media in an Instagram post, which featured a young version of the Family Feud host.

“Guess who?” Harvey jokingly captioned the black-and-white Instagram photo that went trending, showing him lounging on the floor as a kid on Friday. In it, he shyly eyes the camera as he leans against the couch behind him. Fans were quick to figure out that the photo was of the game show host himself, pointing out that Harvey still bears a striking resemblance to his younger self.

“You still look the same!” one Instagram user wrote, while another commented, “Same look as an adult now.”

Several other fans argued that old photo of Harvey looks just like his son, Wynton, “Wow…look just like your youngest son,” one wrote, and, “OMG looking so much like your baby son,” another followed up. Not much was said at all about his daughter, Lori Harvey, looking like him. I mean, as my father’s daughter, I do actually look like my dad!

Harvey shared another black-and-white Instagram photo, this time of his present-day self, writing, “#2017 was a hell of a year… can’t wait to see what #2018 will bring.”

Harvey has had far from a smooth sailing year in 2018, but it looked like he was hopeful for what the next had in store. Between catching flack for a leaked memo he sent out to his staff, to dealing with rumors of him getting sued by his wife Marjorie Harvey for alleged “soul murder,” to also being accused of ripping off his own charity, 2018 was not nice to the beloved talk show host.

Things never really got easier for with every new year for Steve Harvey, but isn’t that just how the lives of celebs and socialites go? We still love the guy anyways.

Editor’s note: This article was originally published on December 30, 2017.